God of War Ragnarok will see Kratos and Atreus "journey to each of the Nine Realms in search of answers" as "the threat of Ragnarok grows ever closer." 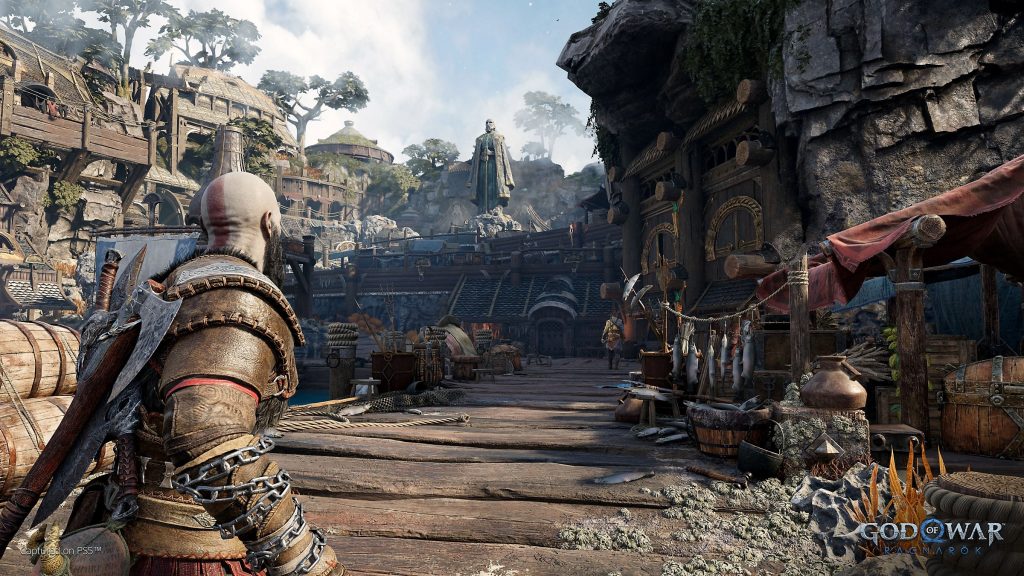 It’s no secret that God of War Ragnarok is easily one of the most highly anticipated upcoming games of 2022, and with SIE Santa Monica Studio and Sony recently having confirmed a launch date for the action-adventure sequel, excitement surrounding the game is growing steadily higher. Fans are, of course, hoping for another fairly lengthy showing of the game in the months before launch, but until then, of course, even tiny new details will do.

Tiny new details is exactly what we have here, courtesy of God of War Ragnarok’s page on the official PlayStation website having been recently updated, bringing new tidbits related to the game’s story and gameplay. A short blurb confirms, as the map in the game’s Jotnar Edition suggests, that the upcoming sequel will see Kratos and Atreus travelling to each of the Nine Realms. with the threat of Ragnarok looming large.

“Fimbulwinter is well underway,” the summary reads. “Kratos and Atreus must journey to each of the Nine Realms in search of answers as Asgardian forces prepare for a prophesied battle that will end the world. Along the way they will explore stunning, mythical landscapes, and face fearsome enemies in the form of Norse gods and monsters. The threat of Ragnarok grows ever closer. Kratos and Atreus must choose between their own safety and the safety of the realms.”

As per what SIE Santa Monica has said previously, you can expect each of the Nine Realms to have been impacted by Fimbulwinter in different ways. Read more on that through here.

In addition to that, the page also promises a “wide variety of enemy creatures, monsters, and Norse gods” to fight, as well as “a host of new abilities for both Kratos and Atreus” to unleash in combat, while Kratos and Atreus “journey through dangerous and stunning landscapes.”

God of War Ragnarok launches on November 9 for PS5 and PS4. Pre-orders for the game recently went live.