An analysis of Godfall’s brief yet impressive trailer.

Both Microsoft and Sony surprised us with the near-simultaneous announcement of the first two official ninth-gen titles: Hellblade II on Xbox Series X and Godfall on the PS5. We got very little to work with in both cases, and footage is especially scarce for Godfall. We saw barely 1 minute of what Sony described as “in-engine” footage. This doesn’t necessarily reflect on the final quality of the game visuals, but it gives us a decent idea of what’s possible on that console and with that engine.

The Godfall announcement teaser is the very first PS5 footage we’re getting our hands on. And while the usual caveats apply–it is, after all, a 1-minute canned trailer–there are some interesting highlights worth taking a closer look at. We’re going to go ahead and do that now.

Right off the bat, the first thing you notice about Godfall is the rich, thick layer of volumetrics in the first scene. We see external light illuminating volumetric fog inside the building. The fog itself blends well around the edges and appears to be full resolution. This is a key difference from eighth-gen implementations. A common shortcut developers took in the eighth-gen was lowering the resolution of volumetric effects. Because volumetrics are, by definition, hazy, half-res or even quarter-res volumetrics don’t stand out glaringly. The high quality implementation in Godfall, though, is reminiscent of CGI.

Indirect lighting is something of a bugbear this generation. Games either have an expensive GI implementation or a cheap, but low-accuracy variant: Metro Exodus and Just Cause 4 fall at opposite ends of this spectrum.  In Godfall, the PS5’s additional GPU resources appear to be enough to deliver high quality GI. During a blue magic explosion, diffuse light glints off reflective surfaces and subtly tints others.

Extensive use of dynamic shadows

Dynamic shadows hit both the CPU and GPU hard. In the eighth gen, aggressive shadow culling was a common optimization technique used to give the illusion of numerous shadowcasters, while managing the number of shadows onscreen at a time. Debris shadows, in particular were culled aggressively or omitted entirely. Another shortcut was to use heavy-handed ambient occlusion that would stand in for actual, well-defined shadows.

This is why we’re particularly impressed with the scene in Godfall where the trailer’s protagonist lies in a puddle of water. All the bits of debris around him, even pieces half the size of his fingers, receive proper shadowing. Shadow resolution and filtering are of a very high quality, so there’s little in the way of shimmer or other artifacts.

One of the PS4 Pro’s biggest drawbacks vis a vis the Xbox One X was a lack of VRAM. The PS4 Pro gave developers only 512 MB of extra VRAM to work with, compared to the PS4. Factoring in system RAM requirements, this meant that as little as 3.5-4GB of VRAM is actually available to the Pro, nowhere near enough to load high resolution texture assets. In multiplatform games this meant the PS4 Pro often loaded in lower-resolution texture assets, even  in cases where it matched Xbox One X in terms of resolution. One thing we can say confidently is that the PS5 will feature a substantially larger pool of memory. There’s no telling how large, but a 16 GB to 24 GB shared pool isn’t out of the question. With that much video memory available, it’s easy for the PS5 to deliver high quality textures that do justice to 4K displays. This is something we see in full effect in the Godfall trailer. The main character’s armor is covered in incredibly detailed texturework. We’re looking at 4K or higher texture assets across the board. Small, high frequency details, like fine scratches in the armor, are visible. 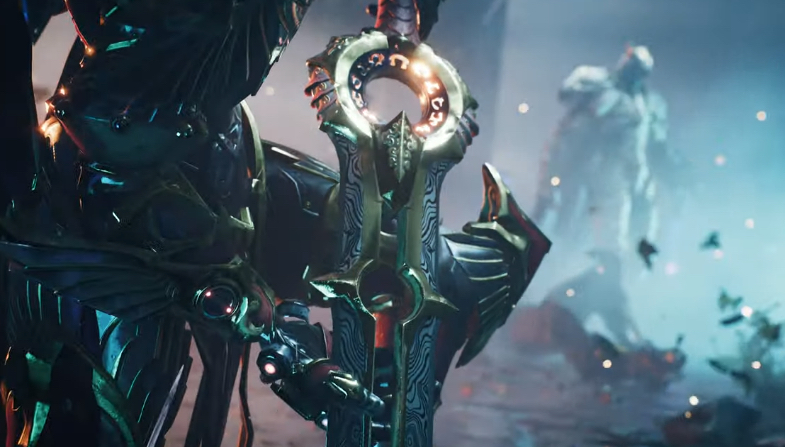 High texture quality is paired with enhanced material rendering. Physically-based rendering doesn’t exactly incur a performance penalty: there are instances of the technique being used on seventh-gen hardware and mobile. It did, however, take years for the technique to go from PhD research paper to a standard part of the material rendering pipeline in commonly used engines like Unreal 4. By the time the PS5 releases, physically based materials will be a standard feature, even in games with stylized art styles. We see the use of high quality physically-based materials in Godfall. What’s immediately noticeable is the quality of metal surfaces, with the main character’s armor exuding an accurate metallic sheen. Other surfaces are depicted convincingly as well.

It has always been a challenge to scale particle effect quality–the more particles you have on screen at a time, the more CPU draw calls and the greater GPU utilization as well. This means that developers have had to resort to shortcuts like particle culling and lowering the overall number of particles onscreen to hit eighth-gen performance targets. With Godfall, this appears to not be the case. Particle effects play exuberantly across the screen. In scenes with environmental destruction, dense particle volumes are paired with volumetric lighting to really add to the atmosphere. In other scenes, for example when a flaming sword is pulled out, we  see a very high density of particles being rendered onscreen at once. Particle transparency effects are particularly impressive. Another commonly used eighth-gen optimization is to use half or quarter-res alpha transparencies. Transparent particle effects like the flame surrounding the character’s sword appear to be rendered in at full-res.

Extensive use of post-process effects

When it comes to post-process effects, what we’re seeing in Godfall is an evolution and refinement of the eighth-gen post-process featureset. Bloom lighting, depth of field, motion blur, and temporal anti-aliasing are all in place, and all very refined.

Godfall takes place in a fantasy setting and bloom is used extensively to enhance the art direction. Bloom is liberally applied to a whole range of lightsources, from glowing eyes to braziers, and magic effects. 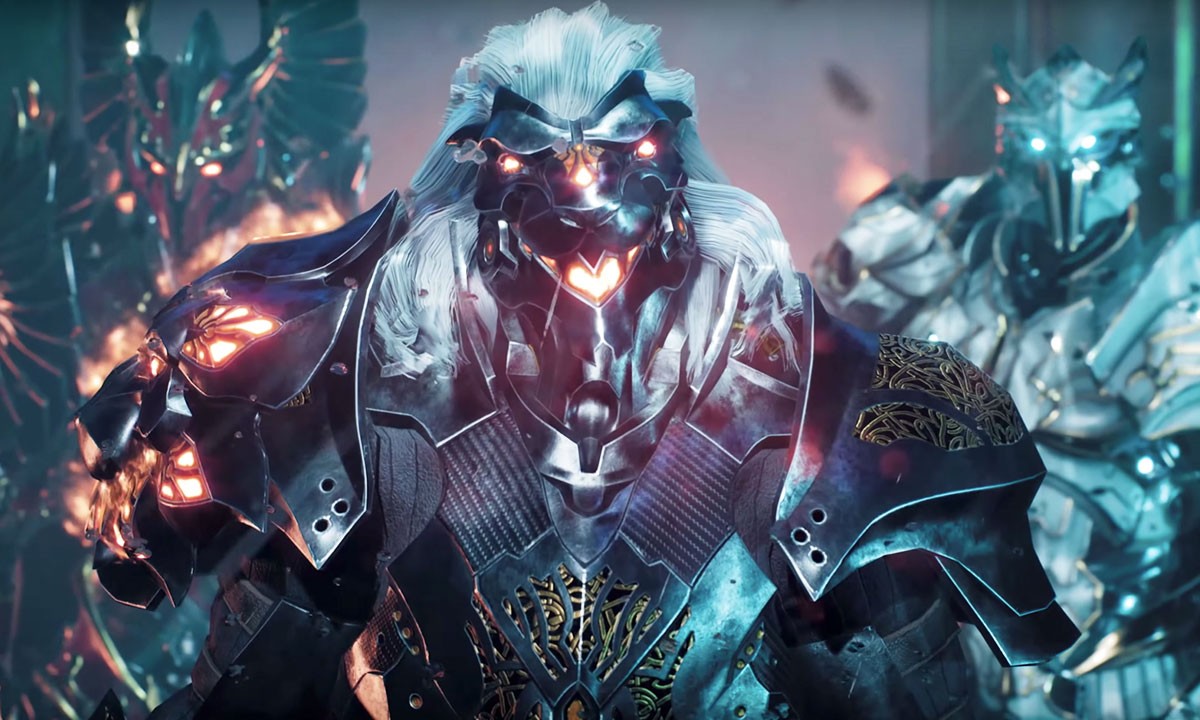 We have a high quality bokeh depth of field effect in place, with minimal haloing around objects in focus. Both per-object and camera motion blur are utilized. We are especially impressed by the high quality temporal antialiasing being used in the demo. The TAA filter here offers very thorough coverage. Transparencies and geometry receive thorough coverage, and we saw minimal artifacting, with excellent temporal stability throughout the demo. Sharpness was also not an issue–many modern titles add contrast-adaptive sharpening to offset TAA blur and that works just fine here.

We had very little to go on with the Godfall trailer. This was, again, a mere one-minute engine demo showcasing the broad capabilities of the PS5. The final game could change substantially both in terms of its character as a “looter-slasher” and in terms of its graphical featureset. So far, what we’ve seen, both in Godfall and Hellblade II is an evolution and gradual refinement of techniques first implemented in eighth-gen titles. The Navi GPUs powering both 9th gen consoles support hardware ray-tracing. We’re excited to see more 9th-gen footage in the months to come, as developers implement features that weren’t possible at all earlier.