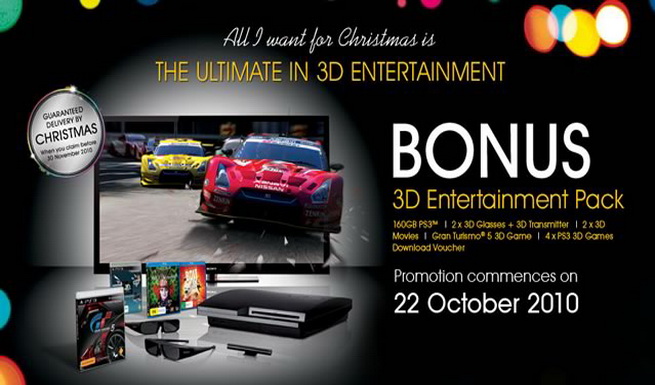 Sony Australia has announced a 3D TV/PS3 bundle which comes with a copy of Gran Turismo 5.  The good news is that they have guaranteed to ship it before Holidays which in return suggests that GT 5 will be definitely releasing before that.

This further confirms that the game is heading for a December release since Sony had earlier stated that fans can definitely expect to play it this year itself. You can wipe that sweat of your face now, GT 5 looks poised to race into stores this Holiday.