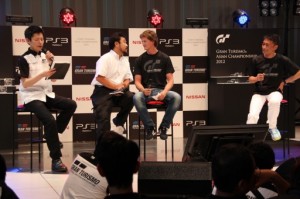 Do you need Gran Turismo 6 in your life? Then you don’t have to wait much longer, as Sony World Wide Studios boss Shuhei Yoshida has revealed to VG247 that Kazonuri Yamuchi may reveal something soon.

Gran Turismo 6 was in development even before Gran Turismo 5 came out. Yamauchi has mentioned in a lot of interviews that the game is in development but did not give specifics a lot mainly due to the reason that the fans will mock them of delays if they prematurely announce anything.

Gran Turismo 5 came out in 2010 and was met with scathing reviews but managed to sell almost 8 million units worldwide showing that the brand was still very much relevant worldwide.

‘Kazonuri seems to have been talking about, so I won’t be surprised to hear more of his plans, our plans, about the future of Gran Turismo,’ he said.

Our representative, Jordan, is in Cologne right now, so stay tuned for more news and information at GamingBolt.