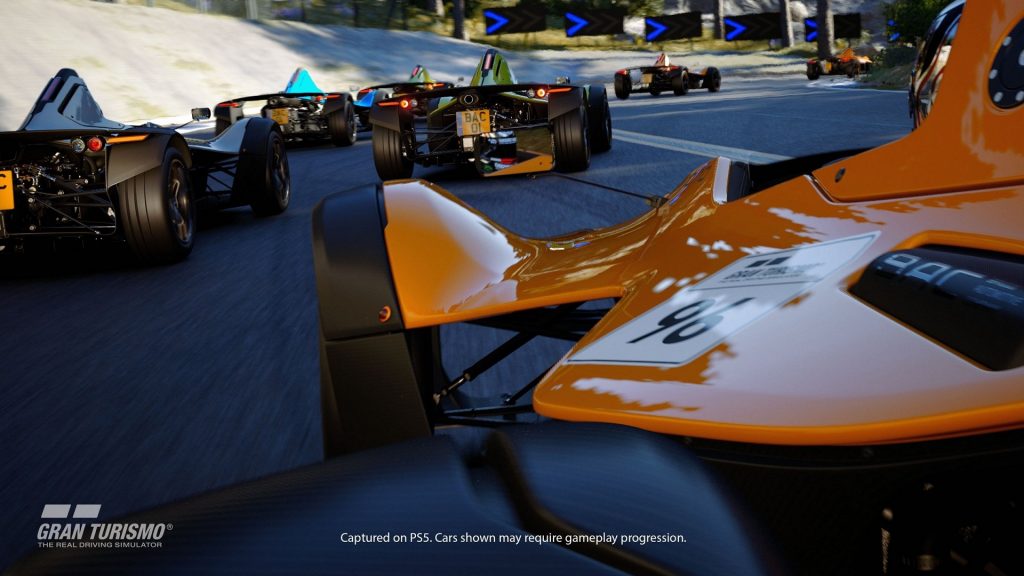 At the recent PlayStation Showcase, Sony showed off new gameplay footage from the upcoming Gran Turismo 7, while also confirming a March 2022 release date for it. To go along with that reveal, they’ve also published a new update on the PlayStation Blog, written by series creator and producer and Polyphony Digital president Kazunori Yamauchi, in which he provides various new details on the game.

The Livery Editor, first introduced in Gran Turismo Sport, is also returning, with improvements being made to utility, accessibility, and the user interface. Something completely new, however, is Scapes, which is a dedicated mode where you can take photos of the vehicles in the game with plenty of editing tools and options. “Scapes* allows you to have complete control of photorealistic shots using HDR technology (when you have a HDR capable display), expert level effects, and even panning shots,” Yamauchi explains. “You will be able to photograph your car freely in photo spots across 43 countries and over 2,500 locations, and every moment captured can be shared with others that has same love and passion as you.”

Meanwhile, Gran Turismo 7 is also bringing back several past circuits, including the likes of Trial Mountain and High-Speed Ring. These tracks will be “higher in detail to match the PS5 console’s power of expression, with additional work done to parts of the layout.”

Interestingly enough, Yamauchi says Gran Turismo 7 is “clearly designed as a ‘Car Collecting Game’, even more so than the GT series of the past.” The in-game GT Cafe will “navigate the player’s adventures in the world of GT, presenting a specific collection of cars that have a cultural meaning from the past, present, and future.” The more cars you acquire, the further you progress.

GT Auto is also returning with wheel changes, wide body modifications, the addition of roll cages, other aerodynamic parts, car wash, engine oil changes, and more. Additionally, GT7 will also once again allow players to start with a stock vehicle and then “build their car up gradually to fit their preference, through adjustments made on engine performance, suspension, transmission gearing, brakes, tires, etc.”

Finally, new details on time/weather change simulations have also been detailed. “Referencing a massive amount of meteorological observation data, we have recreated spatial / time of day conditions for particle size distribution and concentration distribution of aerosol particles in the atmosphere on a global environmental scale, in a procedure that is unique to the Gran Turismo series,” Yamauchi writes. “The validity of the simulation was checked using Scapes HDR images, for which we have accumulated data for several thousand spots all around the world. As a result, we have succeeded in expressing real and complex skyscapes and changes in light for different times of day and weather.”