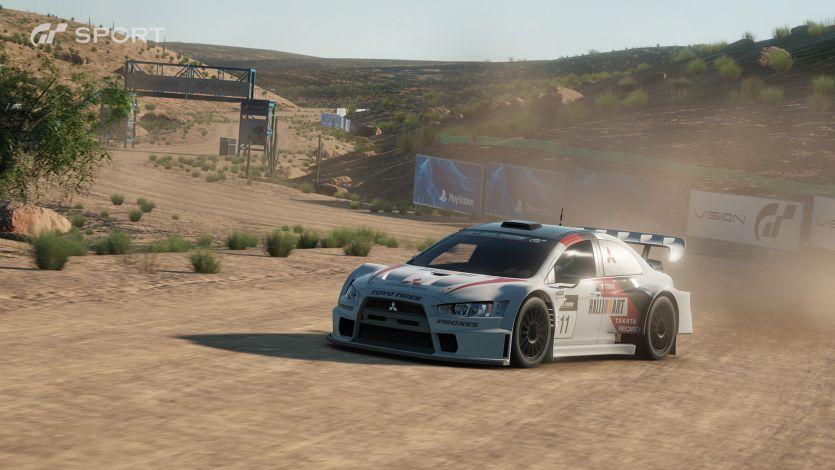 Gran Turismo is a series that has usually always been at the forefront of cutting edge technical innovation- that’s one of the reasons it became so big to begin with. Gran Turismo Sport doesn’t look like it will necessarily live up to that legacy, but developers Polyphony Digital are nonetheless determined to ride the crest of all the waves that new technology like 4K and HDR are making.

Speaking to the PlayStation Blog, director Kazunori Yamauchi expressed enthusiasm for the PS4 Pro, Sony’s newly released more powerful console, pointing out how something like this has never quite been attempted in the market before.

“PS4 Pro marks a historical moment,”Yamauchi said. “It’s the first time video games are going to exceed and better the quality of images in movies, broadcasting, and packaged media out there.”

He also went on to detail the various ways in which the game will leverage everything that the PS4 Pro has to offer.

“I think the world of 4K and 60 FPS is a pinnacle for the games industry, and to be able to provide that sort of quality on a home console is something special,” Yamauchi said. “All the cars look fantastic in 4K in terms of the detail improvements, but if you look at it from the aspect of HDR and wide color, about 11% of the cars in the real world today don’t fit into the standard color space that was possible in games up until now.

“Cars like Ferrari… it wasn’t actually possible to accurately represent that particular distinctive red in games unless you used the wide color space that’s now available in GT Sport. So the brightly colored cars out there are now going to look perfect in the game.”

He also discussed how the implementation of something like HDR came with its own challenges.

“In order to support HDR compatibility, we had to start with the development for a capable camera because there are no devices out there that were able to capture images in HDR and wide color,” he said. “Doing that kind of data gathering wasn’t easy when we first started, so we had to design systems for the camera. In the past we’ve used RGB image sensors, but we had to utilize a spectra base image sensor to capture the proper colors and light that could not be recorded by RGB sensors in the past.”

All in all, it does definitely sound like Polyphony Digital will at least try to utilize the PS4 Pro and everything that it has to offer meaningfully. Whether or not they succeed is something that remains to be seen. Gran Turismo Sport is due out for a launch exclusively on the PS4 in 2017.