We have the full box art of GTA 5 and it’s as generic as you can expect. But it’s GTA and it’s awesome. The box art shows the in-game characters like the previous games in the series.

Rockstar Games is sticking to a same formula here and hey if the formula works then they don’t need to change it, right?

The game will be released in September and there have been a ton of details that we know about the game. The game is supposed to be bigger than Red Dead Redemption, San Andreas, and GTA 4.

There’s a helicopter, guy with a mask, guy on a bike, girl with an iPhone, the three protagonists, dog, and a random picture of a car. Yep, it’s a GTA box art all right. 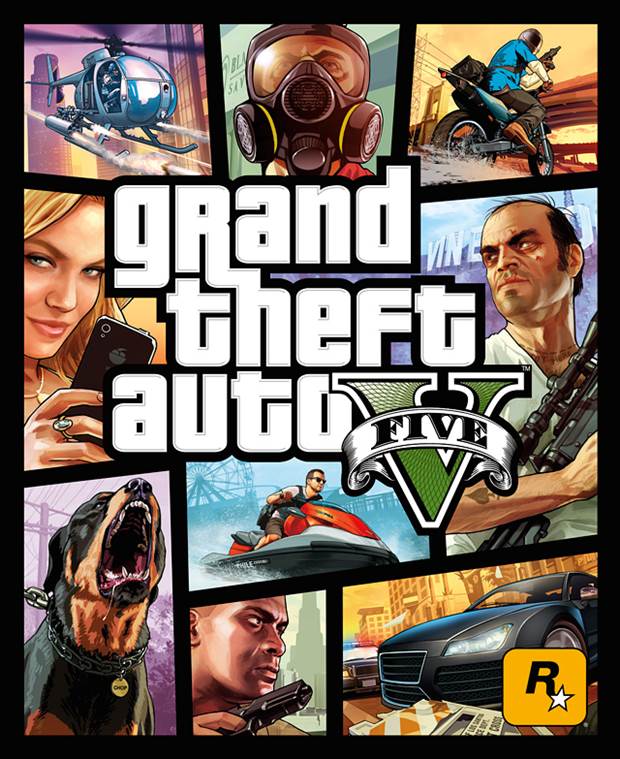