Rockstar announced the new Grand Theft Auto IV DLC exclusively on the Xbox 360. This will be  downloadble from the Xbox Live Marketplace  like the “Lost and the Damned”. The name of this new DLC is “The Ballad of Gay Tony” and it will be released this fall for $19.99.

What Rockstar said about this new DLC is that in “The Ballad of Gay Tony”  players will take on the role of Luis Lopez, hoodlum assistant to nightclub owner “Gay” Tony Prince. Players will  “struggle with the competing loyalties of family and friends, and with the uncertainty about who is real and who is fake in a world in which everyone has a price.” Which doesn’t really tell us anything about the story, or if it is connected in a way to “Grand Theft Auto IV” or the “Lost and the Damned”, but one thing is for sure, you play as a new character, which is how it should be. 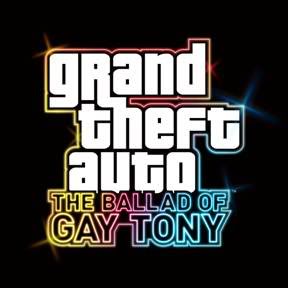 Sure the name of this expansion is not as exiting or good as other game and DLC names, and im sure all of you know the reason.

So for now, let us know what you think about this game, and stay tuned to GamingBolt.com where we will have full stories and details on E3 2009, and perhaps this very game.

Alpha gameplay footage and screenshots have also leaked online, while it's also being claimed the game is unli...

Alan Wake 2 Will be Welcoming to Both New and Returning Players, Developer Says

However, those familiar with the Remedy Connected Universe will find plenty of "connections, pieces of lore, a...