Over a year on from its original launch, the troubled remastered trilogy seems to be making its way to additional PC platforms. 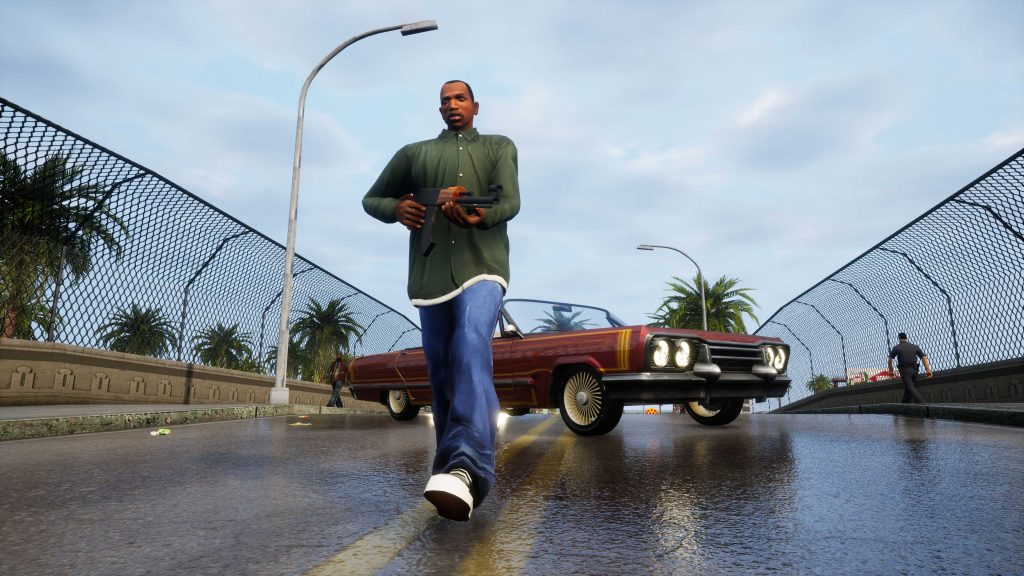 It’s fair to say that Rockstar didn’t handle Grand Theft Auto: The Trilogy – The Definitive Edition with the sort of care and attention that a release of its magnitude deserved, and even though it was quite successful from a commercial standpoint, critically speaking, the remastered trilogy doesn’t exactly have the best reputation. If, however, you’re looking to jump in and give it a go, on PC, soon you’re likely to be able to do it through more than just the Rockstar Launcher.

As per billbil-kun – a known leaker who frequently leaks PlayStation Plus’ monthly lineups ahead of time – GTA: The Trilogy – The Definitive Edition is set to launch for the Epic Games Store on January 19, over a year on from its original launch. Whether that means it will also be coming to Steam at the same time remains to be seen, but it would make sense if that were the case.

In our review of the remastered trilogy, we gave it a score of 6/10, saying, “Grand Theft Auto: The Trilogy – The Definitive Edition can be fun to play thanks to the inherent strengths of the three all-time classics it remasters, but the remastering itself feels shoddy, thoughtless, and rushed.” Read the full review through here.

GTA: The Trilogy – The Definitive Edition is available on PS5, Xbox Series X/S, PS4, Xbox One, Nintendo Switch, and PC.

Grand Theft Auto: The Trilogy – The Definitive Edition will be released on Epic Games Store on January 19th at 4PM UTC
It will be on sale too with 50% off discount during the first week#GTA pic.twitter.com/too3dgsRGQ