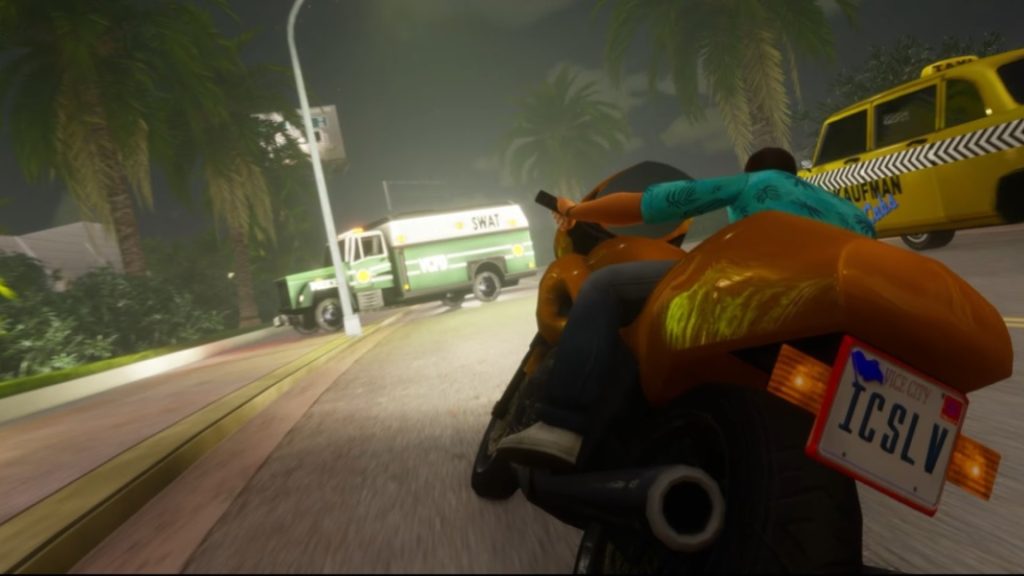 It’s been a while since Rockstar officially announced Grand Theft Auto: The Trilogy – The Definitive Edition, but not a single screenshot or trailer had ben released for it so far. That is finally no longer the case. Having recently announced the collection’s release date, Rockstar has now released a debut trailer for it as well.

The trailer does a good job of showcasing the visual improvements that we’ll be seeing across GTA 3, Vice City, and San Andreas. According to Rockstar, the remastered trilogy will feature new lighting and environmental upgrades, high-resolution textures, increased draw distances, and more, along with a revamped GTA 5-style control scheme in all three games. Check out the full trailer below.

Grand Theft Auto: The Trilogy – The Definitive Edition launches on November 11 for PS5, Xbox Series X/S, PS4, Xbox One, Nintendo Switch, and PC, with a physical release coming on December 6. The trilogy will also launch for iOS and Android sometime in 2022.

The trilogy’s full list of achievements was also recently leaked. Read more on that through here.