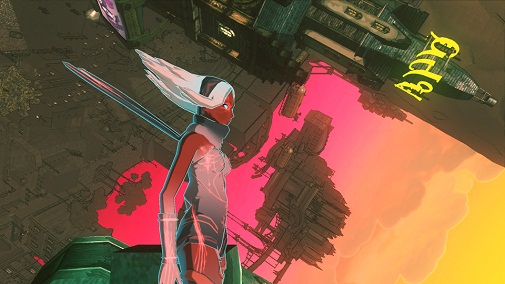 This is an interesting revelation, as Gravity Rush director Keiichiro Toyama has mentioned on the US PS Blog that he was inspired by Crackdown a lot, and gave plenty of reasons to support it.

“The game I was most influenced by was Crackdown,” he said.

“I really like the aspect of unlocking skills and becoming more powerful, and achieving a higher level of freedom as you become more powerful. Plus the open world setting. I enjoyed moving in that game.”

“It wasn’t decided at the beginning. We took a lot of different approaches. I requested not just falling vertical, but horizontal. And we thought maybe open world works better with that,” he said.

“This world is based in gravity, so it matches that the level becomes big not just vertically, but horizontally as well, so you can fall and travel in any direction.”

Gravity Rush will be released in June for the PS Vita, and most of the reviews so far has praised it a lot. I have to be honest here, though. I absolutely hate Crackdown. I’ll even go as far as to say that it’s the worst game I’ve ever played, but Gravity Rush looks interesting to me.