Grim Dawn Wiki – Everything You Need To Know About The Game

Everything you need to know about Grim Dawn.

Crate Entertainment was founded in 2008 by former staff members of hack-n-slash action RPG Titan Quest developers Iron Lore Entertainment, which was closed down a few months earlier in that very year. In 2009, the studio announced that it had acquired licensing rights to use the same engine that had also been used for the development of Titan Quest. Finally, in 2010, it was announced that they would be using the engine to develop a new hack-n-slash RPG titled Grim Dawn, which would act as a spiritual successor to Titan Quest.

After initially accepting funding from fans through pre-orders and donations for the development of Grim Dawn, the developers revealed in interviews that the amount they had accrued had not been enough to completely fund the project’s development. Following this, they started a Kickstarter campaign for the funding of Grim Dawn’s development in 2012. They set a goal of $280,000, with the campaign reaching the halfway point within just four days. By the time the campaign ended, they had collected far more in funding than their goal, with $537,515.

An alpha version of Grim Dawn was released through Steam in 2013, before the game received its full launch on PC in 2016. Crate Entertainment later announced that an Xbox One version of the game was also in the works, and was scheduled for a launch in the second half of 2018. However, there has been no update from them regarding this since then. 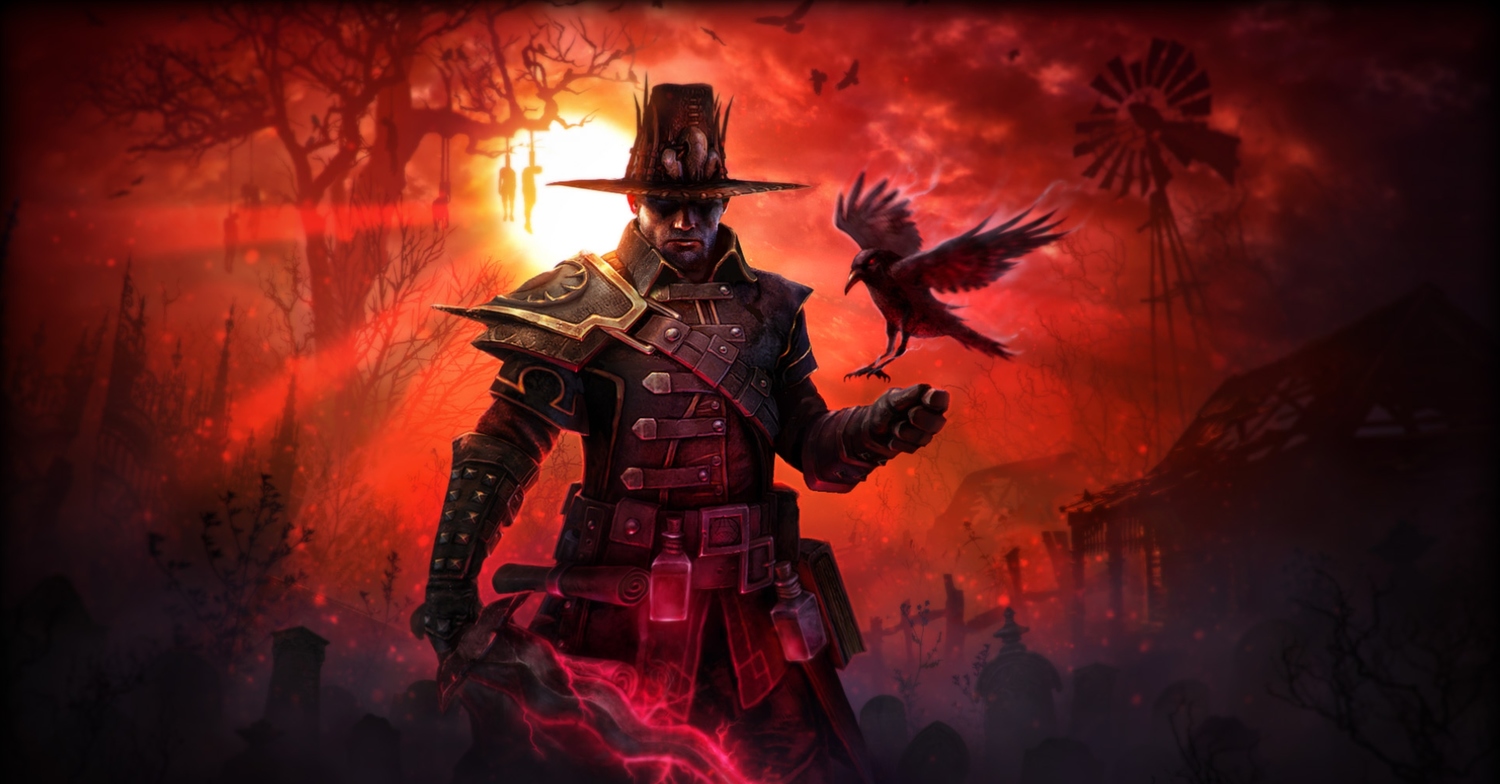 Grim Dawn takes place in the dark, war-torn, post-apocalyptic world of Cairn, which is caught in the middle of a ravaging war between two extra-dimensional species of beings, known as the Aetherials and Chthonians, while the scant remnants of humanity struggle to survive in the crossfires. Both sides of the war seek to destroy humanity in one form or the other. While the Aetherials wish to control humans and use their bodies as resources, while the Chthonians wish to wipe out the human race completely to prevent the Aetherials from being able to make use of them.

Years before the beginning of the game, during a time when the world was prospering and hadn’t been destroyed, human researchers came into contact with the extra-dimensional Aetherials. Wishing to know more about them, the researchers open a portal with the intention of bringing one through, while as a failsafe they also devised a way to capture it. Once captured, the human researchers conducted experiments on the Aetherial, and learned that these beings are made of a spiritual energy known as aether, and that they have the ability to fuse with the human mind possess the human body if the host is unable to withstand their attempts at control. 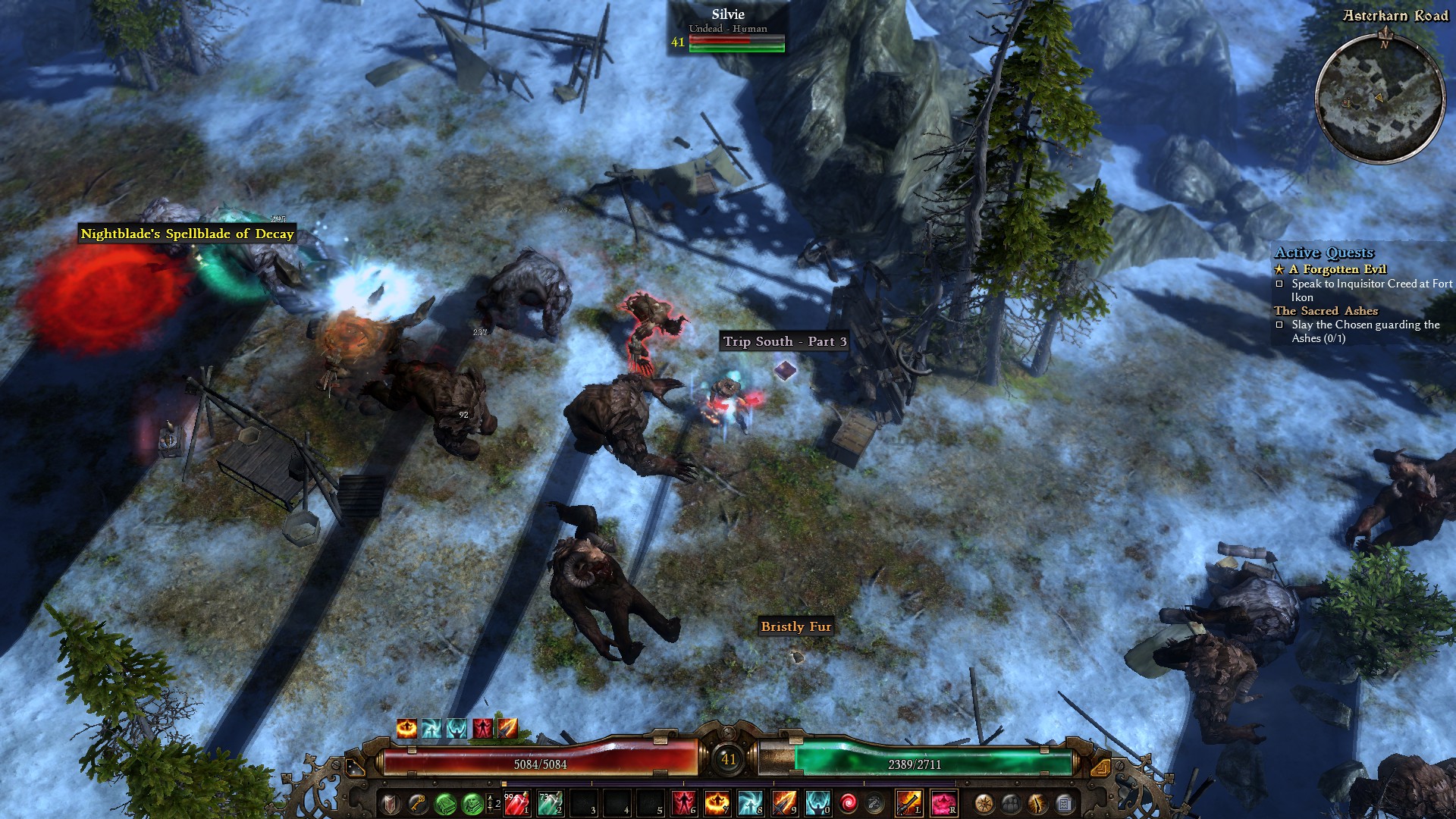 However, the researchers also discovered that if the Aetherial was successfully removed from a human’s body after it had been possessed, the human would be left with heightened abilities. Wishing to take advantage of their findings, they attempted to bring over more Aetherials into their world. However, things got out of hand, and the Aetherials were let lose, upon which they opened more portals to allow even more of them to come through, which kicked off them enslaving the entire human race, and the Chthonians’ subsequent attempts to wipe out humanity to prevent them from doing so.

Years later, small and scattered remnants of humanity are attempting to survive. As a result of surviving possessions from the Aetherials or from exposure to the warp, several humans have begun exhibiting heightened abilities. While some survivors fear humans with these abilities, others have come to believe that they may be they key to fighting back against both extra-dimensional species and consequently reclaim their world. 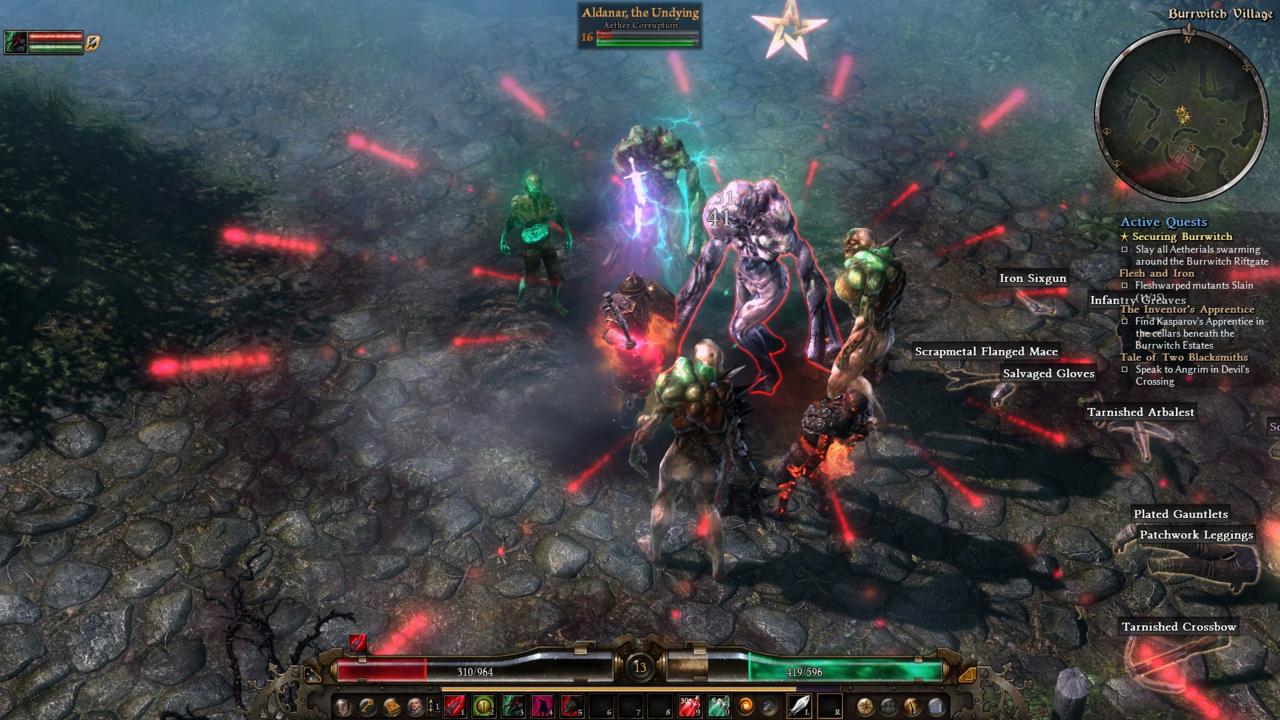 Grim Dawn is a hack-n-slash action RPG that is played from an isometric perspective, similar to games such as Titan Quest and Diablo. Like those games, its gameplay loop revolves around attaining increasingly high level loot from defeating enemies. The game is set in an open world environment, while dungeons often having blocked or hidden paths which lead to higher level treasure and loot, encouraging exploration. Similar to Titan Quest, Grim Dawn also has a physics engine that is central in its combat, featuring ragdoll physics. Due to the physics engine, combat also features dismemberment of limbs and body parts, as well as damage and damage effects that are specific to which part of they body attacks land on. There are also limited destructible environments, and players can destroy doors, furniture, walls and the like to reveal hidden or alternate routes. The game also has a recipe based crafting system, and recipes are attained through exploration, interacting with NPCs, or by defeating enemies.

Grim Dawn’s quests revolve around a faction system, which also ties in with choice and consequence mechanics that affect both the gameplay and the narrative. After completing an initial quest for each of the factions, players are free to align with whichever faction they choose. There are a total of 16 factions, 4 of which were added in the Ashes of Malmouth expansion. Players can complete quests or slay monsters for any of the faction, and by doing such activities, they gain reputation or infamy with all the NPCs of the game’s world, depending on which faction they belong to. Reaching a certain level of reputation with a faction unlocks unique items, discounts at vendors, and faction-specific quests. Each faction also has unique equipment that players can unlock through gaining more reputation with that faction. As a player’s infamy with a certain faction grows, that faction continues to grow more hostile, and dangerous and more tougher enemies belonging to that faction start spawning. 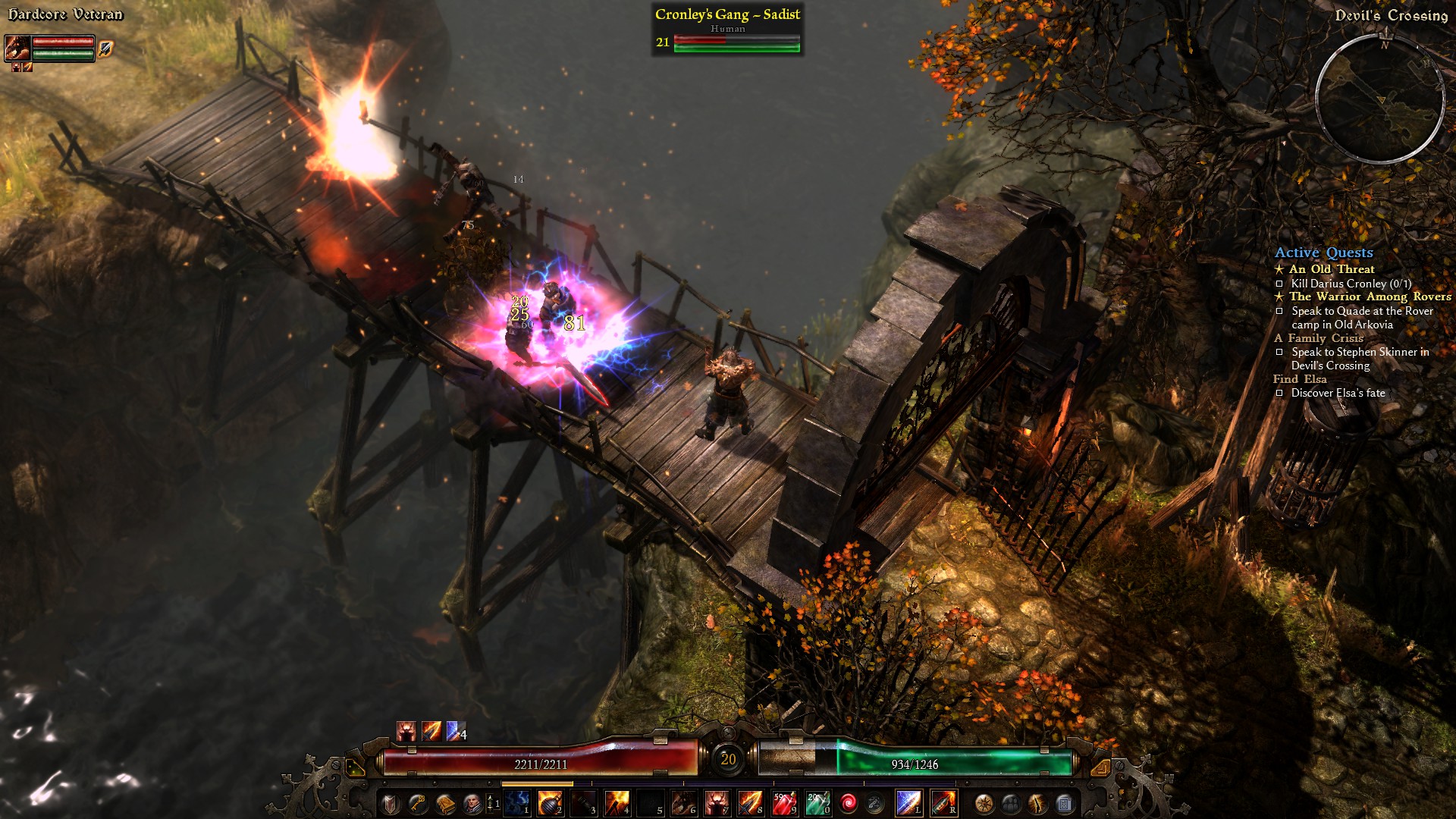