GRIP Races Out Of Early Access, Launches This Fall

Buckle up, GRIP is coming... 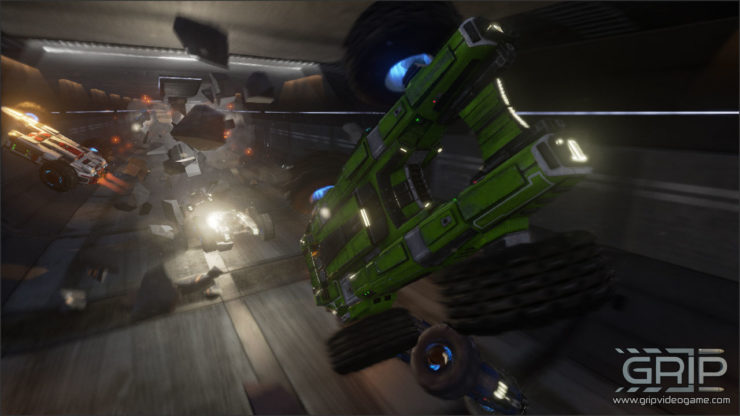 While it’s been seeing an extended tune up on Steam early access for a while now, it seems like the futuristic racing title GRIP is set to peel out of the garage later this fall according to a new press release by the game’s publisher Wired Productions, complete with its own trailer.

Boasting 15 armoured cars with their own unique stats, 11 weapons to wield against your foes, 19 daunting tracks and 767 Miles Per Hour of speed, Caged Element Inc, the team behind the arcade classic Rollcage is confident that players will enjoy their new title. Those with a PS4 Pro or Xbox One X can look forward to some unspecified improvements as well.

The game currently enjoys a 90% positive reception on Steam Early Access, meaning when it officially launches this fall on PS4, Xbox One, Nintendo Switch and PC, racing fans should be in for a real treat. You can see the trailer for yourself just below.