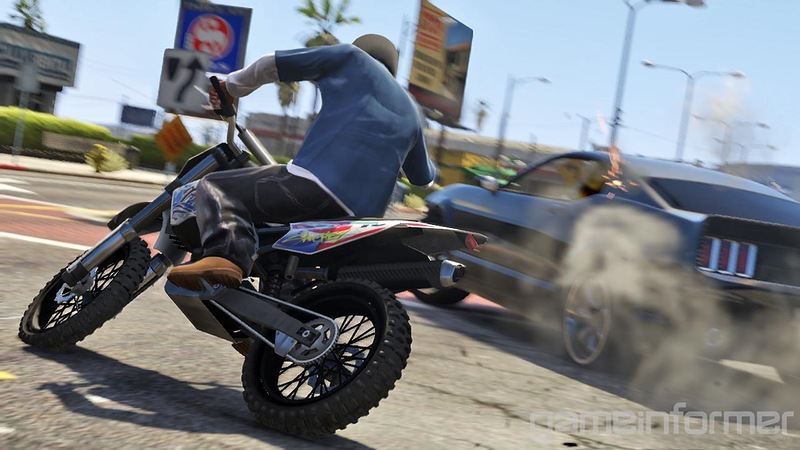 GTA 5’s second trailer was spectacular but we have more information on the game and this is something that you will love. GameInformer writer Matt Bertz went to Rockstar Studios to learn more about GTA 5 knows a lot about the game and he answered some questions fans had regarding the game.

Some new information was revealed and it seems that there will be a lot of mission variety, and an inventory system this time around.

Here’s what he had to say about missions: “Rockstar is doing a lot to change up the missions in GTA V. Some missions will only feature one playable character, whereas others will feature two or three. This should give the missions a healthy amount of variety. A lot of the missions will be prepping for and pulling off complex heists. The switch mechanic also lets Rockstar skip over the flat spots in missions to always keep you in the action.”

On inventory system: “Right now, each character has his own inventory and money, but Dan Houser explained that this is something Rockstar normally addresses late in the day so the system could change before the game’s release next spring.”

Returning characters: “No. None of the characters from GTA III, Vice City, or San Andreas are in the game. However, a couple of familiar faces from GTA IV may visit the west coast.”

On game’s humor: “The demo we saw was focused on a rather serious mission (breaching the offices of the IAA, which is the GTA equivalent to the CIA), but it seems like Trevor’s madness and Michael’s family dynamic provide ample opportunity for comic relief. From flicking off people as he’s driving down the street to busting the balls of the security agent guarding a helicopter, Trevor’s unhinged antics brought a smile to our faces. Television, radio programs, and the Internet return as well, each of which was a great source of humor in previous games.”

Fans were quick to recreate the second trailer in GTA 4’s engine, have a look at it below.