The leaked image was fake, people. 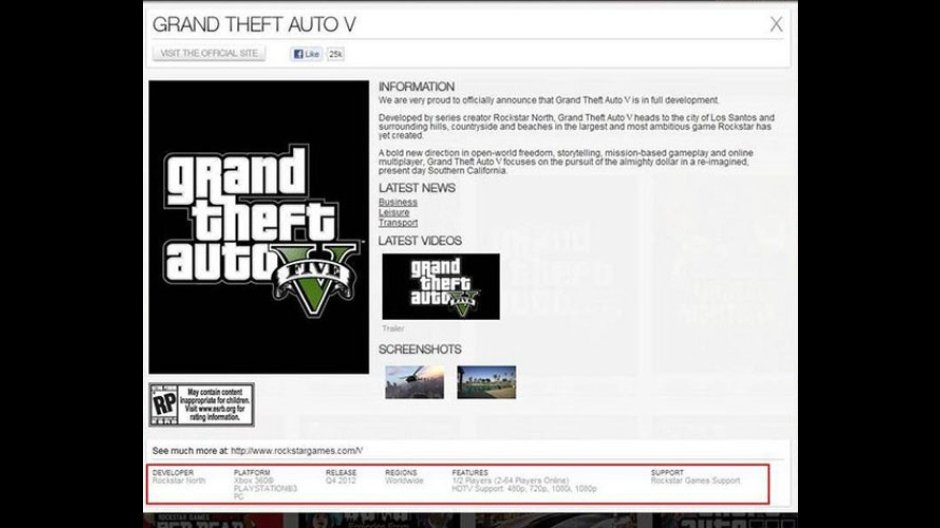 People need to be wary of fake rumours and news about GTA 5 considering so many people are desperately waiting for the game to come out. This can cause some miscreants to take advantage of the situation and misguide the people, in other words “troll” people.

Recently an image was leaked showing that the game was going to come out on Q4 2012 for all regions. However, this image was clearly doctored and isn’t something that was legitimately captured off Rockstar’s website. So if you’re thinking about a possible 2012 release date, that really seems unlikely at this stage even though they have started posting gorgeous screenshots from the game.

Rockstar themselves warned people not to fall for such rumours and use their common sense and wait for official updates. However, a little speculation doesn’t hurt anybody.

“There is going to be no shortage of non-stop hoaxes, faked footage and screens, rampant rumours and speculation. As a rule, we are not going to get into the game of confirming or denying each of these as they happen as here is simply too much of it. Half of them we don’t even understand,” they had mentioned few months ago.

You can check out all the screenshots and other info about the game over here.