GTA Online TO Have One Week Of Double GTA$ And RP

Plus, discounts on aircraft products.

If you’ve been thinking of kicking the habit as far as Grand Theft Auto Online is concerned, well, Rockstar has just the thing to keep you around. And if you’re someone who has always been vaguely interested in the game, but never quite given it a fair spin, then now might not be a bad time to jump in.

A new set of bonuses and incentives is now being offered to players in GTA Online, giving players double GTA$ and RP for completing Versus missions, regardless of whether they win or lose. Players can also earn double RP in the Freemode for flying under bridges (because GTA has always been about safe conduct), and for completing flying lessons at the San Andreas Flight School.

Finally, discounts will be offered on aircraft weaponry and clothing all week. Among the items on sale are:

GTA Online is available on PS4, Xbox One, and PC. 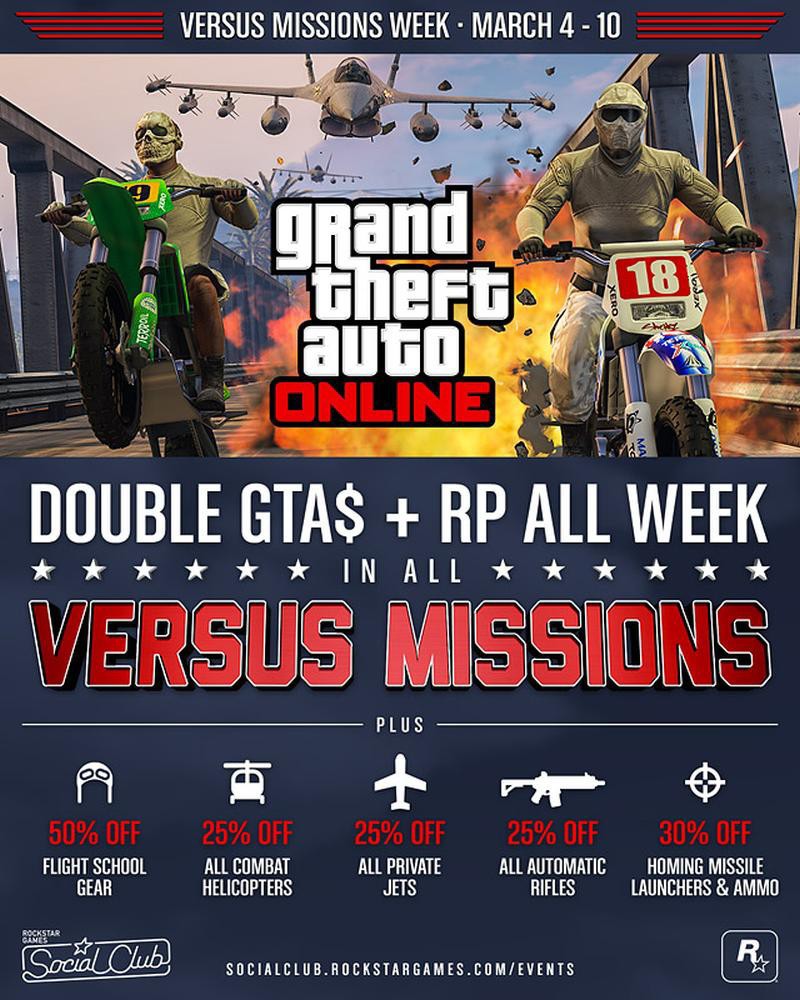