The mod also completely removes seawater and adds the ability to have tsunamis. 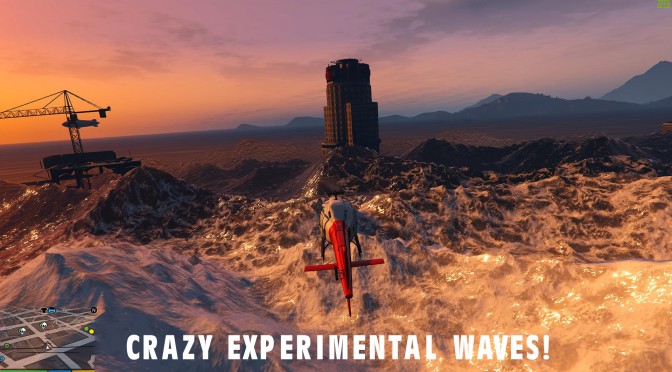 Now that Grand Theft Auto V has been out on PC for a while, the mods are truly coming out fast and furiously. The latest mod is one that adds an “Atlantis mode” to the game that brings a total lack of seawater and allows users to see what would happen if Los Santos was hit by a tsunami.

This new mod is brought to gamers thanks to GTA5-Mods member ‘Script Mods.’ There are actually three different game modes, all dealing with the seas. The first is the Atlantis mode which doesn’t introduce Namor or Aquaman but it does put the entire city of Los Santos underwater. The second mode does the opposite, as it completely takes away all of the seawater from the coastal town. The third game mode brings the ability to see what would happen should giant waves start crashing on the city.

This mod comes after quite a bit of conversation has surrounded GTA V mods and what might lead to getting banned. Rockstar has basically come out and said they probably won’t ban you if you install these kinds of mods, but you also won’t get official support if something goes wrong. For those who want to try the mod out, you can download it here.

Script Mods has also included helpful instructions to install the mod which are as follows:

You will also need OpenIV [2.6] in order to use this GTA V mod, which can be found here. Check out videos of what the mod looks like below.