uacamelee! is a unique and humorous 2D side scrolling action platforming exclusive tile on the PlayStation Vita developed by DrinkBox Studios. Guacamelee! features fantastic combat and platforming puzzles to create a fun experience.

As always, I will discuss the presentation of the game, gameplay, trophies and overall verdict. Let’s begin. 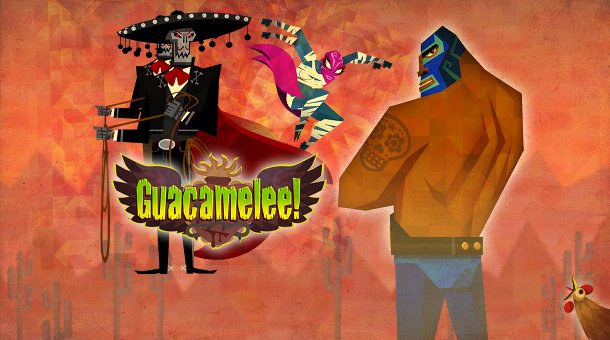 Guacamelee! shines across the board with its unique and funny theme. The art is beautifully drawn and animated. The graphics is smooth as butter and stays at a beautiful 60 Frames-Per-Second on the Vita’s awesome LED screen. As you keep on playing you will visit areas with different background themes. The developers did a phenomenal job at keeping everything consistent while changing the styles of the levels all throughout the game.

The story in Guacamelee! is nothing new or original, but it gets the job done. You play as Juan Aguacate whose objective is to save the El President’s daughter from the Evil Charro Skeleton. The game takes place in a small village, in Mexico. The village is filled with unique and quirky characters that can be interacted with to activate side quests. Thanks to Guacamelee’s charming art-style and personality the story makes the adventure humorous and a little bit exciting along the way. 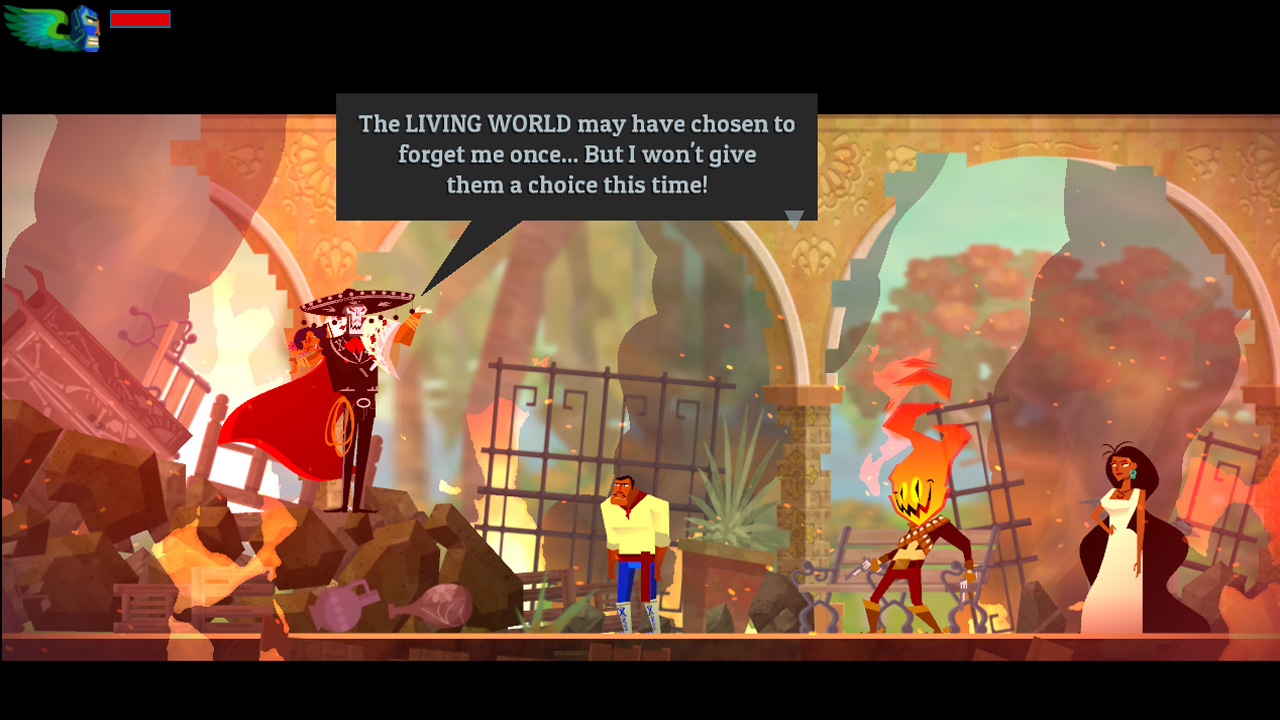 The soundtrack is most likely one of the best I’ve heard in a long time. Each level in the game has its own theme song, so you are never stuck with listening to the same music over and over again. The tunes are catchy, and a joy to listen to. It’s going to be one of those video game soundtracks that will be stuck in your head for years to come and remind you of how gorgeous and fun this game was back when it was released. I have absolutely no complaints regarding the game’s overall presentation, graphics or it’s sound design.

Everything is so well put together that it just creates one ultimate package that genuinely makes this title stand out on its own and be different from everyone else thanks to the game’s great production values.

The gameplay in Guacamelee! combines unique platforming sections and fun combat mechanics all throughout the whole adventure. The game’s structure is centered on a hub-town where you can talk to different people to get unique side quests to unlock trophies. However, you can just completely ignore all the miscellaneous stuff and just move on and follow the main quest-line to complete the story. 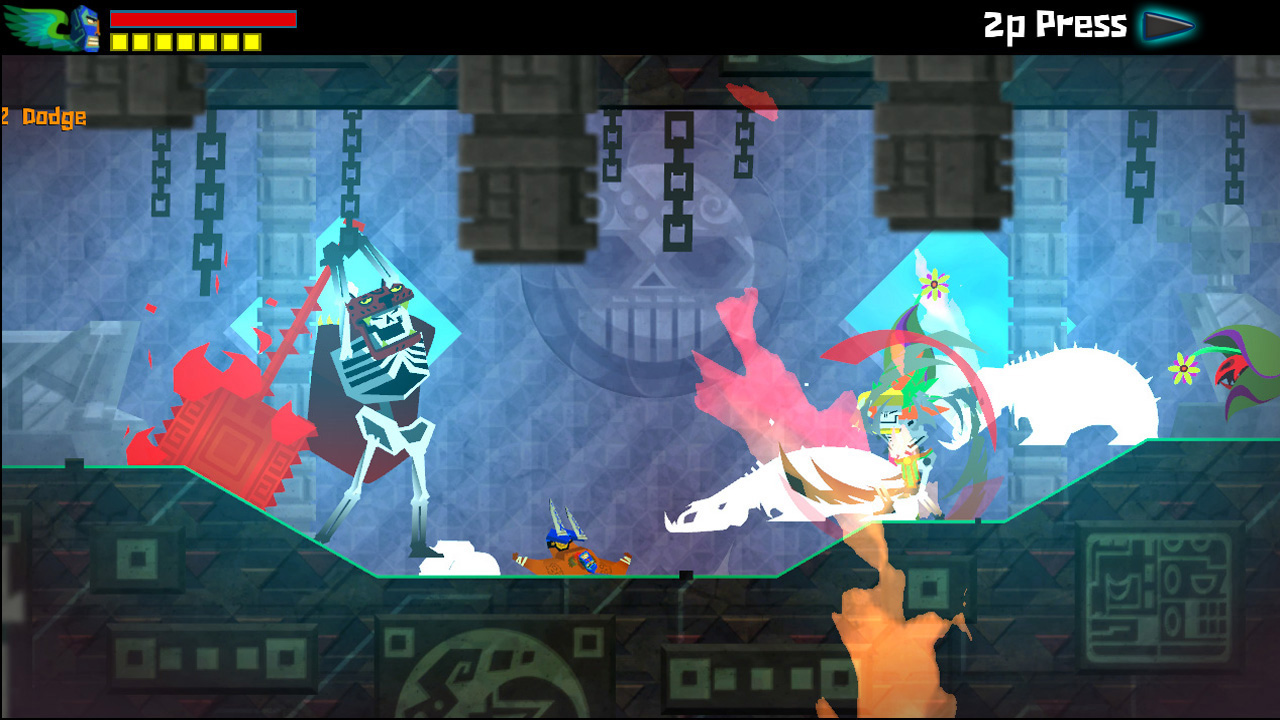 Following the main quest-line will lead you to a particular level with a ton of challenging platforming sections, combat zones and hidden areas that contain coins, health and stamina upgrades. As you play through the game, you will come across a goat man that gives the character special abilities such as; head-butting attacks, dashing, flying across an area by launching yourself from a wall and more.

These unique abilities also add more depth to the combat system of the game. Thanks to the game’s beautiful animations it’s a ton of fun to try to chain combos on enemies and just enjoying the show of how fluid the combat system is. It feels visceral and engaging.

The player is free to explore the level at their own pace before they decide to face the main boss of the area. Players will come across shops that act as quick-save checkpoints and vendors. In these shops, you can buy upgrades for Juan’s health, stamina and other neat things. 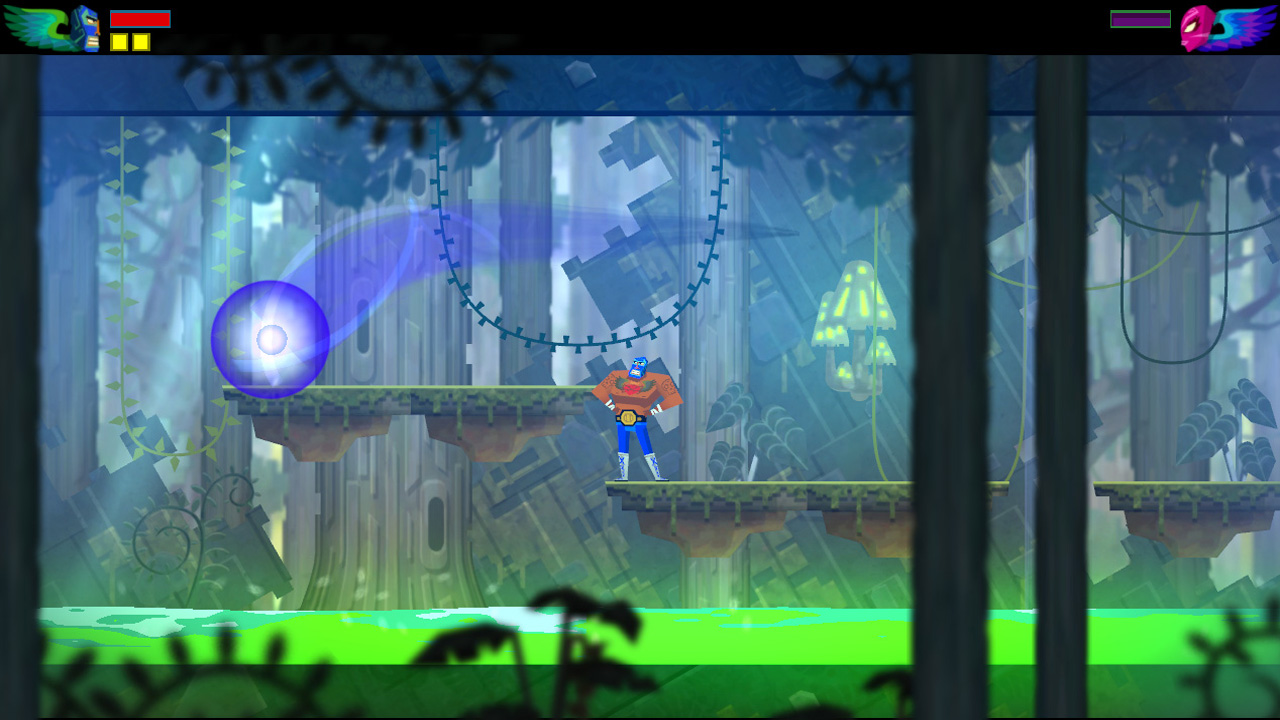 This game is filled with a ton of secret areas. If you want to unlock everything in the game and get all the hidden chest, maximize your character upgrades, collect secret orbs and unlock all the trophies then get ready for a lot of revisiting.

Trophies in Guacamelee! are for the most part straight-forward. It will take around 10-15 hours to get the platinum. Once you beat the game first time you will unlock ‘Hard Mode’. Beating the game on Hard Mode grants you another trophy towards your platinum requirement.

Players will also be required to complete side-quests in the game, find hidden orbs and all of the hidden chests throughout the entire game. Purchasing everything from the checkpoint vendor shops will also unlock a trophy. Overall the trophies are fun, they are not super hard or too easy, instead they are just perfect in my opinion as far as the difficulty and time consumption is concerned.

Overall Guacamelee! is one of the best exclusive indie games I have played since PixelJunk Monsters. I really enjoyed the game’s art direction, animations, catchy soundtrack, engaging combat, excellent gameplay all throughout the entire course of the game and cross-buy is a plus. At $15 Guacamelee! is a must buy and well worth the price. I deeply hope that Drink Box Studios will make a sequel because if they will I will get it in a heartbeat.

Fantastic production values, great soundtrack and beautifully animated 2D Art, Humorous all throughout, engaging combat and challenging platforming sections, Cross-Buy is always a plus in my book