Activision made some details available for us from the upcoming Guitar Hero 5, and we have them:

You will see new modes in Guitar Hero 5, such as “Party Play” and “RockFest”, which both offer new  head to head modes, offline or online,

So in “Party Play”, if you are alone at home and you are playing  a sertain song, and a friend of yours comes over, he can join in and play with you without restarting the song. 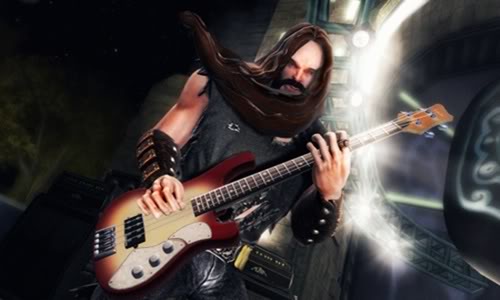 You will also be able to play with a combination of instruments , meaning if you want to change to a different instrument in game without qutting. There will be music from 86 bands with 30 bands making their first Guitar Hero debut, and all songs will be unlocked from the begining of the game (awesomeness.)

There is also a list of some songs, here they are:

The Rolling Stones: Sympathy for the Devil

Bob Dylan: All Along The Watchtower

Santana: No One To Depend On (LIVE)

Tom Petty: Runnin Down a Dream

Kings of Leon: Sex on Fire