Half Life 3: Flashing Back to “A New Half Life Every 3 Months”

Ah, when times were simpler and promises were kept. 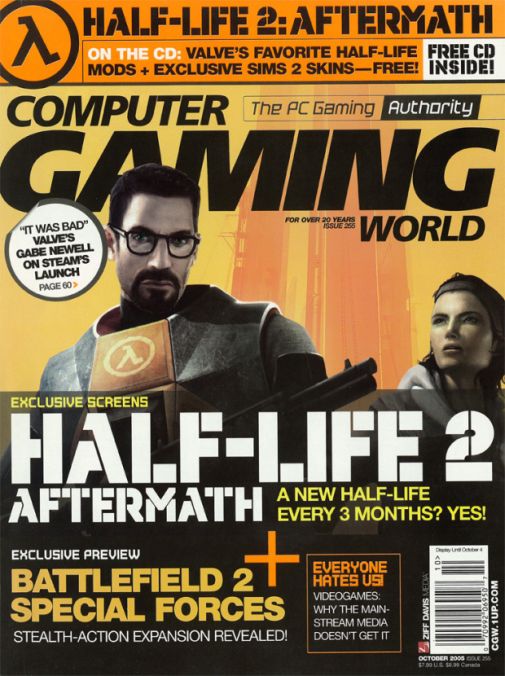 Ah, Half Life 3. You’ll be hard-pressed to find a more anticipated game, especially one that has stayed that way for, oh, the better part of the past decade. You could quote Duke Nukem Forever, but we all knew that regardless of the form it arrived in, there was no way it could justify the monstrous hype behind it. Valve Software has already shown us however that regardless of how long it makes us wait, it’s capable of delivering an experience that rivals its predecessor.

Which is why it’s hilarious to see this Computer Gaming World cover from almost 8 years, which talks about a “new Half Life every 3 months”.

For those who don’t know, this was to be the impetus for the Half Life 2 Episodes, with the first episode releasing shortly after the sequel’s launch and coinciding with the launch of Steam. Of course, the plan was also for there to be three episodes in total, which combined would be Half Life 3. Instead of releasing Episode 3 though, Valve decided to focus on the Portal franchise and furthering work on Steam (and of course not announcing Half Life 3).

And the wait for Half Life 3 continues yet.