Half-Life: Alyx Wiki – Everything You Need To Know About The Game

Everything you need to know about Half-Life: Alyx.

Half-Life: Alyx is the first Half-Life game since 2007’s Half-Life 2: Episode Two, and among the first major new games developed by Valve in many years, spelling a long-awaited return for both, the franchise, and Valve as a developer of video games.

Following Half-Life 2: Episode Two’s release in 2007, Half-Life 2: Episode Three was announced for a Christmas 2007 release to complete a trilogy of shorter episodic releases, but it never came out. In the following years, there was rampant speculation and questions about the release of Half-Life 3, or a otherwise direct sequel to Half-Life 2: Episode Two to resolve its cliffhanger ending, but no announcement came. Development on a third major instalment in the series was reportedly attempted several times, but never got off the ground.

2015 saw the beginning of Valve’s investment in virtual reality, thanks to their partnership with HTC, while later they would also develop their own virtual reality headset, Valve Index. Starting in 2015, Valve started prototyping various projects that they could develop exclusively for VR. Though a VR Portal game was initially the frontrunner, Valve found the central concept of portals to be too disorienting in VR.

They ultimately decided to develop a virtual reality Half-Life title, with the game entering proper production in 2016. The development team started out with over 50 people, and expanded to over 80 by the time of the game’s release, being the single largest development team for a project in the history of Valve, with about a third of the team having worked on previous Half-Life games (some even on the first game). Valve owned studio Campo Santo also aided with development of the shooter, for which they put all their other projects – including their forthcoming In the Valley of Gods – on hold.

Valve officially unveiled Half-Life: Alyx in November 2019, confirming the game would launch in March the following year. The game is built using Valve’s Source 2 engine, which is better equipped for virtual reality. Its virtual reality exclusivity caused some controversy, but reception to the game’s reveal and its announce trailer was largely positive (the trailer got over 10 million views on YouTube within 24 hours of being uploaded). In January 2020, Valve confirmed that development on the title was close to being wrapped up, and hence its release would not get postponed. Valve also confirmed that they would also release a new Hammer level editor toolset to allow players to create new environments and levels of their own. 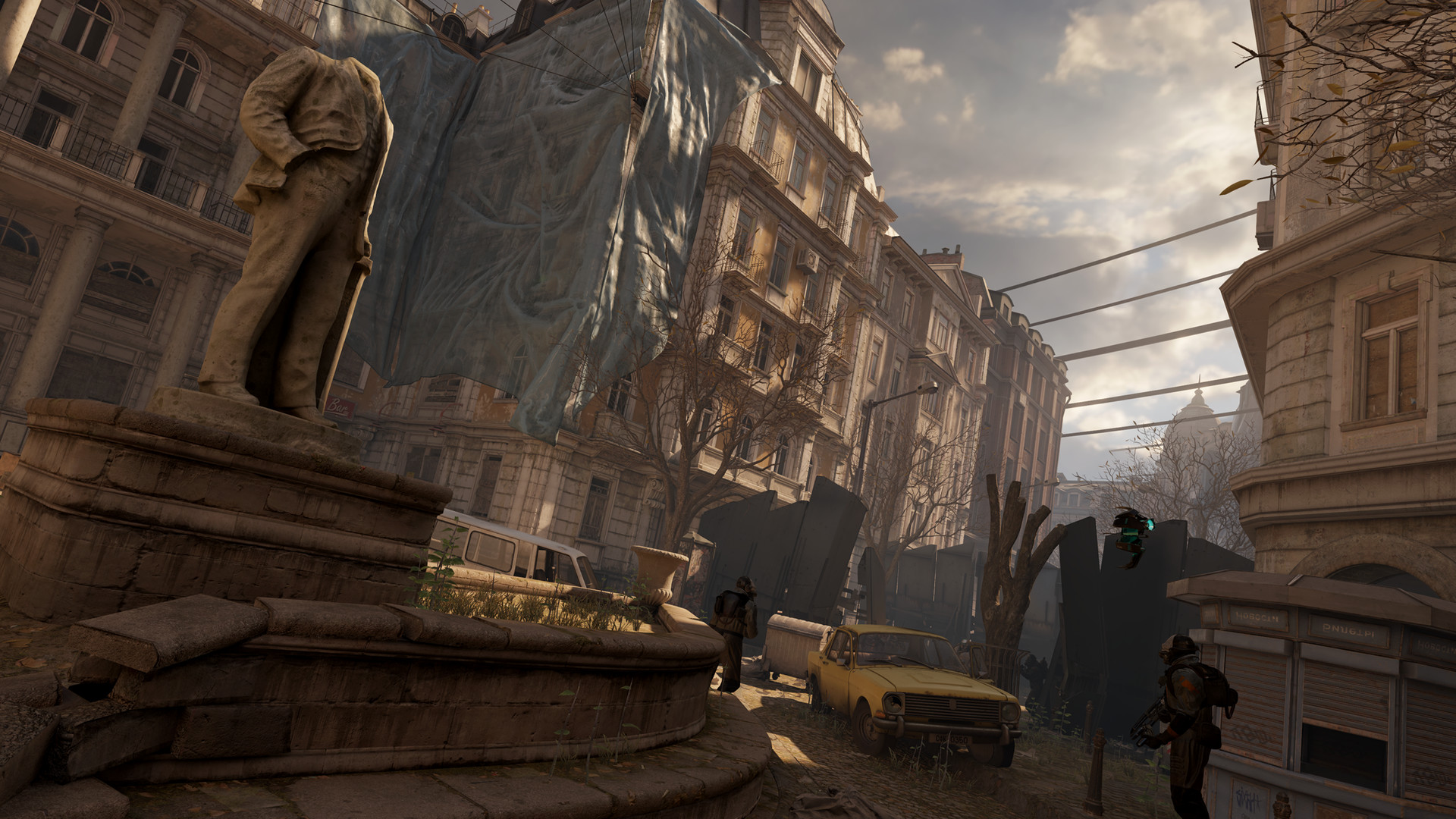 Half-Life: Alyx was not originally envision as a full-fledged release, but positive reception from players during play tests led to the developers expanding the scope of the project. After unveiling the game, declared that Half-Life: Alyx was not a spinoff, and was instead the next mainline Half-Life title. They also said that the game had been built specifically with VR in mind, and would not work outside of VR. The publisher also said that it would consider a PlayStation VR launch on the PS4, while also saying that the game could be followed by even more Half-Life titles (though that would depend on fans’ reactions to Alyx).

Half-Life: Alyx has been co-written by Erik Wolpaw, Jay Pinkerton, and Sean Vanaman. Both Wolpow and Pinkerton previously served as co-writers on Valve’s Portal 2, while Wolpow also wrote Half-Life 2: Episode One and Half-Life 2: Episode Two. Marc Laidlaw, who served as writer on all previous Half-Life titles, also consulted on Alyx, in spite of having left Valve in 2016. Kelly Bailey, who was the composer for all previous games in the series, also consulted on Alyx, though the soundtrack was mainly composed by Mike Morasky, who composed the music for several previous Valve titles, including Portal 2, Left 4 Dead, Left 4 Dead 2, Team Fortress 2, and Counter-Strike: Global Offensive. Morasky and Bailey previously worked together on the first Portal.

Merle Dandridge, who voiced the character Alyx in previous games, does not reprise her role, due to Valve wanting a younger voice for the character, and is instead replaced by Ozioma Akagha. Since Gordon Freeman – the protagonist of all previous titles of the series – was a silent character, Half-Life: Alyx is also the first time the series features a voiced protagonist. Robert Guillaume, who previously voiced Eli and died in 2017, is replaced by James Moses Black. Mike Shapiro reprises his role as the G-Man, while Rhys Darby and Cissy Jones are added to the voice cast. Tony Todd and Ellen McLain also return from previous games. 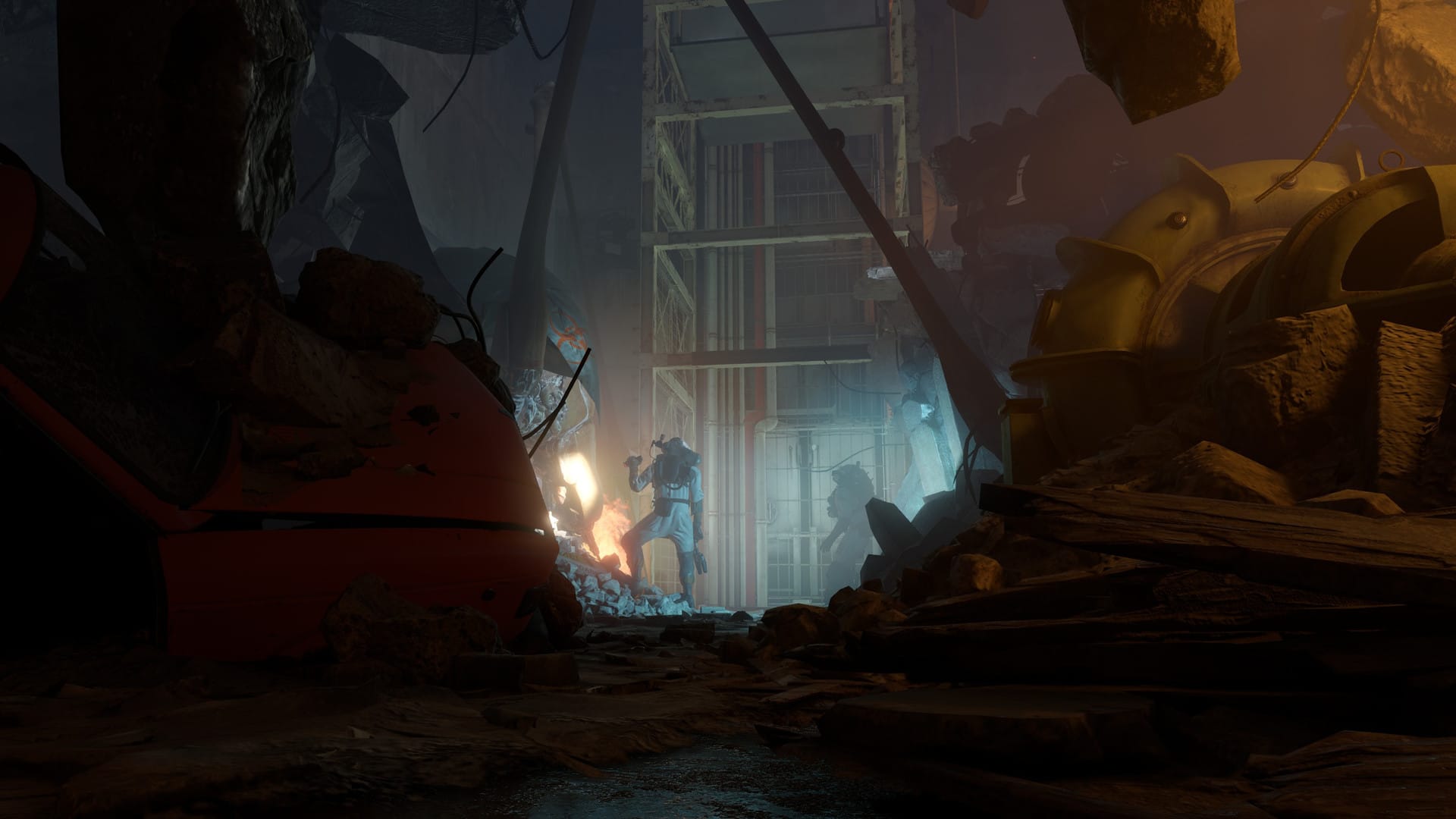 Half-Life: Alyx is set in City 17, before the events of Half-Life 2. In place of series lead Gordon Freeman, Alyx takes on the role of the primary protagonist, with the game taking place before Freeman’s return in Half-Life 2. Alyx and her father Eli fight against the Combine, an alien empire that has conquered Earth.

Half-Life: Alyx is a VR-only title, and works with all major virtual reality headsets for PC, including Valve Index, Oculus Rift, Oculus Quest, HTC Vive, and Windows Mixed Reality. Like its predecessors, it is a single player narrative-driven title, with Valve confirming it does not include any multiplayer content. According to Valve, Half-Life: Alyx is about as long as Half-Life 2 in terms of content, based on data obtained from play tests.

Since Half-Life: Alyx is a virtual reality game, all weapons featured are one-handed, so that players can have one hand free at all times to interact with the environments, and for other in-game actions. Players can interact with the environment to pick up objects and items, use interfaces, throw things at enemies, and more, while exploration and puzzle-solving are also an important part of the gameplay, similar to previous Half-Life games. 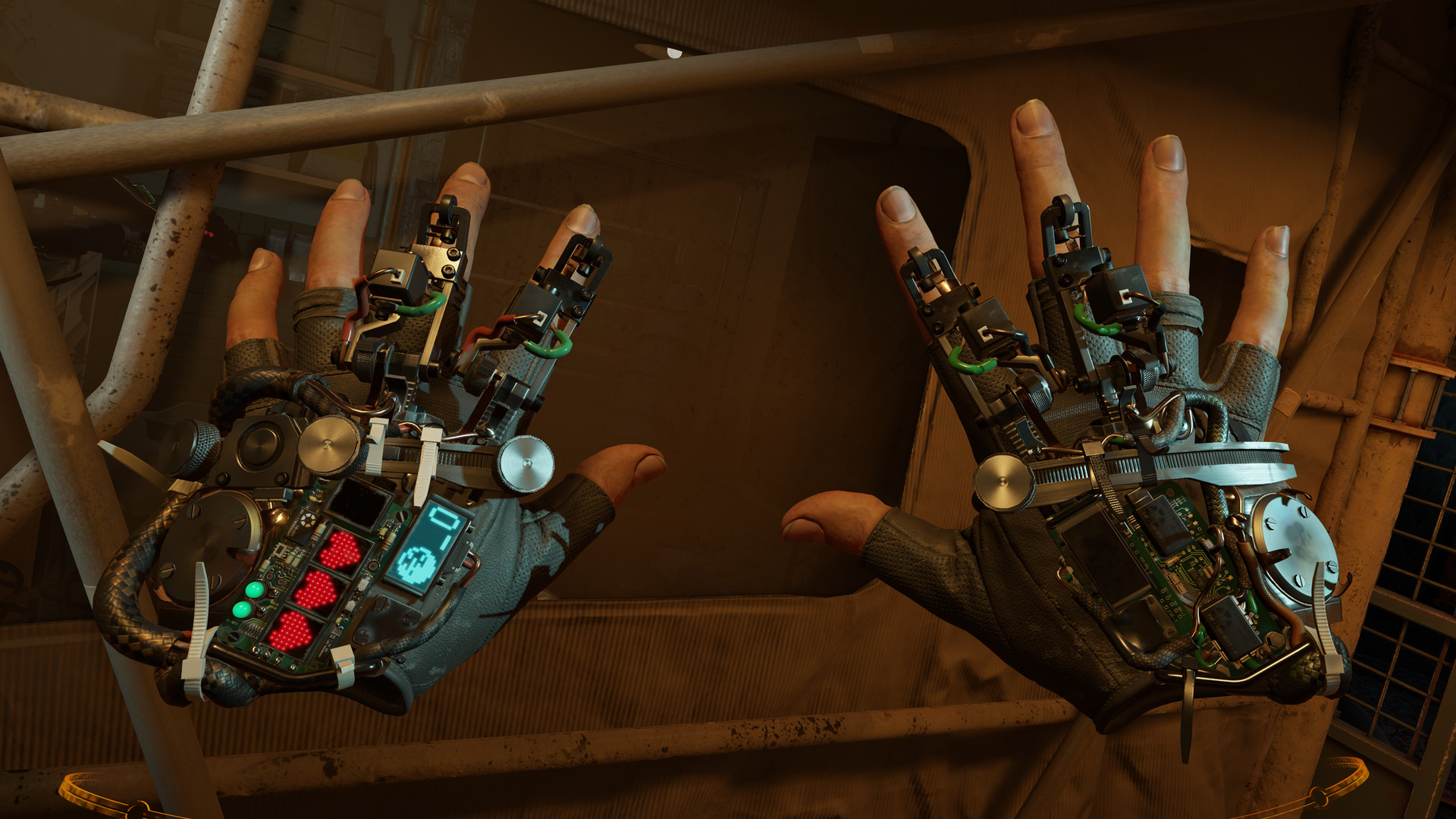 Similar to Gordon Freeman’s Gravity Gun in Half-Life 2, Alyx is equipped with Gravity Gloves, which players can use to manipulate gravity to interact with objects in the environment for the purposes of both, puzzles and combat. The game also allows full motion, as well as movement through teleportation, while it also features support for finger tracking and trigger controls.