Halo 4 to be the biggest Entertainment launch of the year

The game comes out on November 6 for the Xbox 360. 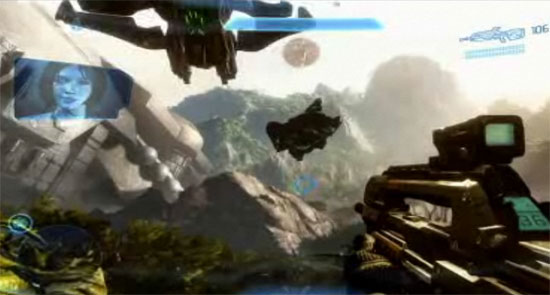 Halo franchise has sold 46 million copies since 2001 and has also generated $3 billion in revenues for the company. However, Microsoft claims that the game will be the biggest entertainment launch of the year on the Xbox 360, probably even overshadowing Call of Duty.

Here’s what they said in a statement to VG247 they said that “10,000 worldwide game stores and general retailers are holding midnight launches to ring in the Halo 4 launch, that will ‘spark midnight frenzy'”.

“Halo is a $3 billion blockbuster franchise which has shaped entertainment history and defined a generation of gamers,” VP for interactive entertainment, Don Mattrick, said.

“From the world’s first ever red-carpet premieres for a video game to sending a man strapped to a jet-pack 50-foot above London’s iconic skyline, Halo launches have continually broken the mould and we are back with a colossal bang for Halo 4.”

Details on the first Raid, which seems to take place on its own map, have been revealed with additional info r...

A new report claims that Disney intends to launch one major AAA title and one smaller game in the Star Wars fr...