Halo and Call of Duty poised to make a comeback.

This holiday season promises to be massive, what with the release of annual juggernauts such as Call of Duty, and Assassin’s Creed, in addition to other massive releases such as Halo, Fallout, and Star Wars. In a holiday season this major, everybody is going to go home a winner- but one game will be more of a winner than every other game, and that game is Halo 5: Guardians. According to the report just released by US tracking firm Nielsen, Halo 5: Guardians is the game that has the most consumer interest going into this holiday season.

Right behind it is Call of Duty: Black Ops III, Treyarch’s excellent seeming effort that seems poised to make a comeback for the Call of Duty franchise after two years of posting disappointing numbers. Fallout 4 and Assassin’s Creed: Syndicate follow.

The PS4 exclusive with the most interest seems to be Uncharted: The Nathan Drake Collection, and over on the Nintendo front, the honors go to Yoshi’s Woolly World… for some reason. PC’s big wig is predictably going to be Starcraft 2: Legacy of the Void.

So… yeah, it sounds like business as usual this holiday season. 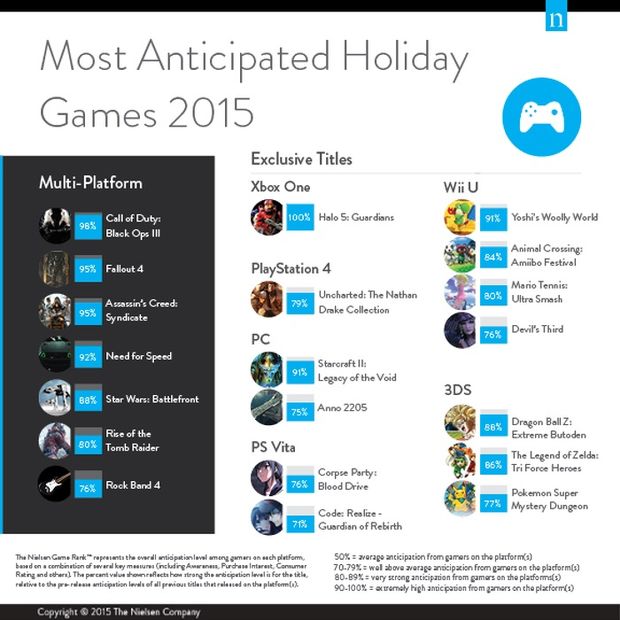