Halo 5 Guardians: 343 Chief Bonnie Ross Being Relied On To Save Xbox One With New Game

Microsoft Is Hoping Ross has learned from her Master Chief launch problems. 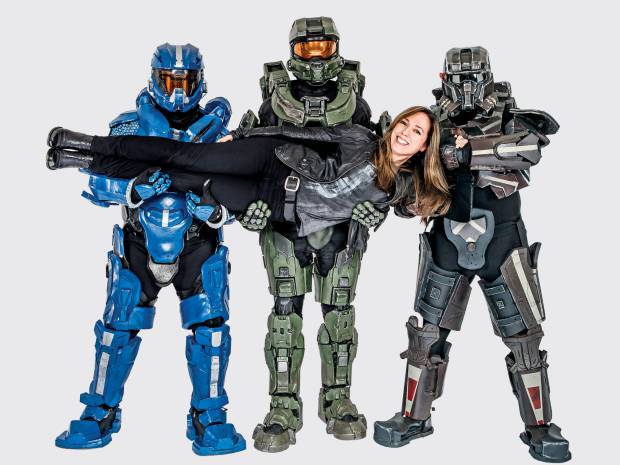 While the fight between the Xbox One and the PS4 isn’t over, Microsoft has long been hoping games like Halo 5: Guardians would actually give its console a jump start. While it’s too early to know for sure whether or not that is actually going to work, people like 343 Industries boss Bonnie Ross are being leaned on as the future of the industry in general and the saviors of the Xbox One in particular.

Ross has a long history of being a big time Halo fan before she was put in charge of leading the franchise. She’s showed up to interviews with Bloomberg showing off a Halo themed purse and this wasn’t a situation where she was playing at being a fan. She understands what it’s going to take to make this newest title really successful because she has been there when the series was struggling very badly. During her interview, she talked about issues like the launch of The Master Chief Collection. She was at a launch party when reports started coming in that people couldn’t find matches to play. Because Microsoft’s own servers were showing there was no problem, Ross stayed at the party, assuming it was an isolated incident.

“By the time we got back from the event it was, like, 4 a.m., and things should have been running smoothly at that point,” O’Connor says. “They weren’t.” The server were having multiple issues and Ross had to issue multiple public apologies. The 343 chief now says she’s learned from these mistakes and the launch of the next game will be quite a bit better. If Microsoft wants Halo 5: Guardians to be the console saver they think it can, Ross needs to be right.