Bungie is all set to bid a fond farewell to the Halo series with the upcoming Halo Reach, and they promise that this game which they call a ‘labour of love,’ will ‘push the envelope as much as possible without ruining the experience for the core fans of the series.’

Speaking at a behind closed doors private E3 conference, Bungie exec producer Joseph Tung showed off the The Long Night of Solace, the single player campaign mission that had been shown in great detail at Microsoft’s pre E3 presser, and which had finally confirmed that space dogfights would indeed feature in the game’s single player campaign mode.

Please be warned that this post may now contain minor spoilers.

‘It takes place about midway through the campaign,” explained Tung. “At this point in the campaign the Covenant are invading Reach in full force. The situation’s getting pretty dire, but the second in command of Noble team has figured out a way to bring the battle to the Covenant.’

He went on to explain that the mission had been designed by the man behind the famed flight simulator series Crimson Skies, Sage Merrill. 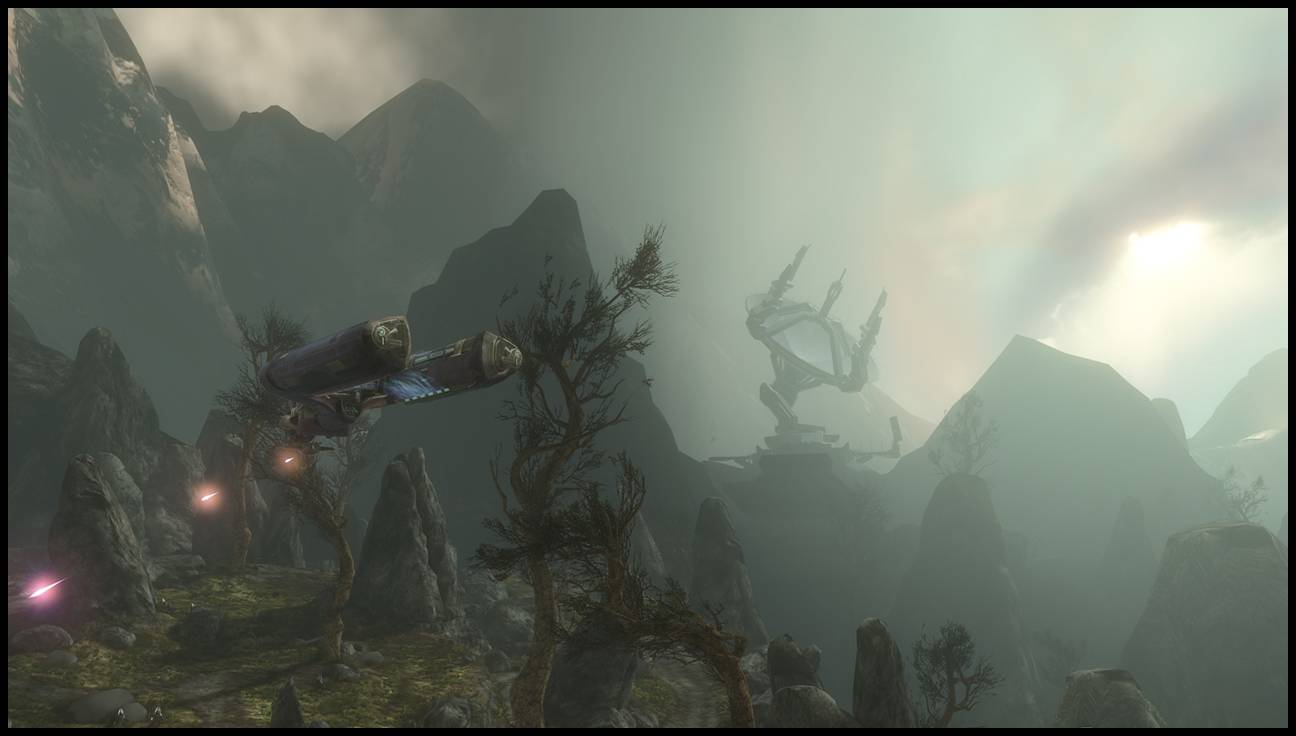 ‘We looked at lots of other flight games that were out there,’ said Tung. ‘We didn’t want to make a flight simulator for Reach, we wanted to make a very accessible, easy-to-use and fun-to-play space mission. Sage did an amazing job in nailing the Saber in that regard.’

Halo: Reach is the last Halo game that Bungie will develop. Asked about how the team feels at leaving behind the phenomenal series that they single handedly built, Tung admitted it’s a ‘sad goodbye. The team is extremely proud of the game. There’s always stuff that falls by the wayside, but I think we got everything in that’s critical to the game and more.’

Halo: Reach hits stores worldwide on the 14th of September, exclusively for the Xbox 360. You can be sure we’ll be covering this game exhaustively.