An interstellar translation that superbly exceeds many expectations of the long-awaited PC port of Bungie’s Halo adventures.

The iconic space journey that took Halo fans on an epic and tragic ride on a distant planet finally makes its way to PC; the legacy of its well-known features come home to the world where first-person shooters were born. Pizzas were delivered and fans were excited to hear the announcement of the collection coming to the desktop this year, and the wait was certainly well worth it.

Originally released back in September of 2010, Halo: Reach was a prequel to Halo: Combat Evolved while being developed by the same creative team of Bungie, who worked on the previous popular trilogy; bringing forth all of their signature aspects into their final outing before moving onto Destiny and beyond.

The PC port translates most of the body parts that came with Reach and the Collection that was released back in November of 2014 for the Xbox One. The entire campaign makes a beautiful comeback thanks to the added visual features that can be customized through the menu, along with the solid voice cast and memorable art direction that superbly seeped emotion through the cracks of warfare the player experienced and quite possibly experiences for the first time. 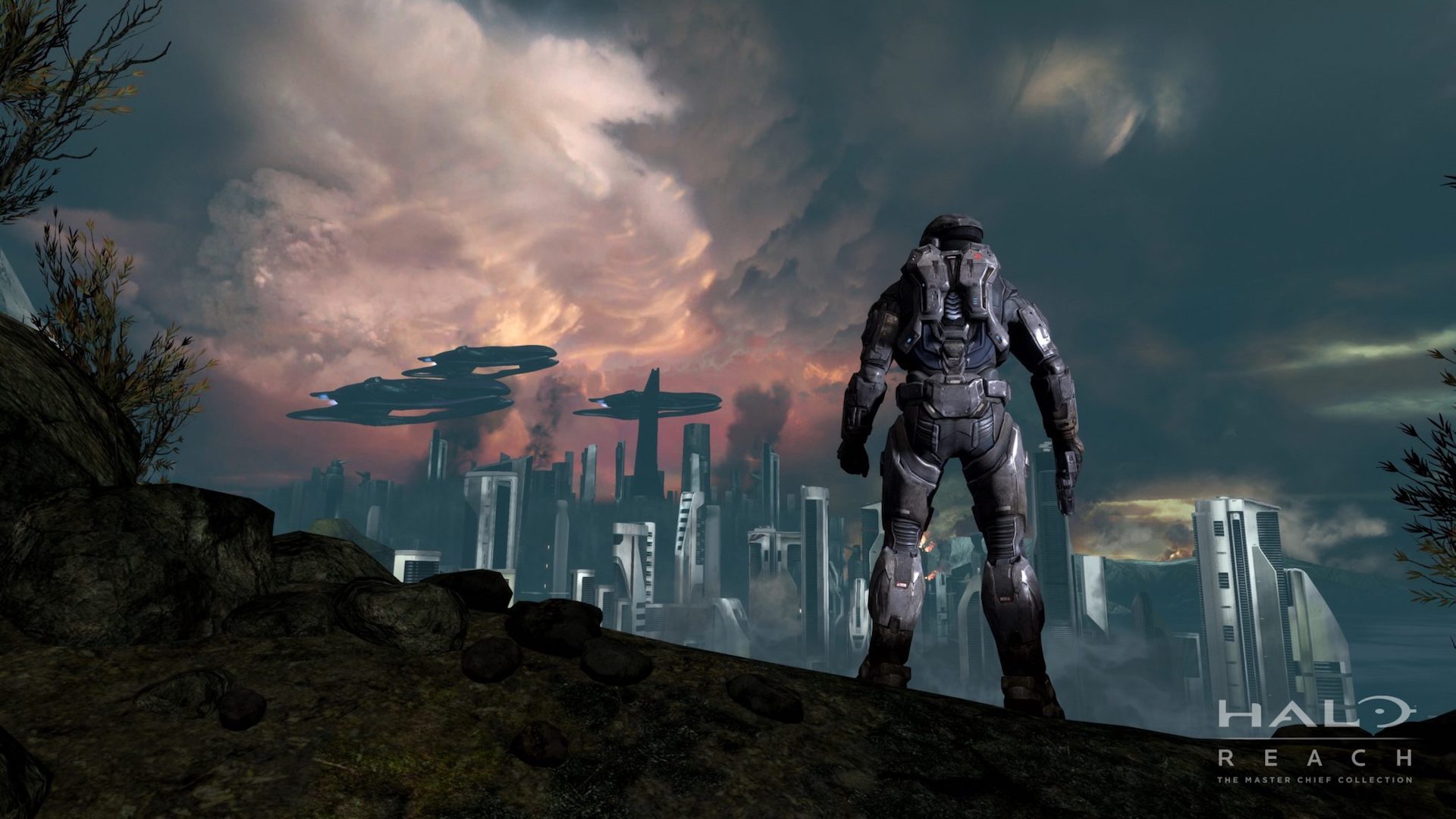 "The entire campaign makes a beautiful comeback thanks to the added visual features that can be customized through the menu, along with the solid voice cast and memorable art direction that superbly seeped emotion through the cracks of warfare the player experienced and quite possibly experiences for the first time."

Halo’s world-famous multiplayer sounds like a rightful place for the mouse and keyboard bunch, and it most certainly is – the capabilities feel fantastic with sensitivity controls and tuning possibilities that greatly change the game to a whole new literal level. My personal favorite, Firefight, feels like the first time I played it on the Xbox 360, where teaming up with three fellow Spartan players to fight off the Covenant made it seem as if I could go on for hours. And while Forge maybe absent at the moment, 343 Industries (with some much-appreciated assistance from Ruffian Games from Scotland and Splash Damage from London) bring home the first of many adventures that PC players have been patiently waiting for.

The massive team kept the blueprints of the original Reach in mind when redesigning the world for the keyboard-and-mouse crowd, optimizing and structurally mirroring the controls and overall feel and atmosphere of the Xbox release. The gameplay is simply astonishing, and there’s a wonder to why the PC port wasn’t done long ago. Everything from the insane weapons to the Ghost and Warthog gunning and handling ring familiar songs to the old school experience of teaming up with your pals, only this time it’s in 60 FPS. It stands out from the rest of the crowd because it’s grounded but not necessarily; gigantic yet it could get real personal with intense melee duels; frustrating but quite rewarding when landing that pitch-perfect headshot, all the while the announcing of Jeff Steitzer continues to pump up the chaos with “Double Kill!” “Betrayal!” and “Game Over!” blaring over the battlefield. It’s an absolute throwback that I’m content to have in my PC library.

For a quick recap on the story to whom it may concern, and notably briefly, you play as Noble-Six of Noble Team, comprised of a small band of Spartans that are deployed onto the planet of Reach, discovering only to find a Covenant invasion upon the people of the planet who seek help and rescue. Through the twelve-chapter narrative of the campaign, the events you trigger and encounter eventually lead to Master Chief’s awakening into battle (the events that lead into Combat Evolved), but before that only blood must be spilled and bullets shall be splintered through guts and sacrifice, amidst a galactic war against the Covenant and us. It’s a tale of epic proportions, and one that might even a bring a tear to one’s eye. 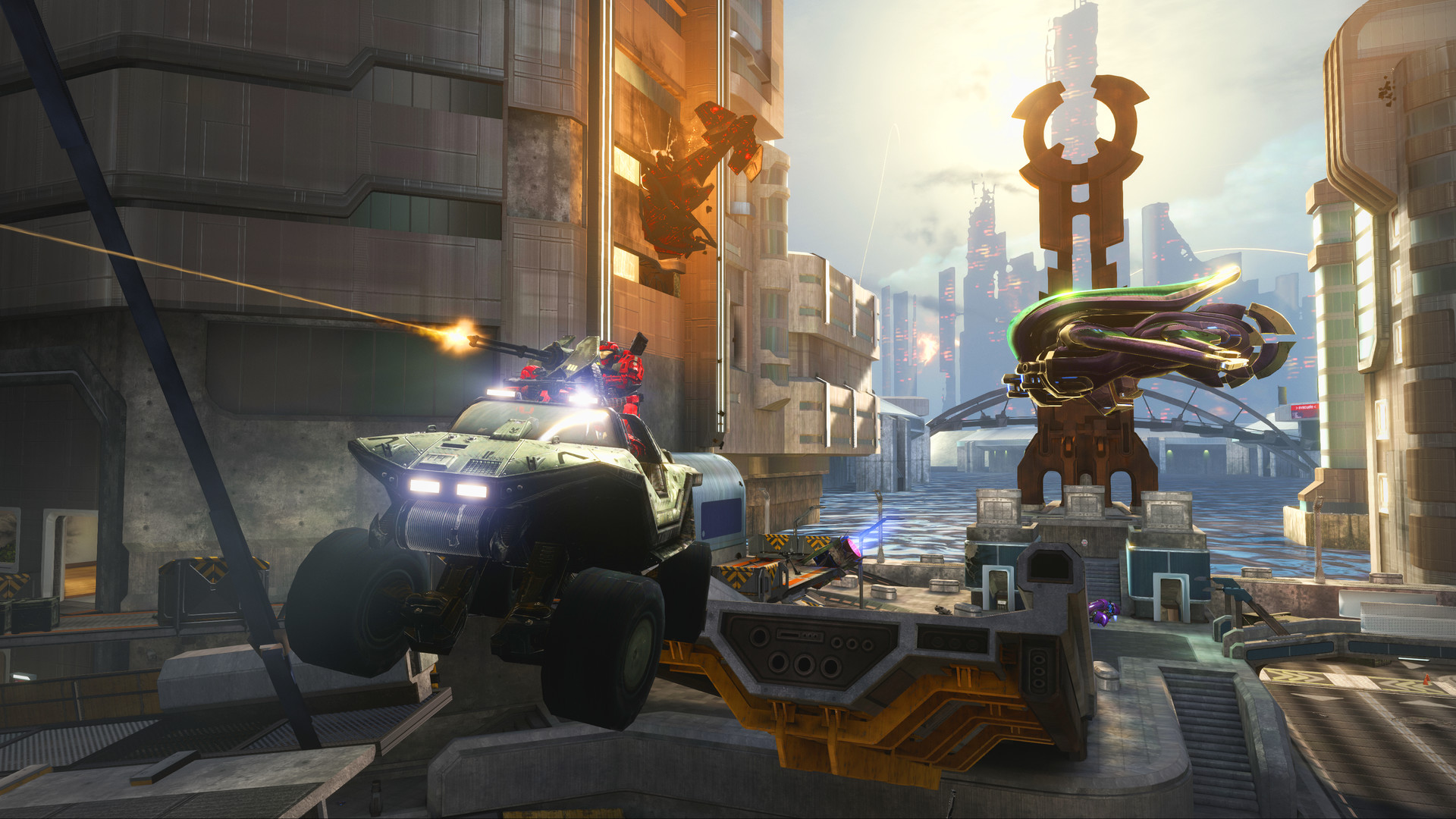 "Halo’s world-famous multiplayer sounds like a rightful place for the mouse and keyboard bunch, and it most certainly is – the capabilities feel fantastic with sensitivity controls and tuning possibilities that greatly change the game to a whole new literal level. "

Splash Damage senior producer George Wright commented on harmonizing the prototypical age of the games, saying that, “the games were built using older development techniques, so it’s been an interesting challenge for a lot of us used to modern AAA development to go back to the old ways,” and they’ve honestly done a wholesome job of staying true to the nature of the sound design. It’s authentic in its own way – recreating an already impressive pattern of sounds that becomes appropriately comfortable through both the campaign and multiplayer components. A few mishaps with the mixing of intertwining sound effects occur here and there, but it never intervenes with the overall universal experience for the player.

Martin O’Donnell’s composition is a staple in video game music thanks to his literal epic and heavenly – even outwardly and angelic – usage of many instruments that are featured in the campaign and the menu. With the help of some of his peers, he created a darker and more heroic mix of intense keys that musically bends both tragedy and destiny into one memorable score. Pieces such as “Winter Contingency”, “Tip of the Spear”, and even the “Epilogue” have all stuck with me throughout the years, and it was a sincere pleasure to relive those moments once more.

After some altering with the graphics settings, I was in for a quasi-remastered/copy-and-paste picture of Reach, due to the field-of-view, frames-per-second and textual level configurations I could mess around with that I couldn’t before on console. It’s marvelous to gaze upon and to become glued to. The art direction was always praise-worthy, but it’s almost a dream coming true the more I stopped and stared at the art and level design Bungie left behind for 343 for essentially replicate. With impending updates along the way, the graphics upon the PC release come to almost no fault. Small textual meshes can be seen on the grass and bases of some architectural designs depending on the player’s perspective, though it’s easy to overlook due to genuine beauty and ability to toy with the settings. In a huge way, it’s a redesign from the 2010 Xbox 360 release with a lot of passionate input in reconstructing the tools previously utilized on the older games, making it feel more at home for this special port. 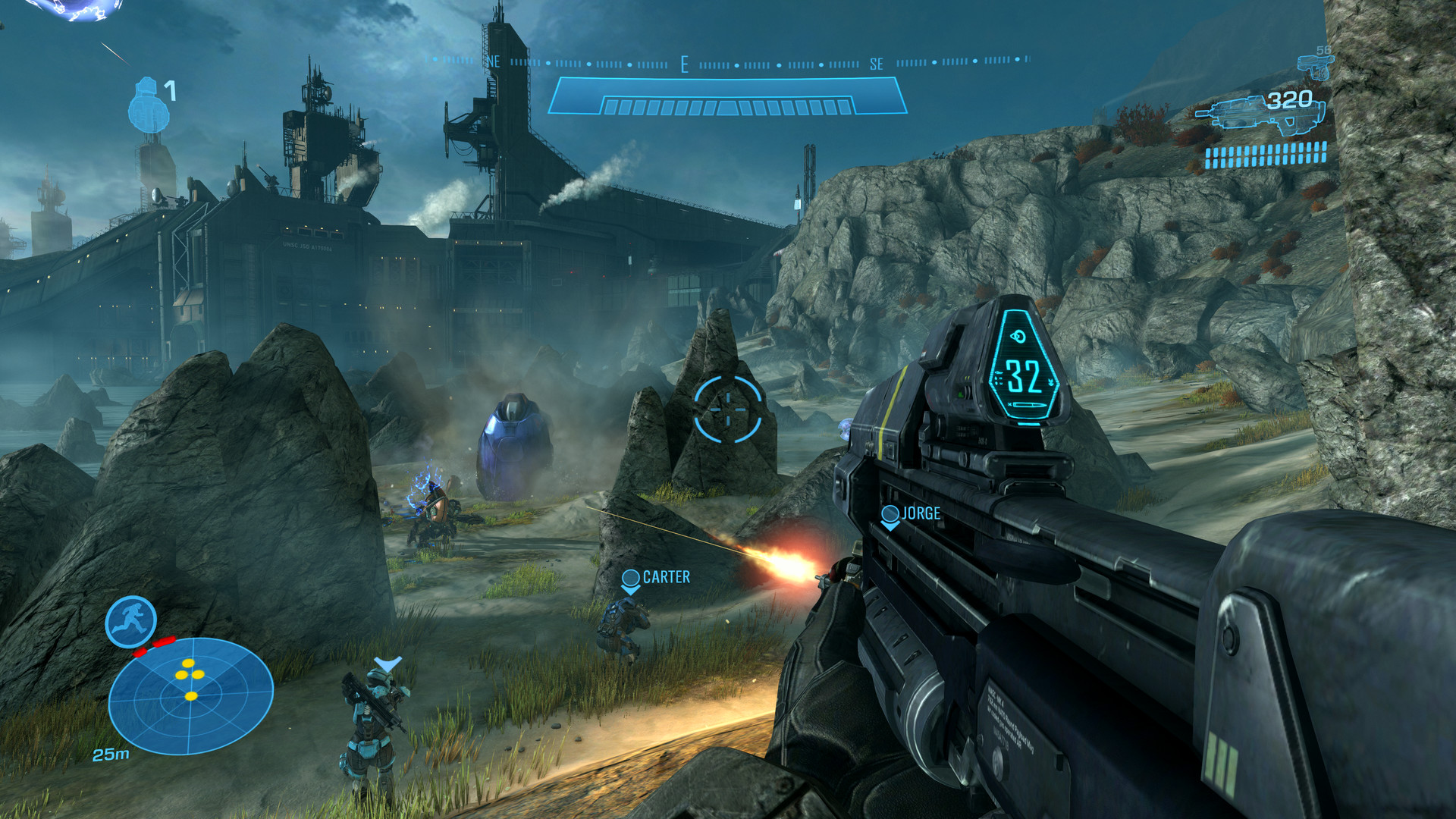 "The art direction was always praise-worthy, but it’s almost a dream coming true the more I stopped and stared at the art and level design Bungie left behind for 343 for essentially replicate."

Bungie’s Halo franchise was widely known for its addicting multiplayer component back when their titles dominated the Xbox and general video game scene – the blame for countless hours being spent overnight when one couldn’t get enough Slayer action with their mates by their side. Already the game is trending on streaming websites where veterans, newbies, and all gamers in-between are clocking in countless hours into the multiplayer, reliving and making memories just like the good ole days of playing Halo. The replay value is exceptionally high in the case of Halo on PC. 343 & Co. are planning to release all of the other titles (except Halo 5) in chronological order next year of 2020, unlocking more rewards and progression stats for players eager for more Halo. The new Season addition is a welcome one to keep players hooked, and any previous stats acquired from your potential Halo Collection experience will transfer over; as soon as I logged in with my Xbox account, I was awarded with eighteen achievements thanks to already completed tasks from my Xbox One Halo days. It was quite a treat, and an exciting invitation to bring the madness onto the mouse-and-keyboard goodness.

This is truly an electrifying time for PC players who have been looking forward to the PC port ever since the announcement was made back in March. The game runs very smoothly with barely any glitches, bugs, and crashes. I can honestly say that I ran into a handful of tiny issues throughout my revisit to Reach. It’s been tested and flighted for a bit now, and the effort from the team is transparent: it’s a reconstruction from those who loved the original tales of Master Chief and those responsible for his awakening into Halo: Combat Evolved, where the home of PC shooters has held a spot for the port to join (and technically rejoin) for so long now. With Master Chief’s adventure being retold throughout the following year, Halo: Reach is a brilliant title to begin this journey with the players who perhaps couldn’t experience those legendary Halo days way back then.

Solid translation onto the PC. Multiplayer is dangerously addictive.

Final Verdict:
GREAT
An absolute blast to the past and a worthy re-visitation onto the PC, Halo: Reach jumpstarts a thrilling journey for both the campaign and multiplayer in the mouse-and-keyboard universe. With only more to be added as time comes by for The Master Chief Collection, one would be a fool to not invest their time and finger stretching for the prequel adventure that famously captured that alien vs. human warfare.
A copy of this game was provided by Developer/Publisher/Distributor/PR Agency for review purposes. Click here to know more about our Reviews Policy.