Posted By Rashid Sayed | On 14th, Feb. 2010 Under Screenshots | Follow This Author @GamingBoltTweet

Halo Reach is arguably Xbox 360’s biggest game this year. Yes it has Fable III, Alan Wake and Splinter Cell: Conviction, but come on, we all know the impact that Halo games make on Microsoft’s console. Killzone 2 is without a doubt the most amazing looking first person shooter even a year after its release. So we at GamingBolt decided to do a high definition screen shot comparison of both these games. We do know that Halo Reach still has got many months before its release, but this comparison will give you an idea where it stands now.

Note: Click the images to see the images in high definition. The first image is from Halo Reach and the second is from Killzone 2 in each of the respective comparisons. 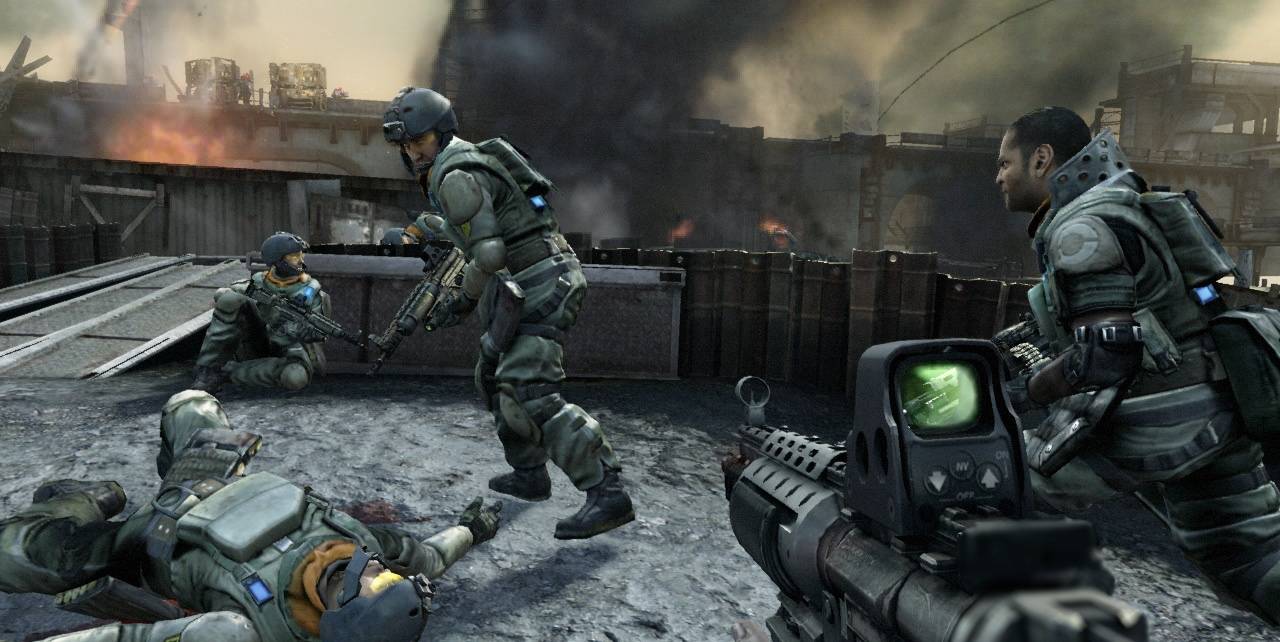 In this round we will compare how the two games match up from the normal view which is the first person view. This view gives us a good idea on how the guns are modeled like the depth of chasis and the display panels. The first thing that really catches the eye is the gun that the protagonist is holding. I am not sure at which resolution will the final game be running at but the guns look bland. I mean if you compare the gun in the Killzone 2 screen shot below, the depth, the corners and the other details have been modeled in an amazing way. Even if you look at the digital display on the gun, it looks very low resolution, whereas the one in Killzone 2 has the real “lens” effect. Just as a general first impression Halo Reach doesn’t seem to impress me visually in the first person mode.

In this round we will compare the bad guys. The Helghast were an amazing breed of villains in Killzone not just visually but also how their artificial intelligence was handled by Guerilla games. Visually they look threatening; the bombs belt around their shoulders, the red menacing eyes and the shadow effect on their clothes and the body is jaw dropping. Also their guns are immaculately detailed and complete with overall superior animations. The enemies in Halo Reach look as good. If you take a closer look, these guys are fighting out in the open and smaller details like the sun shining on the armor, the tongues coming out of their ugly jaws and the way the hair is rendered goes a long way in making this screen shot visually appealing. In this round Halo Reach ties in with Killzone 2.

In this round we will compare the infrastructure as found in both of the games. The one thing I really liked about this Halo Reach screenshot is the attention to smaller details. The setting here is an in house facility and all the objects which you will normally find in such a place is present. The speakers, wires crawling on the ground and the amazing shadow effects. This particular screen shot is very impressive due to the relation of the objects and it’s setting. So how does Killzone 2 compare? The setting here is on a train. And to be honest this screen shot has the amazing details that the entire game had but it doesn’t really have the wow factor as compared to Halo Reach. The overall design is very good but the rendering of the objects from the top view is low resolution as compared to Halo Reach. 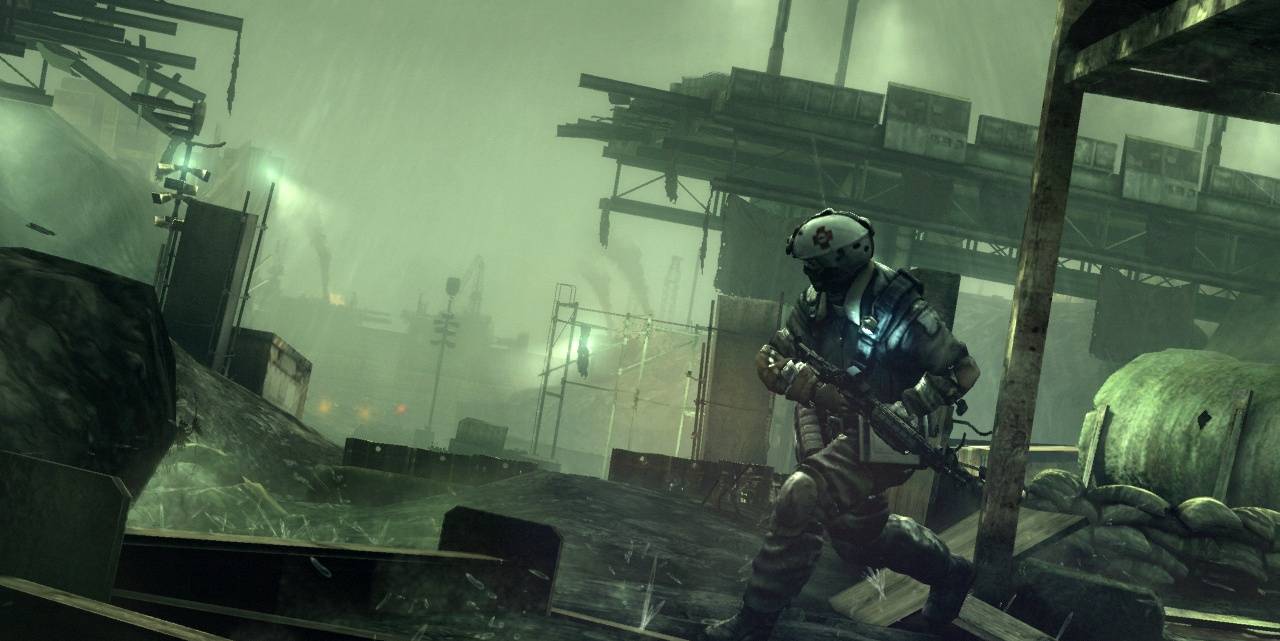 This round will give us a good idea on how your team mates and other things like ground surface and background objects are modeled. Killzone looks amazing in this one; the IAS guy looks to be superbly modeled with his gears and guns nicely detailed as well. Even the ground surfaces don’t look bland and objects in the background don’t look low resolution. It’s raining in the image and the fog effect in the background makes the screenshot much better. On the other hand, Halo reach despite having some great character models, doesn’t truly shine on the rendering of the ground surface (looks like an “Xbox1” ground). The background objects are OK but they really don’t gel along with the mountains especially the complex behind the tree. It’s a no brainer on who is winning here.

Judging by the screen shots above, Killzone 2 is a better looking game. But Bungie still has time to up the ante. Let us know what you think in the comments section below.