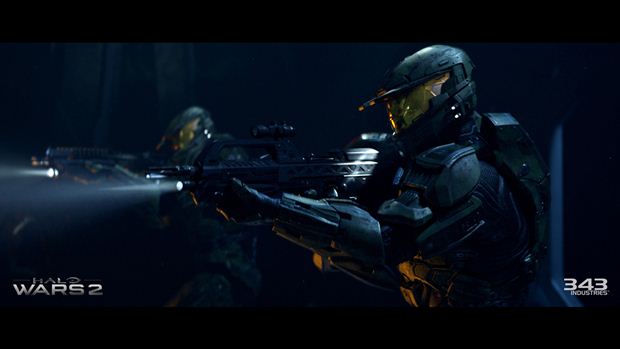 With Total War: Warhammer now out, and Halo Wars 2 due out by the end of this year, I guess it will be time for us to see more of the sequel to the cult hit flawed Xbox 360 exclusive RTS very soon. And if this poster on Twitter is to be believed – and he has been known to be accurate with his leaks before – then some art for Halo Wars 2 may have just leaked.

You can see the artwork below- as we can see, it seems to depict an Ark, which of course raises the question of which one. Whatever it is, it seems as though this game will be set after Halo 3– unlike the original game, which was set before any other game in the Halo chronology.

Halo Wars 2 is due out later this year on Xbox One and PCs running Windows 10. It will be developed by The Creative Assembly, and be published by Microsoft.