Hannah Telle and Ashly Burch Returning To Voice Max and Chloe In Life is Strange: Before the Storm’s Farewell Episode 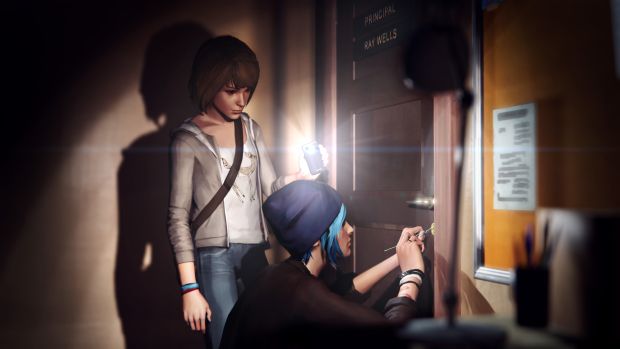 The original Life is Strange was a moving, tender, heartfelt game that ended up winning millions of fans worldwide- and the credit for that lies squarely on just how fantastic its two main characters, Max and Chloe, were.

Max and Chloe were brought to life by some exceptional voice work- Hannah Telle’s turn as Max made her instantly empathetic and identifiable, and every player could fall in love with her right away. Ashly Burch’s Chloe, on the other hand, came off as tormented and angry, exactly the kind of character she needed to be for us to want to help her.

After both of them were absent in Before the Storm, the three episode prequel series to the original, Burch because of the voice actor’s strike, and Telle because Max, sadly, does not feature in the series. However, the bonus ‘Farewell’ episode brings Max and Chloe together one last time before the series moves on to new characters- and, fittingly, Burch and Telle will return to reprise their respective roles one final time, too.

I don’t know what Life is Strange 2 will be like, or whether it will ever be as great as the original was- but, I think, for fans of that first game, playing the Farewell episode, which is due out in early 2018 for the PS4, Xbox One, and PC, just became non-negotiable.

The presentation will be roughly 20 minutes and highlight previously announced and new third party titles comi...

The duo of remakes developed by WayForward was originally due out this December, but has now been pushed back ...

Rockstar has finally released a trailer for the upcoming remastered trilogy, giving glimpses of the updated vi...

The page for the trilogy on the Rockstar store has revealed a November launch date, with a physical release co...

The new near-future battle royale title will launch next month for iOS and Android, following a final technica...

Wolf Eye Studios' recent Twitter activity suggests that a release date for its upcoming immersive sim could be...