Flying Wild Hog talks about changes and such that can be expected in the Redux edition.

Flying Wild Hog has garnered quite the amount of attention thanks to its remake of Shadow Warrior and even with Shadow Warrior 2 on the horizon, the developer has something else up its sleeve. If you’ve never heard of Hard Reset, the studio’s twitch shooter will be making a return with Hard Reset Redux. And this time, it will be coming to PS4 and Xbox One along with PC. Should you look forward to it, especially while waiting for Shadow Warrior 2?

GamingBolt spoke to Flying Wild Hog’s Tadeusz Zielinski, PR and marketing manager, about Hard Reset Redux and what new content – aside from the visuals – that players could expect. 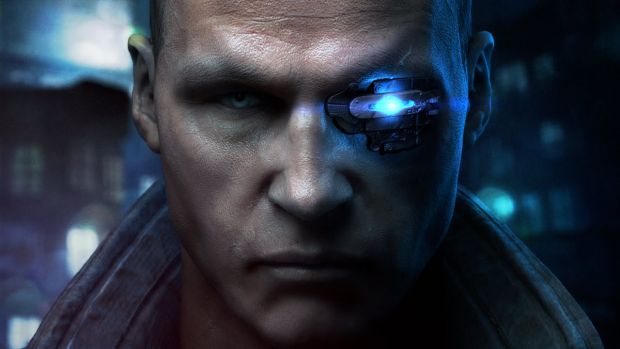 "We wanted to introduce this old-school game to platforms lacking such titles. We know that each platform needs some versatility in its selection of games."

Tadeusz Zielinski: We released Shadow Warrior for next gen consoles and noticed that it was very well received by the fans. This is why we decided that we want to share the game that started it all – Hard Reset. Even after all these years (HR is already 5 years old) it’s still difficult to find  a hardcore, action-oriented twitch shooter such as Hard Reset published on PlayStation 4 or Xbox One – we believe that HR:Redux will fill this gap.

Hard Reset is a decidedly old-school FPS and that was in 2011 when it first released. Why did you decide to develop the Redux version for consoles as well, especially given the generation’s lean towards blockbuster shooters?

Tadeusz Zielinski: Well – the answer for this question lies above – we wanted to introduce this old-school game to platforms lacking such titles. We know that each platform needs some versatility in its selection of games. You already mentioned that the newest generation leans towards blockbuster shooters. This is just another reason for us to release HR:R for PS4 and Xbox One. People love twitch-shooters that rely heavily on reflexes and speed so we strive to deliver!

Will there be any new areas to explore in Hard Reset Redux? What elements of the rebalanced design can you share with us?

Tadeusz Zielinski: HR:R consists of both – the original Hard Reset as well as the expansion Exile. While Hard Reset takes place in a cyberpunk metropolis, Exile takes you to the Barrens – a post-apocalyptic wasteland. You will never notice moving from the base game to DLC – it’s now one, big game.

Could you tell us about some of the cooler weapons we’ll get our hands on, aside from Shadow Warrior‘s katana?

Tadeusz Zielinski: Cyber-katana is the only new addition to Major Fletcher’s arsenal. But it’s so cool you can practically treat it as an arsenal in itself. Besides that we have our modular weapon system, which includes an electricity gun that looks like New Years fireworks and is A-W-E-S-O-M-E! 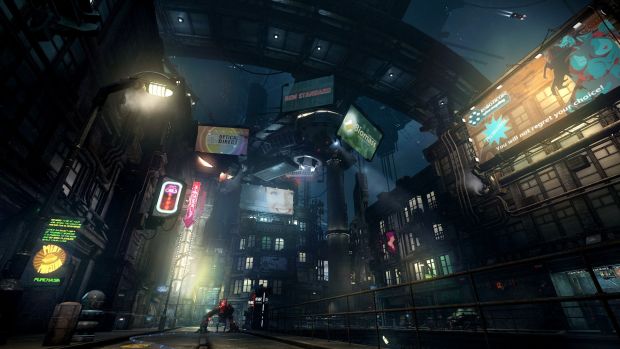 "We did tweak difficulty levels so they fit better with the pacing of the game. However we didn’t redesign the game as a whole."

Will Hard Reset Redux come with any co-op elements?

Tadeusz Zielinski: No. Redux will stay a single player experience only. For our take on co-op you’ll need to wait until Shadow Warrior 2.

What kinds of new enemies can we expect to see? Will there be any that significantly change up one’s tactics, especially with the new weapons introduced?

Tadeusz Zielinski: We have significantly re-balanced all of our enemies to improve gameplay pacing and to make the overall experience better. There is also a new kind of enemies – cyber-zombies. These feral creatures are fierce melee fighters, so you will have plenty of opportunities to try out our new katana weapon.

Can we look forward to harder difficulties or new challenges in the Redux version?

Tadeusz Zielinski: We did tweak difficulty levels so they fit better with the pacing of the game. However we didn’t redesign the game as a whole. For instance you will meet certain enemies sooner – if you have played the original Hard Reset – this will make the game more challenging and interesting.

Like Shadow Warrior 2, is it possible that Hard Reset receives a sequel if the Redux version does well?

Tadeusz Zielinski: We will see. For now we are working hard on making Shadow Warrior 2 the best game possible. 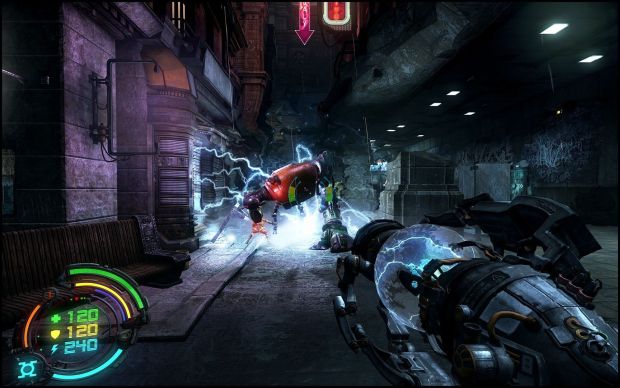 "Our proprietary engine, the RoadHog, has grown bigger and stronger over the years – for instance, we added SSAO effects – so you can expect better quality of ambient lighting."

What are your thoughts on the overall  feel of Hard Reset Redux‘s gunplay? How will it appeal to hardcore shooter fans that didn’t play the 2011 release?

Tadeusz Zielinski: Well – shooting is what we are the most proud of so we strongly believe that no matter what is the year of publishing – good FPS is a good FPS. Even the original Doom after all these years is still an awesome game. We think that this is pretty much the same case with Hard Reset. Long story short – we believe people will love it.

Will Hard Reset Redux receive any updates or DLC after launch?

Tadeusz Zielinski: We don’t have any plans for DLCs. As stated before – everybody at Flying Wild Hog is focused on Shadow Warrior 2.

What kind of graphical updates will the Redux have? What kind of improvements in lighting and other engine upgrades can players expect?

Tadeusz Zielinski: Our proprietary engine, the RoadHog, has grown bigger and stronger over the years – for instance, we added SSAO effects – so you can expect better quality of ambient lighting.

Tadeusz Zielinski: Yes. The game will run in 1080p/60fps on both current generation consoles. 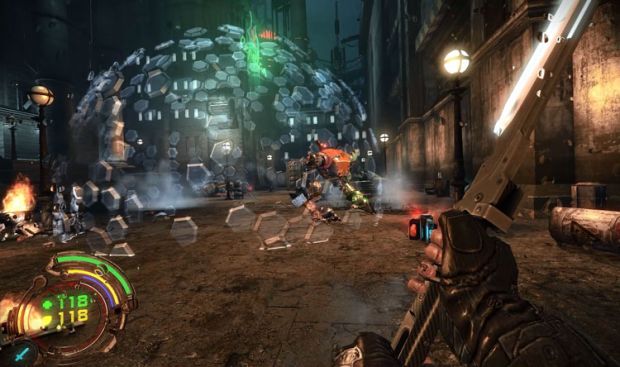 "We love the idea of backwards compatibility and we wish PS4 would have it the same way Xbox One does. There is a ton of old PS games we would really like to come back to."

What kind of improvements have you made to the PC version of the game? Are you ramping up graphical settings?

Tadeusz Zielinski: The most important change from the #pcmasterrace perspective is newly added support for multi-threaded processors. Thanks to this change the game will run much better on newer machines, taking full advantage of a rig’s processing power.

Are there any plans to include a DX12 version of the game?

Tadeusz Zielinski: No, we don’t have any plans concerning DX12 support.

What is your personal take on the differences between backwards compatibility feature offered by the PS4 and Xbox One? Sony is obviously charging for this feature whereas Xbox One is providing it for free.

Tadeusz Zielinski: We love the idea of backwards compatibility and we wish PS4 would have it the same way Xbox One does. There is a ton of old PS games we would really like to come back to.