Has-Been Heroes Interview: The Once and Future Heroes

To say Frozenbyte has seen it’s ups and downs would be an understatement. Renowned for its Trine series, the developer faced flak for the ambitious but short Trine 3 and the underwhelming Shadwen. Since then, it’s been working on something different: Has-Been Heroes, a roguelike title combining real time and turn-based strategy mechanics with an unlikely roster of heroes.

GamingBolt spoke to Frozenbyte marketing manager Kai Tuovinen about the game along with the experience of working on Nintendo’s upcoming Switch. 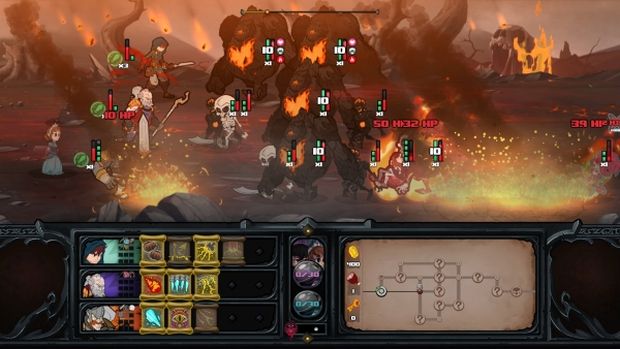 "Has-Been Heroes is a pretty challenging game with lots of strategy involved, so it’s quite different from our usual titles and we are embracing that."

What inspired the concept for Has Been Heroes, especially after the dark fantasy stealth adventure Shadwen?

We started out with a team-first approach for Has-Been Heroes. We had small team who wanted to make a challenging roguelike game, and they made some designs and a few prototypes for this type of project.  At one point we had something that got everyone at the office hooked, so we knew we were onto something and have been going at it ever since.

The humorous setting and storyline fell into place after an initial idea of having a group of heroes escorting two princesses to a faraway school. The heroes we first designed looked quite old and worn-out and that’s when we came up with the Has-Been Heroes name.

Has-Been Heroes is a pretty challenging game with lots of strategy involved, so it’s quite different from our usual titles and we are embracing that. We’ve been able to fulfil our creative vision thanks to our partnership with GameTrust.

How many characters can players choose from? We know about the Bard, the Wrestler, Sheikh and more but what else can be expected?

There will be 12 different characters in total, as well as additional skins for those. Expect to see a fierce tiger and a gentlerobot among them, and we might reveal more of them a bit later on!

What powers will each hero possess and how can these be upgraded as the game progresses?

Each hero you unlock starts out with a unique item and spell.  Your heroes grow in power by acquiring additional items and spells, which are all from a random pool on each run. Naturally if you die in the game, you start from scratch and all your items and spells are wiped…but you’ll quickly find new ones on your next attempt. 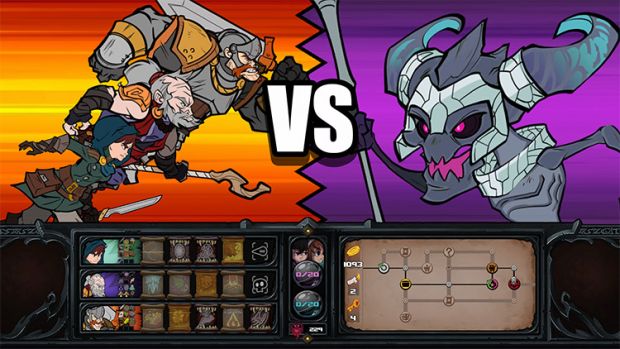 "the pool of random items, spells and enemies grows over time the more you die and the further you get in the game, so the “unlock” pool is bigger and every game is more random."

What kinds of items can players find to boost their chances of success?

Potatoes, scissors, old socks…all kinds of items – there are 200 different ones! They all have different bonuses e.g. some give you attack damage or increased critical hit chance, others may boost your spell powers and some even have completely unique effects e.g. lane freezing or burning.

How long do you estimate each “run” to last for the average player? Are there different kinds of runs that players can engage using modifiers?

The length of one run varies how far you are in the game.  When you first start the game, the length of the world is two regions. Each region has a few fights and a few random crossroads (Which can be e.g. spell vendors, item merchants, altars, camps etc.) so a region probably take around 20-40 minutes to beat (depending on experience).

At the end of each region is a regional boss fight, and the final region of your run has a boss fight that is against your main adversary, the evil Ghoul. Once you complete the two region world map by beating the boss fight, you will have completed the game for the first time. The next run, however, will have three regions, the one after that has four and so on.

On average though, especially early on when you’re still learning the game the runs last much less because you die a lot more.

Are there permanent unlocks of some kind that players can grind towards and unlock to give some kind of advantage in future runs?

Yes, you unlock more characters, they each start with a unique item and different spell. Other than that, no items or spells persist after death.

However, the pool of random items, spells and enemies grows over time the more you die and the further you get in the game, so the “unlock” pool is bigger and every game is more random.

Will there be daily and weekly challenges with varying modifiers? 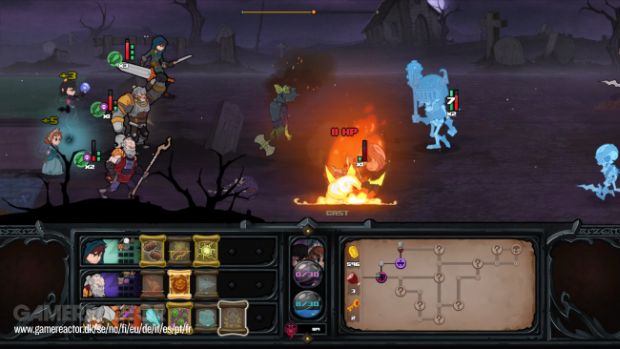 What Switch-exclusive features will Has Been Heroes implement? How has the experience of developing on the Switch been for the team?

We have support for HD Rumble on the Switch and the console itself has the unique ability to switch to a portable handheld device or back to a TV when you want, which is really cool.

We’ve thoroughly enjoyed working on the Switch, no issues getting the game running and the work that Nintendo has put in to make it easier for developers to make games is nothing short of amazing.

Given the game’s easily accessible but complex nature, is there a chance it releases on mobiles in the coming days? Have mobile versions been considered at any point?

We don’t have plans to make Has-Been Heroes for mobile devices at this point, it’s a game that’s very well suited to be played on a controller so we’re aiming for consoles + PC first and foremost.

Could we see more Has Been Heroes in the future (either with additional DLC or sequels)?

We’ll see how it goes, can’t make any promises yet.

Not sure yet, we’ll have to have more experience with it to be able to answer.

"I still think Scorpio will be a good purchase or upgrade for a lot of consumers if they are looking to play at a bigger resolution for example."

Do you think Nintendo Switch being less powerful than PS4 and Xbox One matters?

I don’t think it matters, it’s a pretty powerful machine and it has a much wider target audience due to the hybrid nature of the device and that will be the main selling point.

For me it’s going to be great since I always play PC at home, but would love to have a powerful portable gaming device with real buttons, and the hybrid nature of the Switch makes that possible.

6 TFLOPs naturally means that the Xbox One Scorpio has an extremely powerful GPU. Assuming that the rest of the specs also see similar or comparable bumps, what are the kinds of graphical improvements developers will be able to deliver on Scorpio?

I suppose that means 4k resolution and/or higher framerates than before. Not sure yet.

Tough question – I’m sure there are developers that have games they would love to be Scorpio exclusives because it will be easier to get them to run, but at the same time the main install base will be on the standard Xbox One, so developers would have to make a difficult choice either way.

I still think Scorpio will be a good purchase or upgrade for a lot of consumers if they are looking to play at a bigger resolution for example.

Tagged With: has been heroes, nintendo switch, pc, ps4, Xbox One