Hawken is turning out to be a solid game. There are no two ways about that and our in-depth beta preview is a testament to that. We recently got in touch with Jon Kreuzer, the Technical Director at Adhesive Games. We asked him about the development process of the game, the striking visuals and how they plan to monetize the game.

Kartik Mudgal: Hawken looks absolutely wonderful; can you guys tell us about the engine you are using?

Jon Kreuzer: Hawken is using Unreal Engine 3 from Epic Games. We started development using the freely available version (UDK), then upgraded to the licensed engine. A lot of the look is credit to the artists, but of course using a top-quality engine like UE3 doesn’t hurt.

Kartik Mudgal: What made you guys think about creating a mech game? Because it’s not something that most studios would readily make.

Jon Kreuzer: At the time we started Hawken there certainly weren’t any mech games in the news. We chose a mech game for a few reasons. We were a small team and the sci-fi environment with mechs was quicker to develop assets for. But mainly it was just something we were interested in working on.

Kartik Mudgal: How big is the studio and have you guys faced any difficulties while creating Hawken?

Jon Kreuzer: Adhesive games, the development side, is at about 30 people now. There are always difficulties creating games. Early on deciding direction, pursuing business opportunities, and growing the team took away from development time. Beyond that there are always a surprising amount of things that need to be done or should be done on a big released game, even if they go pretty fast there is always a backlog.

Kartik Mudgal: I know you have probably been asked this question to death, but can we see a console version in the future?

Jon Kreuzer: Currently we are concentrating on the PC and there is no console version in development. But that doesn’t mean we wouldn’t love to see one. It’s just a matter of resources, opportunity and fit into our current plans for Hawken.

Kartik Mudgal: Tell us something about the Oculus Rift support, did you guys had to alter the code or build the game with it in mind or does Rift work by default with the game? Is the experience drastically different with the Rift?

Jon Kreuzer: I’m actually not directly involved with Oculus Rift support myself so I don’t have an answer yet, but we are excited about the possibilities of Hawken on the Rift. 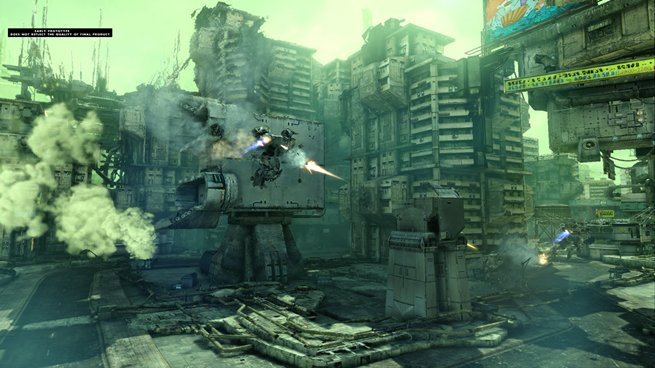 Kartik Mudgal: Do you guys think you can monetize the game effectively to generate significant revenue?

Jon Kreuzer: The first step is building the user-base and building out more of the features we want to see in the game. If you have enough dedicated players revenue will start to take care of itself. We of course think we can monetize well, as there are other games with similar models that are doing well.

Kartik Mudgal: Tell us about the challenges of creating a free-to-play game? How do you guys develop the business model for the same?

Jon Kreuzer: Free-to-play does open up some question related to fairness and balancing. Any game items or mechs in Hawken that you can purchase can also be earned by playing the game. We always offer free time-limited rental mechs too. We are still in the early stages but we will listen to player suggestions and look at analytics to see what people want. While going free-to-play does introduce design challenges, it also means everyone can try Hawken before spending money, and we can hopefully expand the game and support a multi-player community for a long time.

Kartik Mudgal: The action looks really fast and intense, why did you guys go with a design choice like that instead of the usual mech games where the action is a bit slower

Jon Kreuzer: We wanted Hawken to maintain dodge, cover, and twitch action for multiplayer combat. Although at the same time it’s slower in many ways than a lot of non-mech FPS games, so it does take some getting used to. Also our mechs aren’t building-sized behemoths, but closer in size to regular vehicles.

Kartik Mudgal: What is your personal view on the current generation consoles? Do you think developers feel restricted in their creativity if they develop for the PS3 and Xbox 360, especially considering how PC Gaming technology has advanced?

Jon Kreuzer: There is definitely a widening gap between modern PCs and the current consoles. At the same time there is a pretty big gap between high-end gaming PCs, and older or lower-end gaming PCs. Still PC development means less emphasis on certain things, eg. memory-usage, and you can created better visuals and do more interesting things on high-end GPUs and CPUs.

Kartik Mudgal: What do you guys think about DRM? Some players think that it is too intrusive and it eventually spoils the experience. What is your take?

Jon Kreuzer: Luckily as a free-to-play game we want as many people to have Hawken installed as possible, so DRM isn’t something we spend time thinking about. In general I’m not big on most types DRM, but I understand the desire to reduce piracy.

Kartik Mudgal: Is there anything else you want to add about the game?

Jon Kreuzer: Instead of me saying anything more, I encourage everyone to go to www.playhawken.com and try the game.

Special thanks to Aidan and Shannon from Meteor Entertainment for setting this interview up.