Posted By Shubhankar Parijat | On 04th, Mar. 2021 Under Article, Interviews

The original Hello Neighbor wasn’t your typical horror game, but it was exactly because of the uniqueness of its horror and stealth shenanigans that it caught the attention of so many. Its sequel, the upcoming Hello Neighbor 2, is looking to take things to an altogether new level. With massive AI improvements, an open world environment, and a greater emphasis on dynamism and emergent mechanics, so far, it’s sounding extremely promising. To learn more about the games and what we can expect from it, we recently reached out to its developers with a few questions. You can read our conversation with lead designer Nikita Kolesnikov below. 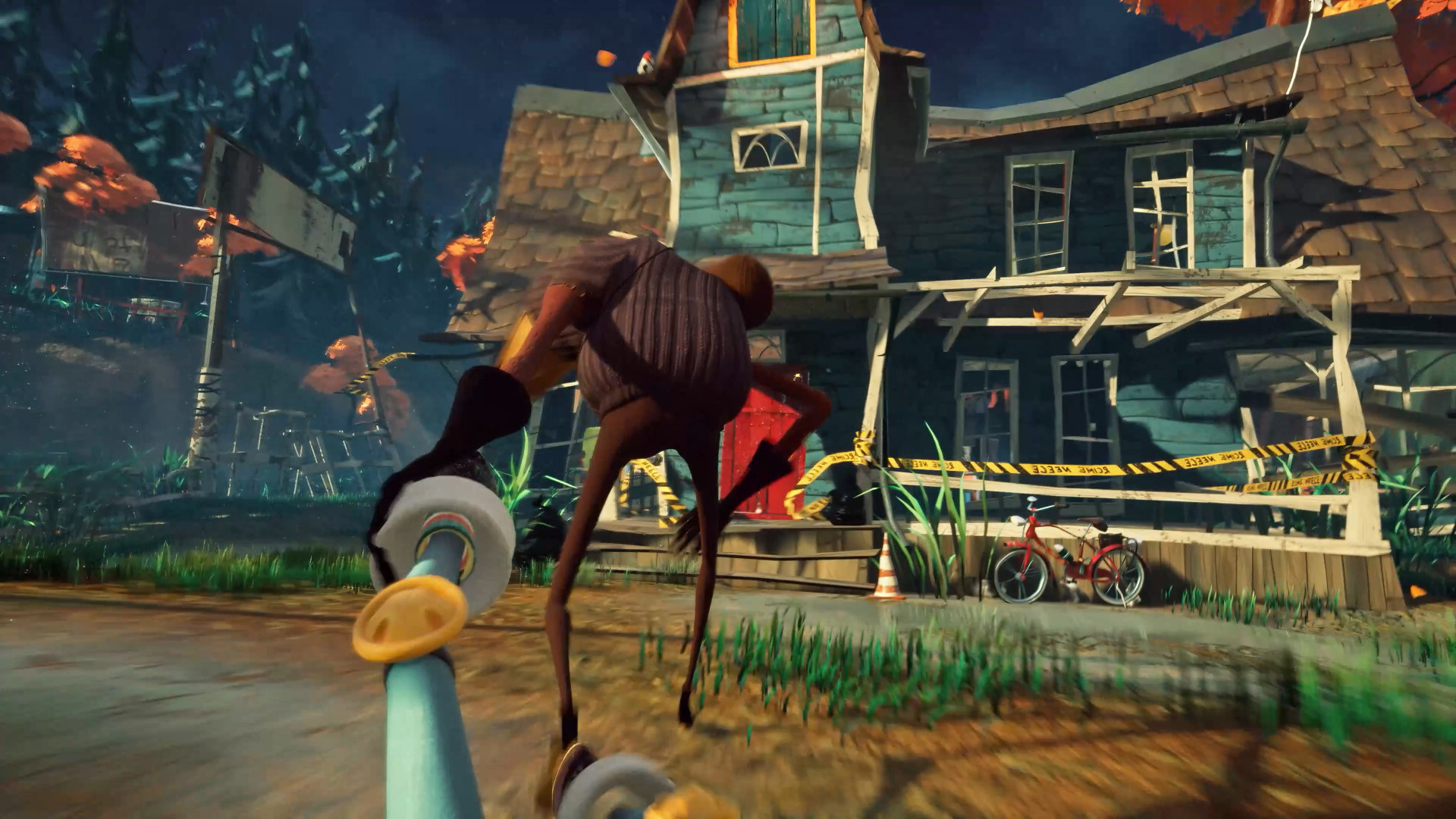 Hello Neighbor 2’s biggest draw – especially for horror enthusiasts – is the stalker AI. Can you talk about how much of a threat and presence this enemy is going to be throughout the game?

Stalking is only a small part of what we want to do about AI.

This time we reimagined the AI system we had previously. Our goal is not only to make the game more challenging for those who seek a challenge, but more complex and interesting to play. Something that players will learn and master over time. We want to build the game based on a few general concepts:

Close quarters encounters with AI are crucial to beat the game. To achieve that, we are adding a bunch of mechanics to influence, manipulate or somehow affect NPCs.

We want to eliminate those situations where the player was easily running away from the Neighbor at first sight. Now the game is closer to survival horror than it ever was. It’s easy to get in, but much harder to get out of the house.

The game makes the player experiment, asking themselves: “What will happen if I do this?” Our goal is to make the player constantly try new things, explore and learn the rules of the AI and game world in general.

So answering your question about presence, I might say constant, but half of that time the player is a stalker.

How has the enemy AI changed in Hello Neighbor 2 as compared to its predecessors? Can players expect encounters to be more dynamic as opposed to the previous game?

Absolutely. There are quite a few improvements of AI.

First of all, there is a new interaction layer that was not present in the first game: the state where the NPC is going about its life and the player interacting with it.

Yes, the first Hello Neighbor’s AI was jogging, watching TV, sleeping etc. It was random and as soon as the player was around the Neighbor, the Neighbor would run outside and chase the player, but now the things have changed.

We are not only able to observe AI’s life, but now it’s more organized and less random. There are certain rules to how AI works. It has its life goals, needs, understands intractable objects and the environment, and most importantly, knows how to use it. You can make NPC cold or scared, for example. Learning and understanding those rules, players can interact with AI, manipulate it and have fun even before running and hiding starts.

The AI’s Neural Network decision algorithms and new dynamic seeking system helped us quit using predetermined searching spots placed by designers. Current version of AI can understand rooms and geometry on its own. Using this and new player position prediction algorithms we try to create more unique and diverse gameplay scenarios that are procedural.

Another particularly interesting element of Hello Neighbor 2’s AI is the blend of having a set schedule, but also being able to learn from the players’ actions and taking them into account for its own actions. That is particularly exciting in a horror game such as this one, but how does Hello Neighbor 2 ensure that the AI doesn’t ever get too overbearing? How is the game striking a balance between having a competent and believable enemy and not being too hard on players?

Our goal here is to expand the game’s content and to avoid pure increase of difficulty. While learning from a player’s action, AI will learn new tricks, modify its daily routine and find more optimised and not predetermined ways to achieve its goals (e.g. finding the player) . While all of this is happening to AI, the player will learn new tricks too! We want the complexity of interactions to increase, and not the difficulty. 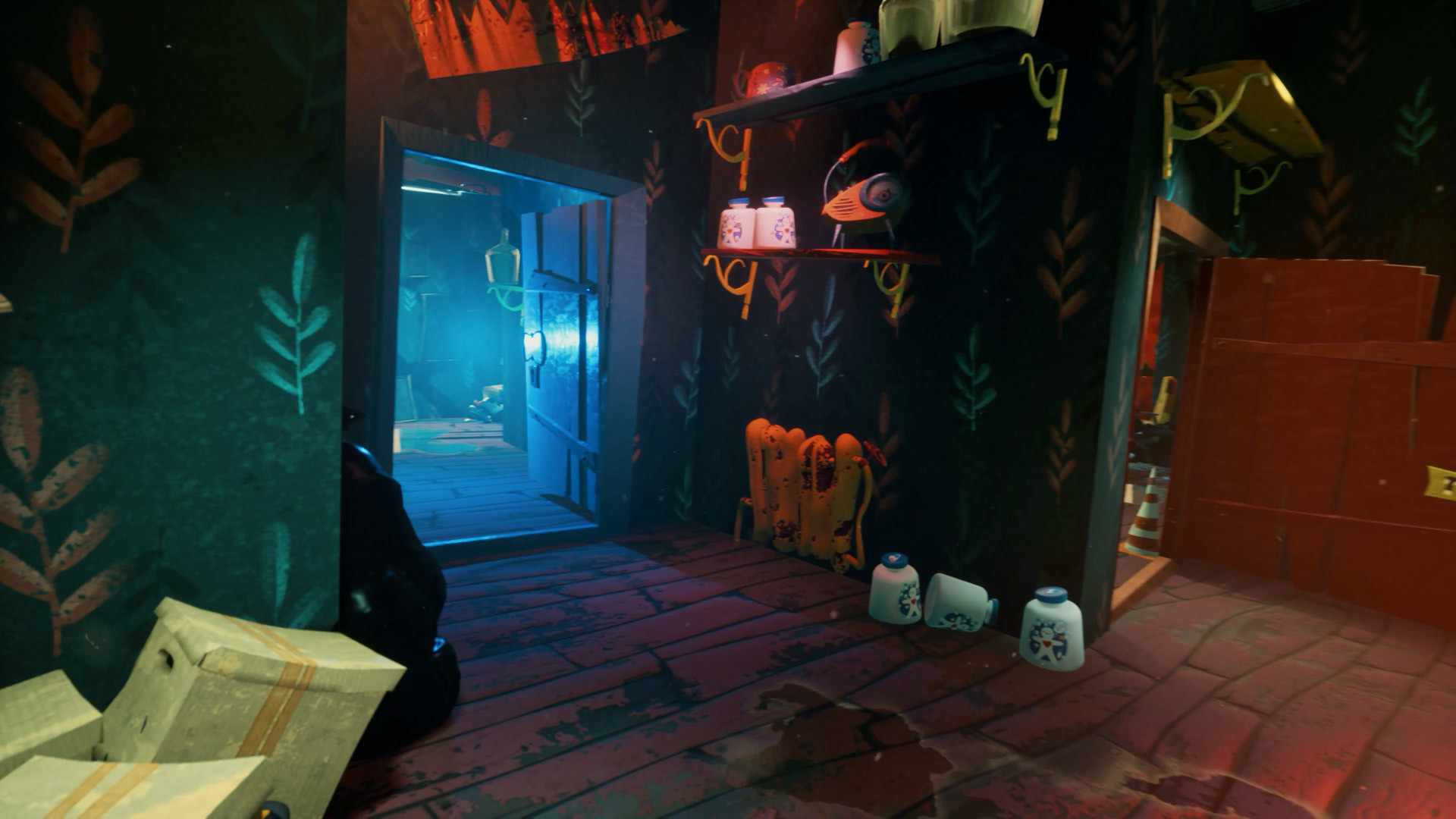 What can you tell us about Hello Neighbor 2’s open world setting? What has your approach been to the world design in terms of things such as size and density of environments?

I’m not sure if I’ll be able to provide exact metrics of the map size, but it absolutely will be bigger than the observable part of the Raven Brooks from the original game. Character interactions and puzzle-quest filled maps are our priority. It’s as if not only your neighbor is creepy or suspicious, but the whole neighborhood is. Being a journalist, your goal is to uncover all those secrets. So our approach here is to create a dense environment when there is always something to do.

We plan to place AI-driven characters, other than the Neighbor, to play around with. Every one of them will share the same AI “brain” but will behave differently according to its character.

Hello Neighbor 2 promises an emergent narrative and world that reacts to players’ actions. Can you talk a bit more about that, and how that will fit into the larger story the game is trying to tell?

The main character is a Journalist in this town called Raven Brooks. And it seems like nothing is happening in this place in the middle of nowhere. But the town is filled with secrets that are intertwined with each other. Depending on how the player will solve all those cases, the behaviour of AIs would be different, since the AI not only learns stuff but gets manipulated by the player. State of the world will evolve. Some events are predetermined by developers, others will happen procedurally. All of that will affect the gameplay. It’s basically something like interaction between player and the Neighbor, but on a scale of a small town.

Outside of the open world and the AI, what are some of the biggest changes Hello Neighbor 2 is making over its predecessor? What sort of improvements can players expect to quality-of-life features or the more small-scale mechanics?

Well, first of all the controls. We are trying to make controls much more fluid and flexible. Not only in terms of input but in terms of abilities to explore the world. One of those things is a climbing mechanic for example, which allows the player to have much more freedom while exploring the world.

We also want to make the game more accessible in terms of goals and puzzles. It does not mean that the game will be easy per se. Those who seek complex puzzles will still find a way to satisfy one’s needs. What we want to do is to help the player find the direction but not the exact way.

How has the response to Hello Neighbor 2’s alpha been? What are some of the most changes or improvements you’ve made as a result of the alpha period?

The response is awesome! The Hello Neighbor community is really open for communications, which helps us a lot. I think the biggest change is the AI. Playtests and surveys helped us to understand the game better and how to improve NPC behaviours. We basically rebuilt it from the ground up. Can’t wait to share the latest version with the players. 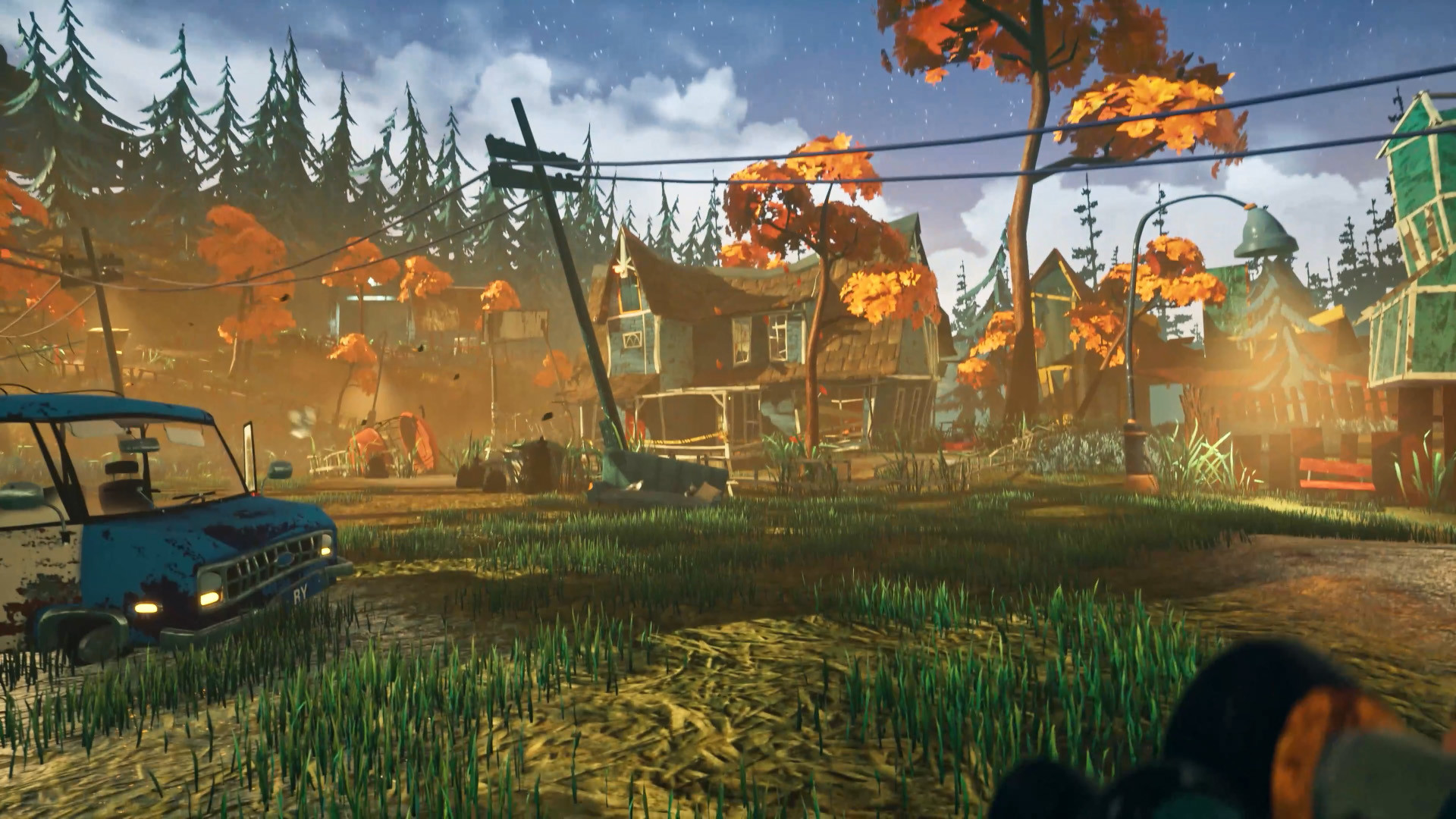 Roughly how long will an average playthrough of Hello Neighbor 2 be?

It’s hard to say at the moment, to be honest. I think it will be around at least 8 hours at the start.

We plan to actively support the game after its release. The updates will add to the playthrough time as Raven Brooks expands.

Why is Hello Neighbor 2 launching as a console exclusive for the Xbox family? Do you have any plans to eventually bring the game to the Switch and to PlayStation consoles?

We will be talking about the platforms in the near future.

Can you talk about tinyBuild’s acquisition of the Hello Neighbor property and their subsequent investments into it? How has the process helped the development of the sequel and your outlook for the series’ future in general?

It helped a bunch actually! We started as amateur developers. Hello Neighbor was our first game and we didn’t know how to develop stuff efficiently. But now being the part of tinyBuild’s growing team, we got access to the best practices. It helped us to restructure and expand the team significantly, set up proper processes to avoid crunches and provide even workload. All of that helped us build a healthy work environment and team culture. Now after a few years of learning these new development routes, none of us feels like an amateur anymore.