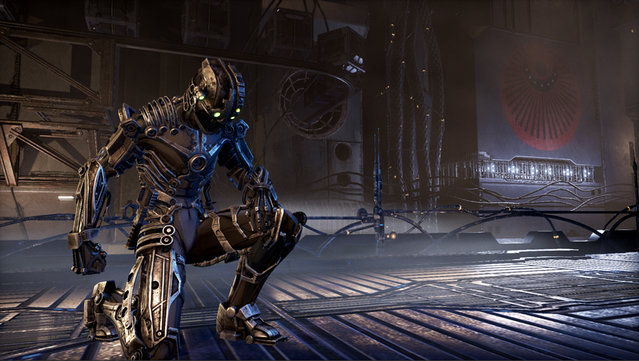 If you’re looking for a new sci-fi RPG to get excited about, then Hellpoint may be of interest to you. The game has just been announced to be in development by Canadian developer Cradle Games, and will be published by tinyBuild in 2019 for PC, PS4, Xbox One, Nintendo Switch, Mac, and Linux.

Hellpoint‘s story takes place after the occurrence of a huge “occult quantum catastrophe” that ended up causing various anomalies. Players will find themselves exploring the Irid Novo Space Station as it is orbits around a black hole, and will attempt to unravel the mysteries surrounding the events that led to the aforementioned cataclysmic incident. Lots of daemons and other strange beings are drawn to the space station, and it’s up to you to decide how exactly to deal with them. As you can see in the announcement trailer for the game, it looks like it will be dealing with some hefty themes regarding questions of destiny, existence, and more.

Based on the press release that came along with the game’s announcement, it looks like there will be dynamic events in the game caused by the space station’s orbiting of the black hole, crafting mechanics, multiplayer elements, and more. It also seems like the space station itself is going to be something of an open world environment.

You can check out the announcement trailer for the game below. If you want to learn more about Hellpoint, make sure you visit the game’s official website.