We don’t often come across games that try to say something, but Arclight Creations’ upcoming Help Will Come Tomorrow definitely seems to be trying to do so. Set in 1917 in the Syberian wilderness, players will take control of a group of survivors of the October Revolution as they attempt to live another day, battling against the elements, and getting embroiled in conflicts against others. It’s an interesting premise, to say the least, and the game’s blend of narrative and choice-driven mechanics and its striking art style certainly make it look like a title to keep an eye on. Hoping to learn more about the game, we recently sent across some of our questions to its developers. The questions below were answered by designer Kamil Szelagowski and programmer Przemyslaw Dabrowski. 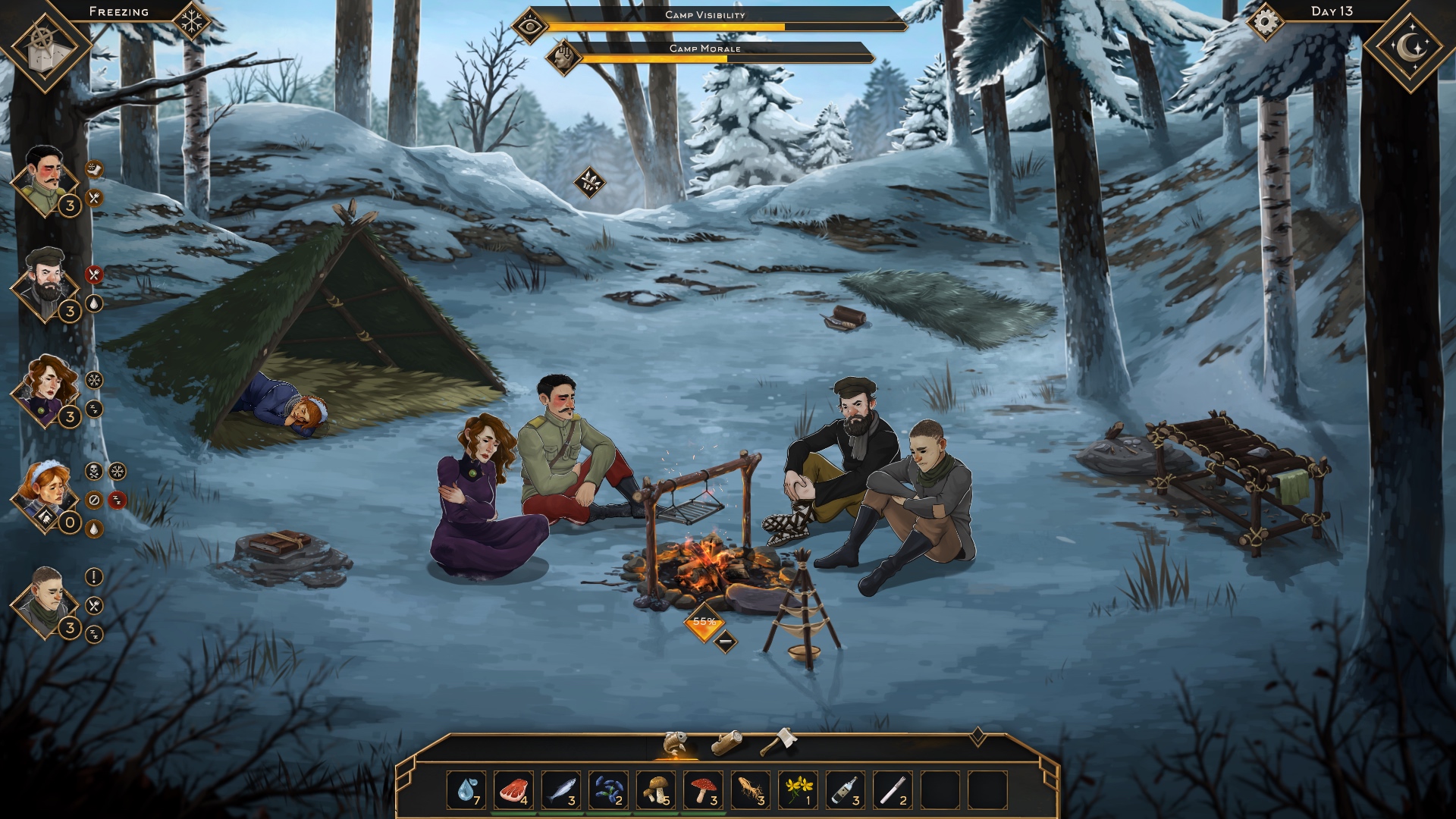 "We sincerely hope that some of the players will find even more in our game and that it will reach them not only as a ‘message’ but more as an inspiration."

Help Will Come Tomorrow’s focus on social classes and animosities as one of its central themes is a very interesting one. How important is it to you that the game carries a message for its audiences?

KAMIL SZELAGOWSKI [DESIGNER]: We sincerely hope that some of the players will find even more in our game and that it will reach them not only as a ‘message’ but more as an inspiration. We don’t want to impose anything on anyone. Our goal is to indicate that everybody have their own background, story and traits, but there is always a chance, that complete opposites can trust and help each other to get out of difficult situation. We want to talk about overcoming people’s hate and prejudice for each other. To point negative effects of radicalism which, as the history shows, leads to a place from where it’s hard to go back.

Can you talk about how that manifests in terms of gameplay?

SZELAGOWSKI: One of our main goals was that the game mechanics support the story we want to tell. That’s why we’ve created three main systems to highlight character divisions and differences: factions, character traits, and relationships.

Shortly after the disaster, the protagonists don’t know each other and  base their assessments on factional affiliation of the others. During the game, traits of all characters are gradually discovered, which can be both advantages and vices. These affect both the relationship and the course of dialogues and events in the game.

One of the messages of our game is the need for dialogue of people with different views. That’s why we decided that one of the key mechanics of our game will be night conversations around the campfire between the characters. The player will be able to discuss a variety of topics and make decisions throughout them. Characters expressing issues in line with their beliefs will raise their morale, but at the same time may have a negative impact on the morale of the entire camp, as well as relationships with other interlocutors. The player’s task will be to balance and weigh the statements to avoid quarrels and divisions.

How does the dynamic weather and wildlife affect gameplay, and how does it factor into the decision-making that players will have to do?

SZELAGOWSKI: The weather, like most systems present in the game, will sometimes be randomly generated, and sometimes changed according to the scenario, events or level of difficulty of the game. It will have a large impact on the gameplay itself, including increasing the chances of getting lost during an expedition, obstructing actions, destroying buildings or covering them up by snow. In addition, it will also affect characters – increasing or decreasing negative statuses, or affecting the morale of the characters.

During the game, the player can find many different animals – being part of the Siberian fauna. The hunts themselves are based on an event system, where the character traits and the equipment of the expedition define the number of possible choices and affect the success of the hunt. In addition, the player will be able to catch smaller animals by setting traps within the map or try to catch some fish in the nearby river. 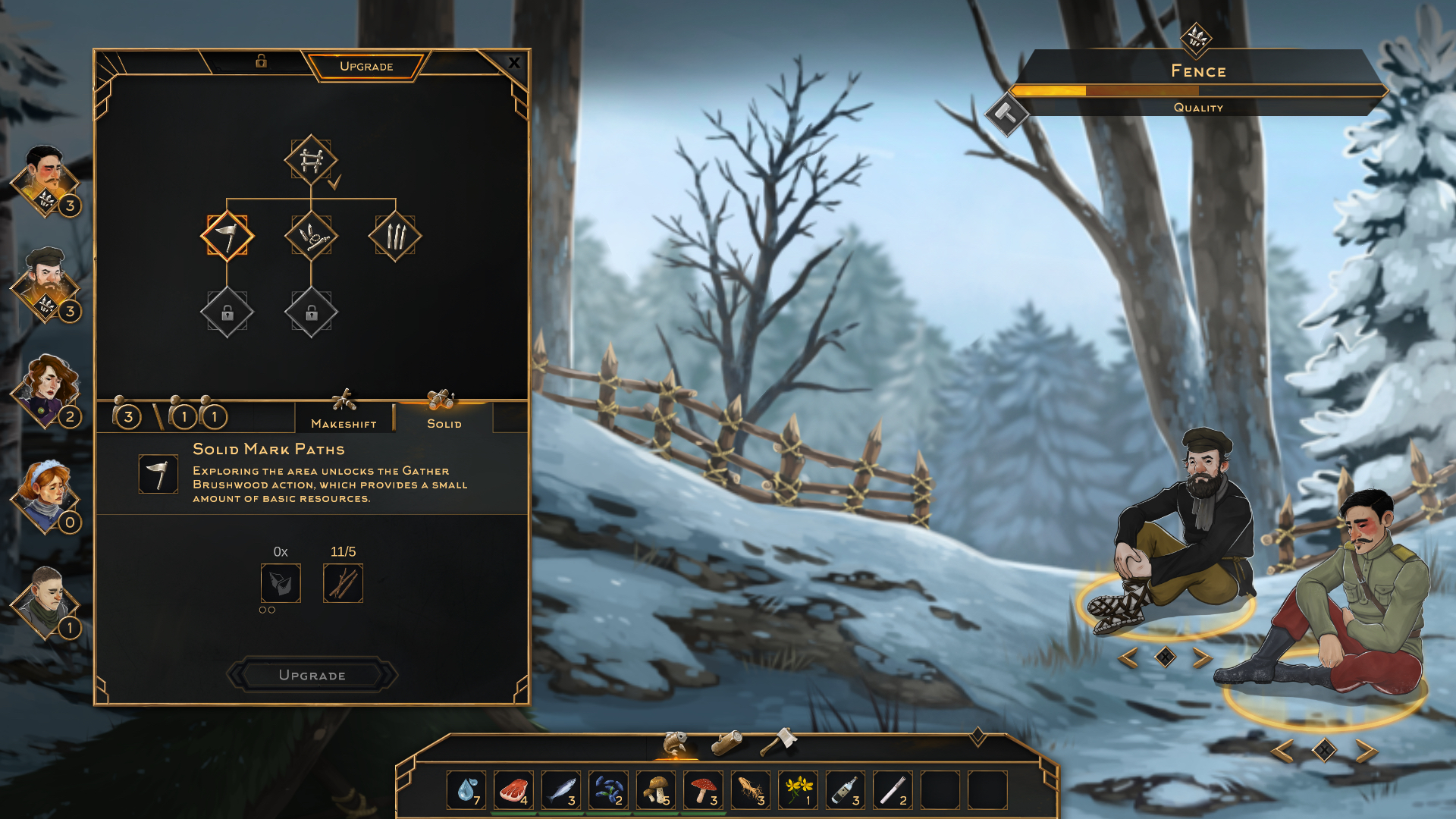 "One of our main goals was that the game mechanics support the story we want to tell. That’s why we’ve created three main systems to highlight character divisions and differences: factions, character traits, and relationships."

What can you tell us about the Event system?

SZELAGOWSKI: The Event system in our game is based on textual narrative with various choices that the player can make. Characters participating in the event could have different attitude to specific solutions due to their individual traits. Depending on possessed resources or items, additional choices may appear. The events themselves are divided into many categories, e.g. camp events, expeditions, hunting or events related to renegades.

Help Will Come Tomorrow sports a striking visual aesthetic. Can you talk us through the process of landing on this art style for the game?

SZELAGOWSKI: Help Will Come Tomorrow from the very beginning  was supposed to be a game created in 2D technique. The intention was to create a graphic style that evokes the emotions of difficult situation in which the characters find themselves. The priority was to give away a cold and dangerous environment and a sense of isolation from the outside world on the expanses of endless Siberia.

Roughly how long is an average playthrough of Help Will Come Tomorrow?

SZELAGOWSKI: We don’t really like to talk about exact time needed to finish the game. One player will read carefully to all the dialogues, the other one will skip it, and this might mean few hours of difference between them. So it is hard to specify . Although, the game has high replayability and to fully know all the characters player, I would say, one will need 14-16 hours.

SZELAGOWSKI: At this moment we don’t think about it.

PRZEMYSLAW DABROWSKI [PROGRAMMER]: Switch offers the portability of mobile games, but with different control schemes in comparison to the latter, which opens new opportunities in designing the gameplay mechanics. We feel like HWCT is a very Switch-like game, as we have seen so many great narrative games on Nintendo console lately.

DABROWSKI: An SSD offers faster load times, which generally will improve the player experience. Also, it will help in any case that will require a fast data stream from the disk. 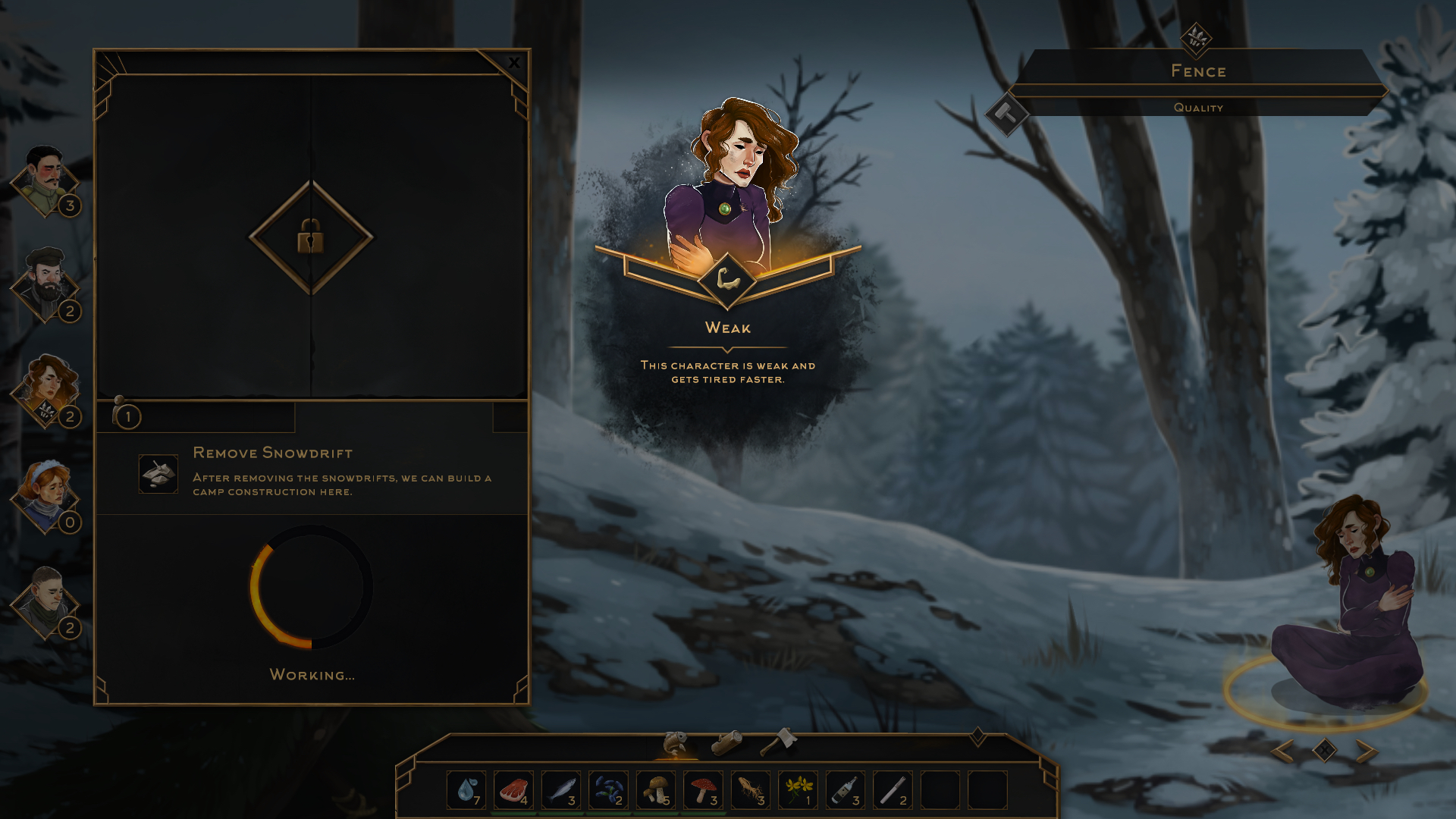 "Help Will Come Tomorrow from the very beginning  was supposed to be a game created in 2D technique. The intention was to create a graphic style that evokes the emotions of difficult situation in which the characters find themselves."

DABROWSKI: The 8 core, 16 threaded Zen 2 CPU is indeed a major, and exciting improvement over the last gen consoles. More available processing power can offer a lot of benefits for the developer – for example in procedurally generated and simulation heavy games, or physics calculations. So not only does the better processing power offer a smoother gameplay experience, it will offer us – the developers – a possibility to create more realistic and immersive worlds.

Xbox Series X features GDDR6 memory. How will this increase in memory bandwidth help you in the future?

DABROWSKI: Generally, a faster memory bandwidth allows us a smoother rendering and loading of higher resolution textures, for example – in 4k. So it can help us achieve the current holy grail of gaming – 4k/60fps.