Here Are Some More Details on Far Cry 4

A far cry from what you were expecting. 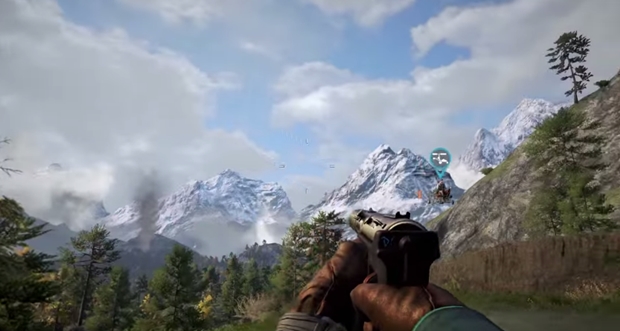 Far Cry 4, which will be launching later this year, looks absolutely amazing. Far Cry 3 was a hell of a comeback for this series, which hit a bit of a slump with Far Cry 2, and it looks like the fourth numbered entry will kick things up even further into the stratosphere of insanity.

Game Informer has been covering Far Cry 4 for quite a while, and we got some juicy new information about the game thanks to them. For instance, we now know that Far Cry 4’s total map size will be roughly equal to Rock Island in Far Cry 3; although, given that Far Cry 4’s map is more mountainous, it will also be a whole lot denser. We also learned that Far Cry 4 will factor in thin air and atmosphere on the peaks of some of the mountains- so you need oxygen tanks to be able to properly function in these areas, and these are always hard to come by. Oh, and for those of you who like over the top craziness, there will also be an avalanche setpiece in the game. Yeah…

There’s another thing that struck out to me, that, if implemented properly, might actually be the answer to the disconnect between narrative and gameplay that so many video games have suffered from over the years. You see, Far Cry 4 will let players interrupt cutscenes with button presses, that changes the outcome of the scene (and therefore shifts the story a little); the thing is, players will never be given a prompt to do so. They can press the button by themselves, and it might or might not have an effect, giving the players quite a bit of agency in the game’s storytelling.

There’s a lot more juicy info on Far Cry 4 in the actual podcast, so be sure to check it out for yourself. Far Cry 4 launches later this year on Xbox One, Xbox 360, PS3, PS4, and PC.