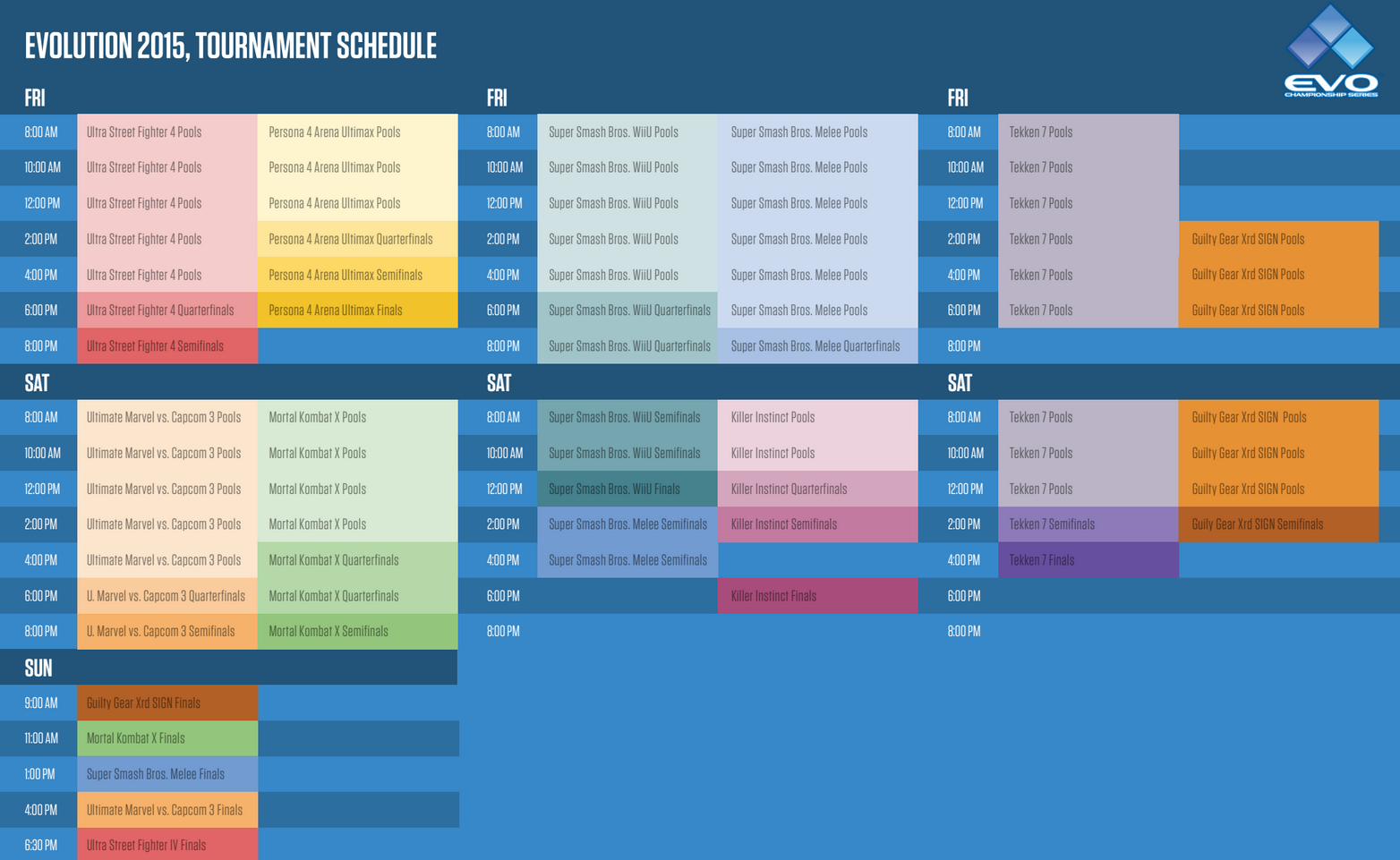 EVO 2015 is almost here- the world’s premier fighting game tournament, and also one of the showcases for eSports, has record participation this year, across a full range of games, covering everything from anime based fighters like Guilty Gear and Persona, western fighters like Mortal Kombat and Killer Instinct, technical and exacting ones like Street Fighter and Marvel vs Capcom, and Nintendo’s Smash Bros., of course.

If you were planning on following this event at all, in any capacity, then you are in luck- EVO has gone ahead and released the full schedule for the tournament for this year, which you can see above by clicking on the image. The last two days appear to be especially exciting, with Smash 4, Melee, Street Figter, and Guilty Gear finals all being held in that period.

Which games are you planning on following at EVO this year? Personally, I’m excited for Persona and the two Smash games. What about you? Let us know in the comments.