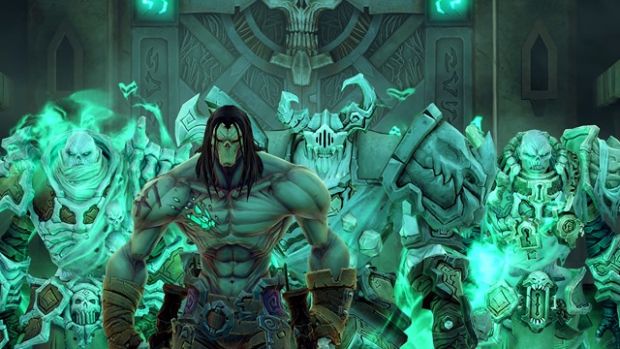 Darksiders 2: Deathinitive Edition is out now for PS4 and Xbox One and it’s a surprisingly strong remaster of the three year old action adventure title. One question remained though – given the technology on hand, why didn’t developer Gunfire Games go with 60 FPS? The original game ran at 30 FPS and there’s clearly enough power on the current gen to handle a higher frame rate.

GamingBolt spoke to design director John Pearl about the same and he noted that, “When we started out, we looked at what it would take to achieve 60 FPS but we knew it would be a very challenging undertaking. It sounds easy especially as other games have achieved it but it really depends on how the game was built and how versatile the engine is on console. In the end we would have had to re-do some levels from scratch to achieve 60 FPS. Some areas in the game currently run well over 60fps while others run at 30fps. Running the game unlocked allowing the max frame rate would end up resulting in a lot screen tearing and an overall poor experience for the players.”

It was also dependent on the original engine the game was running at. “Additionally, to get an engine running at a solid 60fps on consoles it has to be a goal when creating the engine and the assets or at least a lot of serious work has to be put into it to get it running at 60fps. The engine that both of the Darksiders games run on were not optimized to run at 60fps on console nor was the data optimized for that. There would have had to have been major overhauls to the way things were rendered at the core of the engine and some major changes to some of the visuals. There are technical cheats out there that would allow the game to run at 60 fps at the cost of a variable resolution. We decided a locked 1080p at 30fps was more important to us than the 60fps with major drops in resolution.”

This isn’t the first time we’ve seen a developer for this – it’s just that we’re so used to most remasters trying to hit 60 FPS and 1080p resolution. Regardless, what do you think about the decision to stay at 30 FPS for Darksiders 2: Deathinitive Edition? Let us know in the comments.