Work in progress, though. 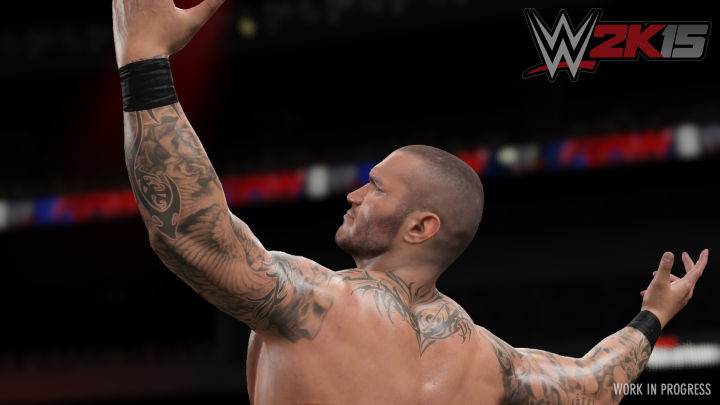 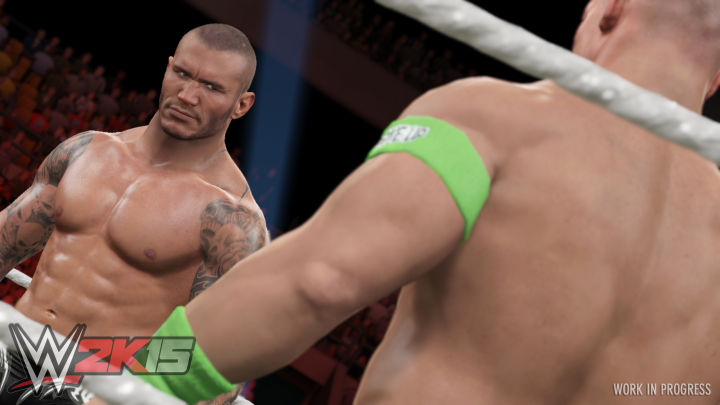 Although we have had our first look at what WWE 2K15- the first WWE title that will be developed entirely under 2K Sports’ wing (and one that looks quite good, to be honest) a while ago, thanks to IGN, we haven’t yet gotten to see popular wrestler Randy Orton in action (even though the first batch of screenshots teased players with what seemed to be him). Well, IGN just put out a new batch of screenshots, one that does show Orton, and on the Xbox One and PlayStation 4 no less.

The new screenshot is pretty much the John Cena image we got a while back, but from a reversed perspective, showing us Orton getting ready to face off with Cena.

Interestingly enough, 2K claims that the screenshots showing off Orton are a ‘work in progress’ while there was no such qualifier attached to the John Cena image. Hmmmm. I wonder why that is.