A horror game set in a post-nuclear wasteland? Yes, please.

Fallout has been through its fair share of ups and downs as a franchise. This is a side-effect of many things, but one of which is Bethesda’s willingness to experiment with a variety of different mechanics and genres with the series. Not all of these experiments have panned out the way Bethesda was probably wanting them to, most notably, the all-online multiplayer genre with Fallout 76. While that didn’t turn out too well, still, Bethesda has demonstrated an interest if not an urge to stretch the Fallout series into other areas in terms of genre. Because of this, it’s interesting to think of all the different directions in which Fallout could go. Given its desperate setting and horrifying enemies, many think that perhaps the survival horror genre is one that Fallout could try. But could it work?

Surely, a survival horror game for the Fallout series would be a bit of a departure. While there are many survival elements in the Fallout series, like intense resource management for instance, and the games do have some intense moments that might give the player a whiff of the tension that is felt in good horror games, the Fallout games are not by any means explicitly horror. Still, since many of those core elements are there, it’s not unreasonable to think that the series could make that leap. Maybe it’s not such a massive jump at all. Maybe a horror Fallout game is not as crazy as it might sound at first.

The combat alone does seem to lend itself to the idea. The first person melee style of New Vegas and 4 in particular certainly would carry over well with its visceral feel and intimate sound design. Slamming blunt objects into monsters in a dilapidated wasteland isn’t too different from what many other horror games have already done anyway, right? The only thing about Fallout’s combat that would really need to change would need to be the tone of it and the philosophy behind its rules. While hacking and stabbing away at the various enemies of Fallout 4 is fun and, sometimes, quite tense, it’s not exactly scary most of the time. In fact, sometimes it can get downright silly.

While many fans see this as a strength of the series, it would need to change for a horror game. There would need to be more of a sense of urgency and consequence than what currently exists in the Fallout games’ combat as we know it. Standing in front of an enemy and trading blows until one of you dies is not scary. It might work in a survival action game with an emphasis on its sandbox-y chaos, but it wouldn’t do the game any favors in the horror genre as that would completely eliminate the immersion that is absolutely essential for maintaining the high-tension needed to keep a horror game feeling scary. Also, many of the firearms Fallout is known for would have to either go away, or be extremely limited in their use. Many of the assault rifles like the problem solver, miniguns, RPGs, and the like, would probably need to go away for the game to maintain any sense of real danger for the player.

While many survival horror games do introduce weapons like these in their games, it’s generally only in very scripted ways either at the end of the story to take out a final boss or in some sort of dream sequence. Horror games that let the player blow enemies away with missiles or machine guns all willy-nilly, generally lose much of their scare factor as a result, and that would pretty much nullify the point of becoming a horror game in the first place for Fallout. So while many long-time Fallout fans would probably lament the loss and/or reduction of many of these weapons, that would need to be a pill they’d have to swallow if they really wanted a Fallout horror game. 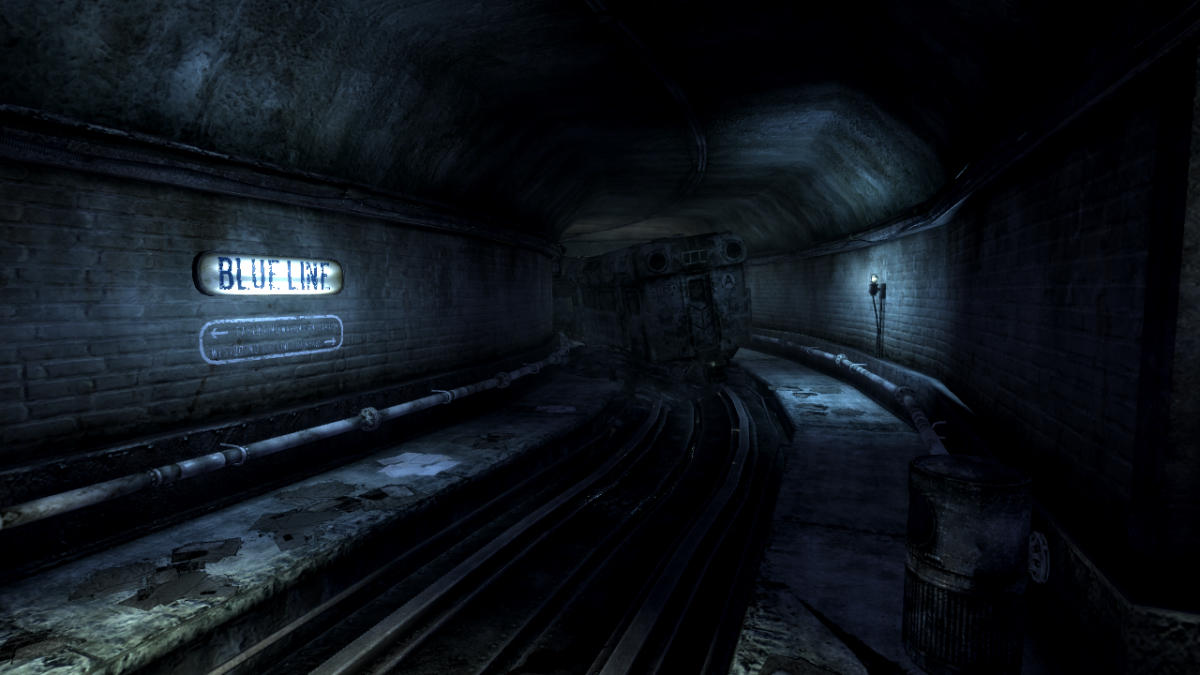 The enemies are also perfect for horror. Not much would need to be changed here. Nuclear fallout causing the various mutations and unspeakable horrors that it does in the Fallout universe, lends itself perfectly to the horror genre, so the enemy designs and landscapes could probably get by with very little if not nothing changed. The ability to craft and deconstruct settlements and other structures could also be very useful for a horror-themed Fallout game. The tension that comes with maintaining your home base does blend well with more horror-focused games like The Forest, so odds are, if kept in-line with the limited resource management of horror games, this mechanic could be kept intact for a horror Fallout, albeit tweaked a bit to introduce more of a constant threat.

Going forward into a new genre would also likely require as much of a fresh slate as possible for the series, to minimize conflicts. So the familiar settings of Fallout 3, 4, New Vegas, and 76 would need to be completely left behind. Perhaps a setting in a completely disconnected area like Asia would work best, as to not only avoid conflicts with other storylines, but also to make it clear that this game is going to be a very different experience from what Fallout players are used to. On top of that, a different time period would also serve well for the same reasons. Much later than the year of 2077 would not only stand apart from the other games for lore reasons, but it would also justify the smaller amount of available crafting supplies, ammo, currencies, and other resources to provide that more intense resource management that it would need to be a good horror game. Giving Bethesda that clean slate would also provide room for new characters, new mutations, and a brand-new storyline to develop on.

In addition to changes that the franchise would need to make, there does seem to be a demand for such a game among the Fallout fanbase. With plenty of great mods out there for Fallout 4 and 76 that add the fog and distant sirens of Silent Hill, darker skies, and other scarier texture modifications for enemies, it’s clear that a full-on horror game from the franchise would garner plenty of interest and generate plenty of buzz. Perhaps if Bethesda could implement some of those ideas into their design philosophy, and maybe consult the folks over at Tango Gameworks who have clearly demonstrated their ability to put together some great horror experiences with The Evil Within games, they could certainly have a shot at pulling this off. 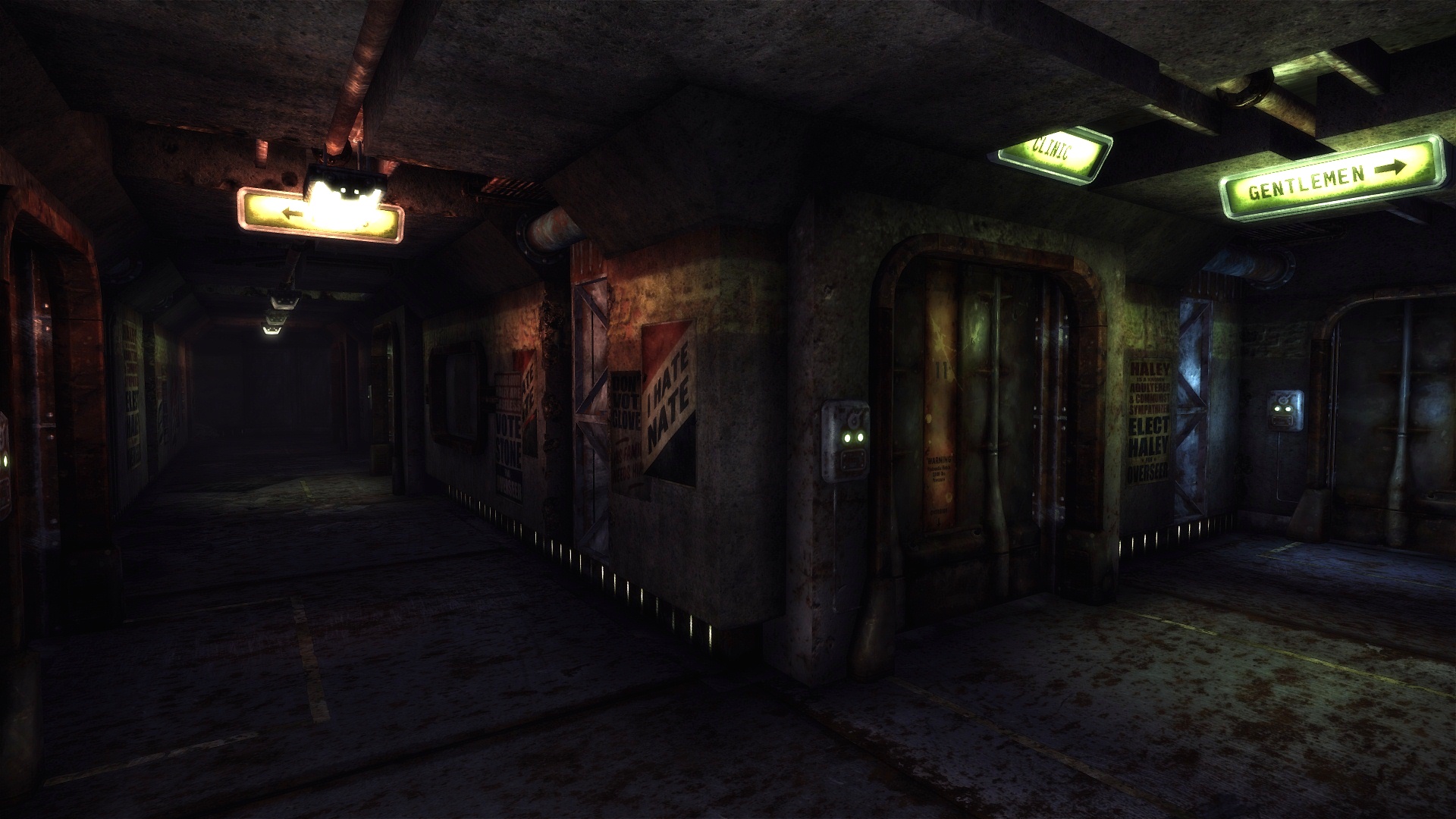 Whether or not creating a convincing horror game in the Fallout universe would actually translate into sales would be another task altogether. We all know where the fanbase currently stands in relation to their trust in Bethesda to deliver upon their promises, and it’s not a great place. This would largely be up to Bethesda’s marketing and whether or not they could regain the trust they lost from the fallout of 76. Repairing that level of damage would be a herculean task for sure but perhaps a massive and successful shift like taking the series to a horror game is just what they need to get that done.

While the Resident Evil franchise certainly saw a bit of a downward spiral after the release of Resident Evil 6, Capcom was able to turn that around with a massive revamp taking the series back to its roots with RE7, which was a huge success as a result. Granted, Resident Evil was already known for horror while Fallout is not, so Bethesda’s lift would be a heavier one, but the dynamic is the same. While a horror game for Fallout might not be for all the current fans of the series, if done right, it could very well bring in enough new fans to offset that, while undoing much of the damage that was done with their previous game’s problems. It would be a huge undertaking, but given all the elements that seem to lean in Bethesda’s favor on this, it does appear to be within their grasp if they would want to give it a try.