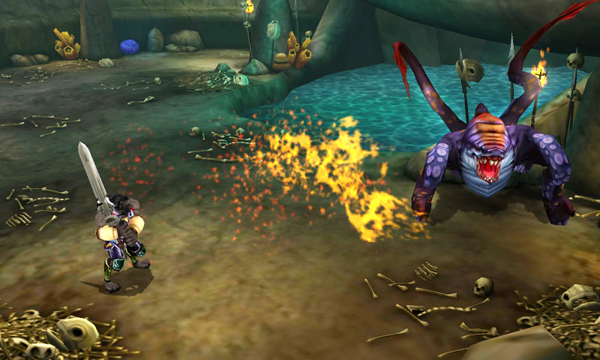 Square Enix have announced new adventure game for the 3DS: Heroes of Ruin which will feature four unlikely heroes brought together to form a fearsome alliance. The game will be released on the 3DS during early 2012. The game will be playable at this years E3 at the Square Enix booth.
“With Heroes of Ruin we wanted to take the game experience beyond the confines of the console’s two screens,” said Lee Singleton, General Manager, Square Enix London Studios. “Nintendo 3DS’ online and social features allow us to do so much more than multiplayer, using both StreetPass and SpotPass to give players innovative ways of enhancing their experience.”
Heroes of Ruin uses StreetPass to create an inventive in-game ‘Traders’ Network’ where players can buy and sell rare and powerful items picked up in battle. With an ever-changing inventory updated from each player passed in public, character strengths and abilities can be greatly enhanced through accessing items from other players’ games. Outside of the game, Heroes of Ruin makes use of SpotPass to reward players with rare one-off items or unique challenges through local wi-fi hotspots. The official HEROES OF RUIN community website will reward players further with daily challenges and quests available to complete in-game. With social media functionality, the site will also give players a platform to meet other gamers, swap ideas and items and team-up in-game.
Stay tuned to GamingBolt for more news and updates. 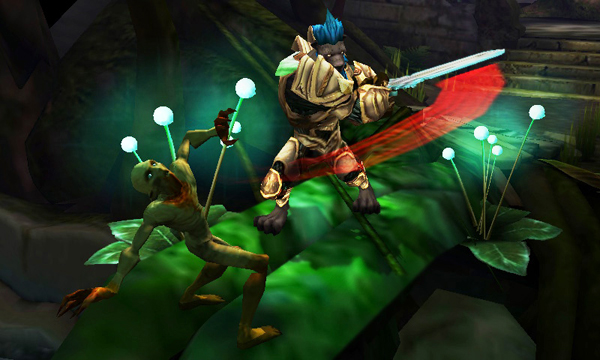