Posted By George Reith | On 18th, May. 2011 Under Feature, Slider | Follow This Author @GNReith

The Hitman series has been out of action for some time. The last entry, Blood Money, saw a release in 2006, and even then it was only ported to our modern generation of consoles. The first Hitman in six years and the first Hitman game specifically designed for our current generation of consoles, Absolution, has a lot of expectation to deal with. What exactly can it improve upon and change in order to ensure that it meets the hype?

There’s always been the whole cloned aspect of Agent 47 that has provided a loose plot thread throughout the Hitman series. Some games have chosen to lightly explore this narrative element, whilst others have almost completely ignored it. Though this isn’t always the case, the levels are structured so separately in Contracts and Blood Money that they don’t feel especially linked. A more cohesive narrative with overarching themes that intersect all the game’s missions would sort this out, and it could also provide some details on 47’s elusive back story. 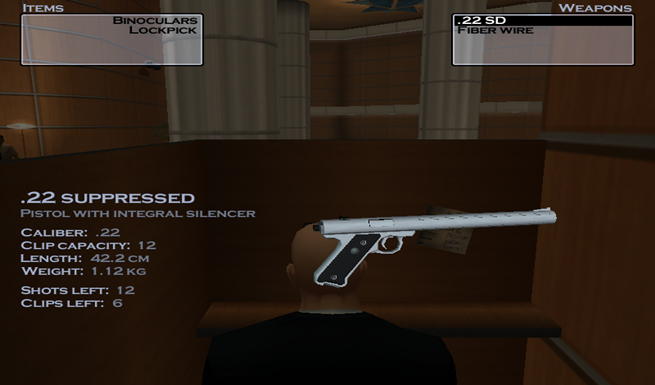 It was a necessary gameplay mechanic, but it did slow down the proceedings

Hitman has always been a slow-paced game, and I have never had a problem with this. It’s the methodical approaches you need to take that make the series so enjoyable and unique. The problem comes when the game comes to a complete stop, an all too common occurrence when you have to open up a separate inventory menu that pauses the game. As Hitman is a game that requires you to manage a plethora of tools and weapons regularly, a smooth and intuitive inventory system would really help Absolution stand out.

The Hitman games have never had a problem with weapons variety, with shotguns, pistols and sniper rifles as far as the eye can see. The problem comes in the more stealth orientated tools. Aside from more context sensitive objects, your day to day stealth implements are limited to fibre wire and sedatives in syringes. More useful, and generally applicable, tools of stealth would help give the series greater variety than ever before.

Linking into the previous point are the amount of stealth opportunities present in previous Hitman games. Whilst the missions are renowned for the choices offered and the many ways you can complete them, many prevent you from getting the elusive ‘silent assassin’ rank for that particular level. I love having the choice to plant bombs and cause raucous and noisy accidents, but not at the expense of ways to finish a level in complete silence. More unique and complex ways to finish levels with the ‘silent assassin’ rating would satisfy the more sadistic and dedicated Hitman fans.