Hitman: Absolution takes us back to the core of tactical espionage. This nonstop ride, presented by IO Interactive and Square Enix, offers all the thrills that any returning gamer and newcomer will have a hard time walking away from. So suit up, grab your favorite silencer, and get to work.

Hitman Absolution starts the game with the loss of a friend who entrusts you with Victoria, a girl whom everyone wants to get a hold of. Although the main theme of protecting her is a little out of Agent 47’s expertise, he still finds time to get his contract work done.

The campaign mode is broken down into twenty levels, including a tutorial and an epilogue level. Each level varies on the amount of sub-levels within. In some cases there can be one or two levels with contracts in each place to hit. In some, there are over four, and can certainly tests your skills. All levels start with some great cutscenes with some creative looking characters, great voice acting, and pretty good facial animation.

Every environment is highly detailed. If it weren’t for your instincts- a button  press to highlight your goals, as well as potential bad guys and even the path they walk- you could easily get lost in most levels. Most levels are big with plenty of places to hide or search. In certain situations, though, there isn’t a big place, like Chinatown, the bar, nightclub, or fight club you have to deal with huge crowds. As challenging as it was, I actually preferred the crowded levels more. You could blend into the crowd and then pick off your targets as needed. If you are careless, though, the crowds can give you away quickly and then all hell breaks loose.

With the list of challenges per level, many will find a good amount of replay value in this game. Challenges can range from exploding fireworks to distract guards to performing executions on contracts in creative ways. All completed challenges add to your overall score and the score can help unlock and upgrade Agent 47.

However, for all that Hitman Absolution has to offer, it may not be perfect. After seeing the way you move amongst crowds in Assassin’s Creed, I felt Agent 47 really lumbered his way through a crowd. He didn’t move as smoothly. He would just push right through people which I was afraid might alert the guards, but that never really happened. But they never missed a thing. If I followed a guard out of a room to take him down and take his clothes, sure enough someone would catch me. 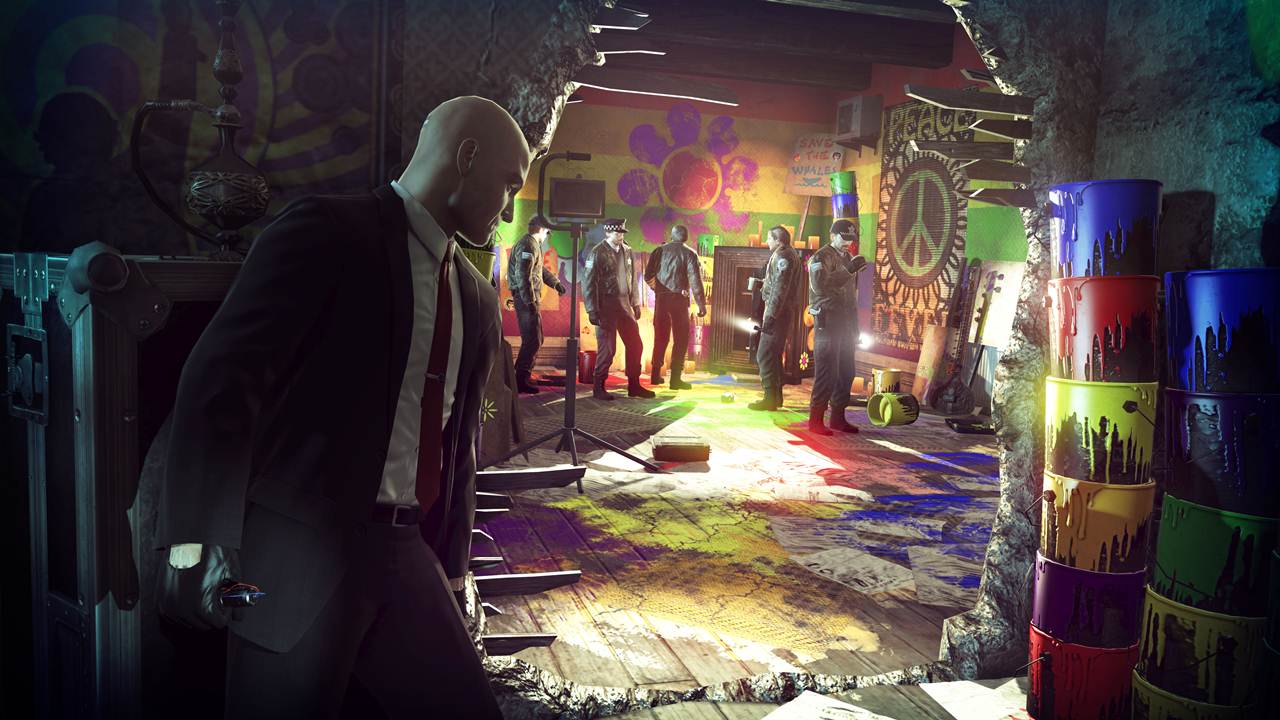 Being built as a stealth game, it carries the penalty of getting caught. It can be absolutely frustrating to spend ten minutes scoping the area, finding your targets, watching the guard patterns, and then execute your plan of attack, all to be foiled because it takes too long to choke your first victim. The most frustrating instances are when you take down a guard in your way, hide the body, and then turn around to find another guard has taken his place. In one level, I was underground and came across a heavily guarded area. There was a flammable barrel in front of a locked gate. Past the gate was a guard. So I unlocked the gate and fell back. I threw a bottle to get one of the guard’s attention to a certain area area. When he came closer, I shot the barrel and blew him to bits. This triggered a fruitless search from other guards. When all was clear a new guard stood at the end of the gate, and now I had nothing to lure him with.

For all the work on characters and the main story, sometimes it fell a little flat and really made no sense. The biggest culprit comes in the form of Sanchez, the Mexican guard. He’s freakishly huge, and serves no point to the game or story. After watching the titillating trailer a few months ago which featured the Saints, a mercenary team of S&M nuns, I found their fights to be a little anti-climactic even though their levels were the coolest looking. 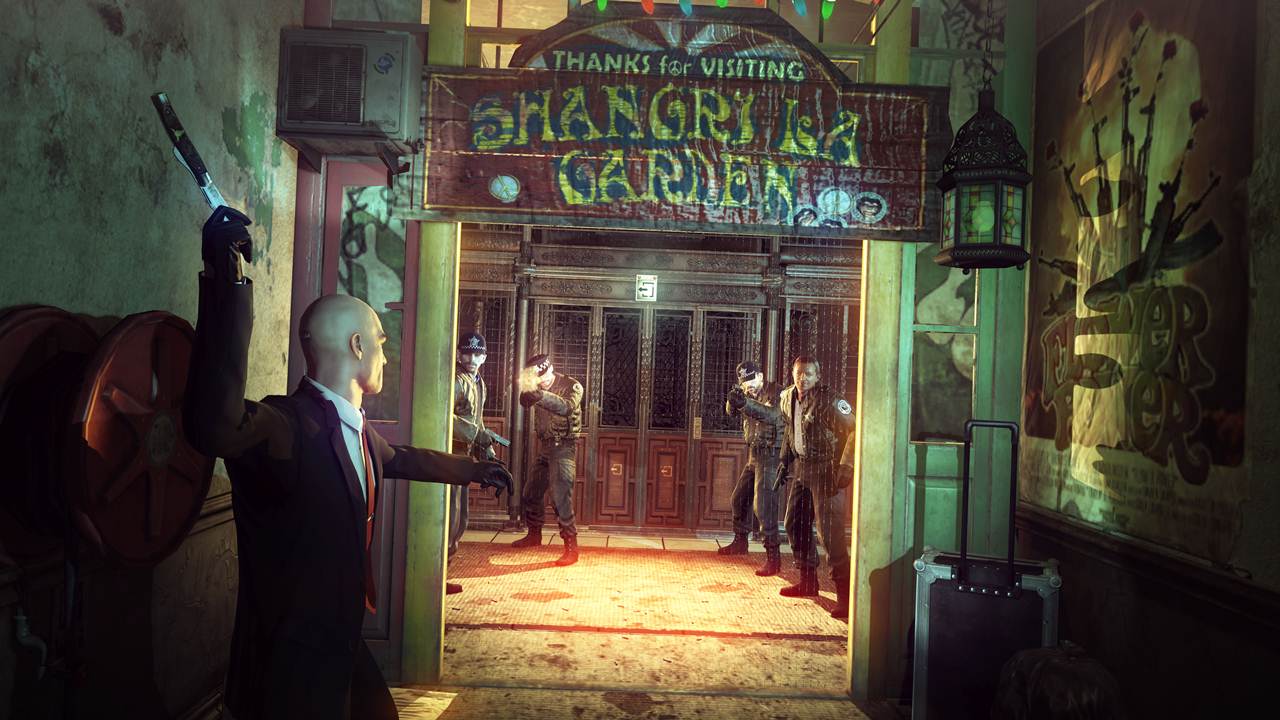 Online play is broken down to carrying out contracts. You can either take existing contracts, or you can take player created contracts, which also means you can make contracts for other players. Players don’t have the option to play together, rather they can just compare their overall scores. I played a few levels online and sometimes it felt like the only way to get a good score was to treat it like a speed level, however I still had a lot of fun with it.

Hitman: Absolution has a few minor flaws, but in the grand scheme of things, it’s a rather solid package. The story is engaging, the gameplay is exciting with so many different ways to take down your targets, and characters are handled pretty well. I’m not sure why Hitman Absolution feels like it’s in the same world as Quentin Tarentino, but it could do something with a lot of women in S&M outfits. Overall, this is a game that can seriously be recommended to all. Although fans of stealth games will have more fun, who’s to say you can’t kill everyone in a blazing shootout? I had to resort to it a few times and I lived to tell the tale.

Final Verdict:
EDITOR’S CHOICE
Hitman: Absolution takes a contract out on sneaking games and rightly retakes its claim on being the original assassin.
A copy of this game was provided by Developer/Publisher/Distributor/PR Agency for review purposes. Click here to know more about our Reviews Policy.