This is where it all wraps up. After the last seven months of traveling the world in the shoes of Agent 47, developers IO Interactive have concluded their fascinating season with Hitman Episode 6: Hokkaido. And what a ride it was.

In Episode 1: Paris, we started out by learning the ropes of stealthily killing our enemies. Along the way we were given clues along the way that lead us into the overarching story. That story would unfold over the course of six bite sized but immersive episodes, each more tantalizing than the last. Following thereafter was Episode 2: Sapienza. Set in the wonderful city of Sepienza, Agent 47 explored the beautiful city of Italy where he gained further clues behind a secret organization which called themselves “Providence.” In Episode 3: Marrakesh Agent 47 finds yet another key that leads him to another clue that lets him figure out just what Providence have been up to, and how to possibly end their plans.

Then, in Episode 4: Bangkok, Agent 47 came to find out that all of these missions he’s been sent on have been orchestrated. He figured out that there’s something even bigger behind everything he’s been through. Then the penultimate Episode 5: Colorado showed Agent 47 that there are far more dangerous people in this world that he so freely travels through. 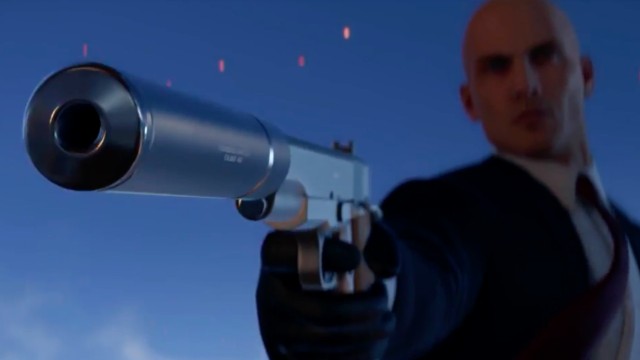 "Switching disguises becomes a key part to getting through specific locations and rooms without getting caught right away. "

Episode 6: Hokkaido takes place in the wonderful country of Japan. There we find that the ICA are done playing games and done being manipulated throughout the course of the season. Agent 47 starts out in the exclusive GAMA private hospital and resort, a location more fantastic than any place imaginable. This hospital-resort teases the player by adding luxurious accommodations mixed with extensive, state-of-the-art research and development facilities where guards watch over every corner.

This sort of environment leads to many changes in the game’s conditions which lead to how Agent 47 must look and fit in within each location. Switching disguises becomes a key part to getting through specific locations and rooms without getting caught right away. Hokkaido proves to be the biggest challenge in the season and that makes the stealthiness of the situations that much more important; putting pressure on me throughout the experience was fun and intense.

It really made me feel that I had to earn my way around rather than have it handed to me. Some of the best moments of being in disguise is Agent 47’s ability to instantly professionalize himself into any role as if he knows what requirements it takes to fill the job of the shoes he’s in. 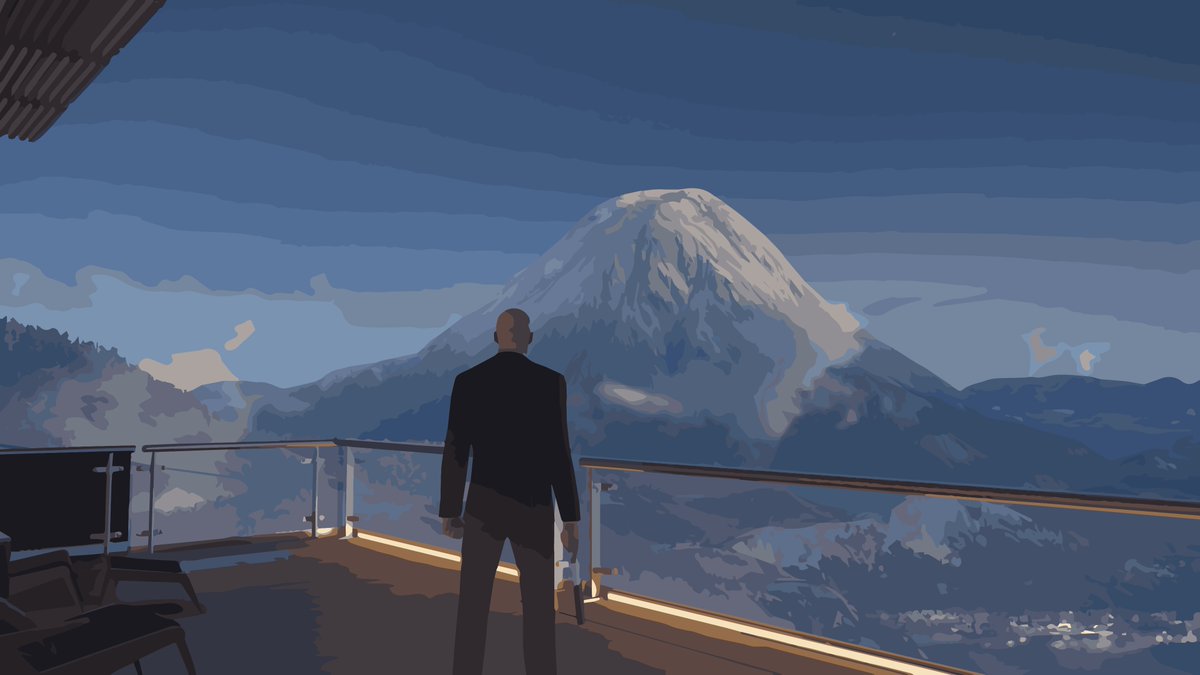 "Somewhat of a step-back from previous episodes, NPC AI were often not responsive to kills around them."

The overall level layout is a little tighter than compared to other episodes (save Bangkok). Much like the hotel in Episode Bangkok, the corridors are tight, and everything looks ultra clean (as a hospital should be). There’s a clear foreshadowing within the hospital-resort of good and bad: The resort shows the good side of things and the medical facility foreshadows the bad. The game doesn’t play into the visual opposites too much, and whether it was intentional or not, it makes for a really great atmosphere, nonetheless. The steel grays, and beautifully clear glass of the facilities, along with the operating equipment and specialized rooms where procedures take place makes the hospital not only look fantastic but immerses the player into something that feels very real.

The Opportunity systems returns once again in Episode 6. This awesome system will show some interesting and skillful ways to take down enemy targets throughout the episode. You can find a heap of fun trying out new techniques with the Opportunity system and figure out which ways you’d like to end your target’s life. Most of them, of course, will involve dressing up as someone else.

These opportunities will always have clear advantages. But let’s face it: advantage or not, they’re plain fun to take enemies down in all-new ways. What caught me off guard was the unresponsive AI reactions all throughout the entire episode. Somewhat of a step-back from previous episodes, NPC AI were often not responsive to kills around them. I could kill an enemy near a patient who’s just wandering the halls and there would be no reaction from there, from time to time. I’m not sure if I am the only one who had this problem, but it took a little bit from the great experience I had from previous episodes. 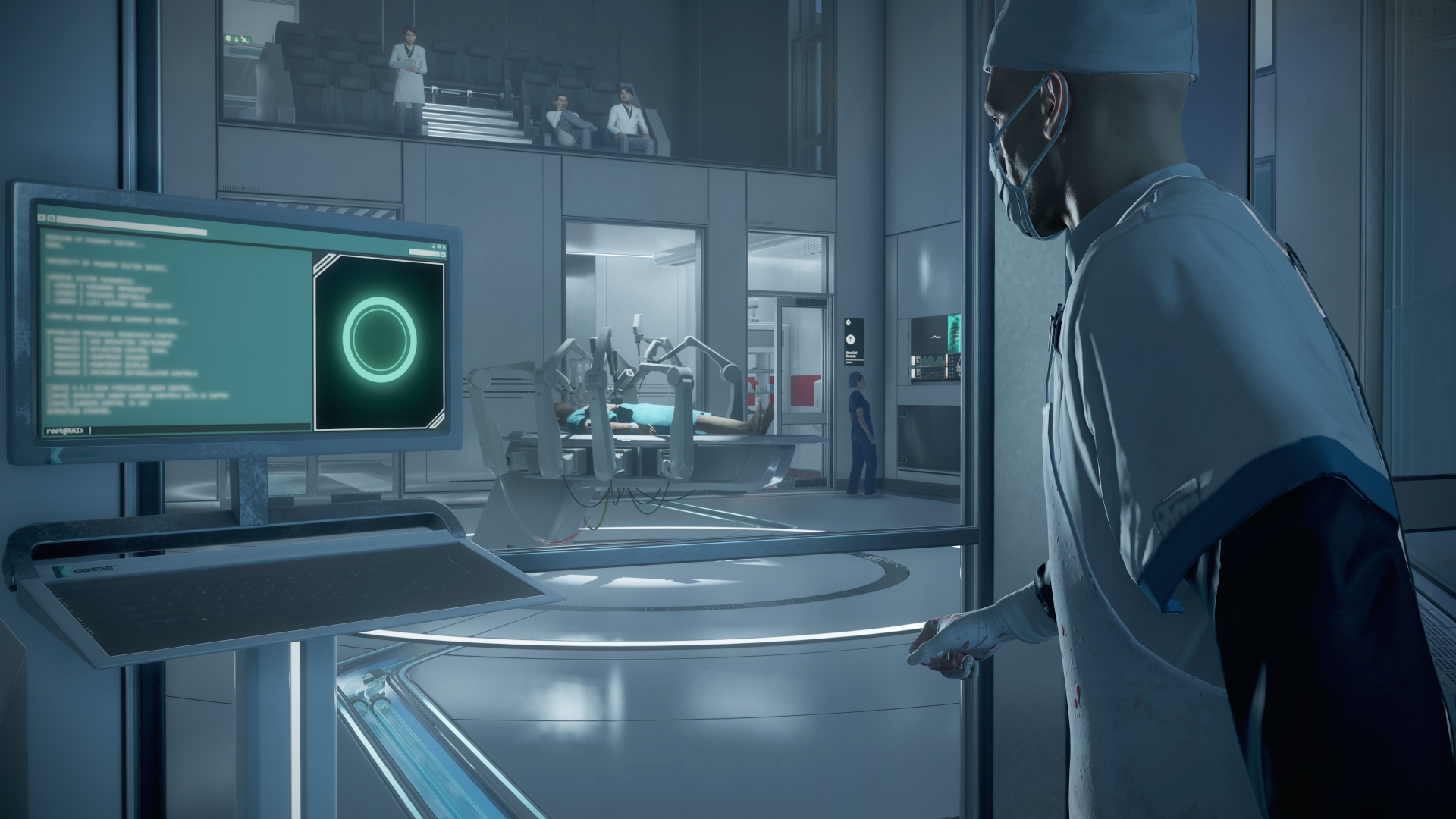 "The finale to the first season is nothing but a first class experience."

After everything is said and done, this is a stellar conclusion to a stellar first season. From fantastic music that builds on the game’s momentum at every turn, to interesting kills and fun ways to play around in costumes; there’s very little to complain about within this episode. AI tends to be an interesting mix of both good and bad but if you can overlook these minor issues, the finale to the first season is nothing but a first class experience.

AI is a little jumbled.

Final Verdict:
AMAZING
Episode 6 proves to be one of the best episodes in the season and really places its mark on the entire series with a fitting end.
A copy of this game was provided by Developer/Publisher/Distributor/PR Agency for review purposes. Click here to know more about our Reviews Policy.