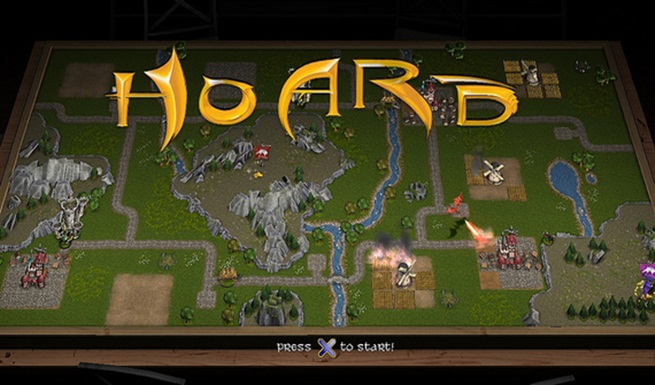 Today’s PlayStation Network update will include the long-awaited demo for HOARD, Big Sandwich Games’ critically acclaimed action strategy game about dragons and their treasure. The full game is already available for purchase on the system.
Hoard is at its strongest with a controller in hand,” says Tyler Sigman, the game’s designer. “We know that the addictive gameplay really sells itself when players get a chance to try it. We also know that a lot of consumers still don’t know HOARD™ exists, so we’re glad to finally make the demo available and remove that obstacle to new people trying the game!”
The demo will allow gamers to sample their fire-breathing, gold-collecting skills on several maps and game modes, including a 2-player local (“couch”) co-operative level. The full game includes 4 game modes, over 35 maps, leaderboards, trophies, and any combination of local and online multiplayer making HOARD™ one of only a few great options for 4-person couch-party style play.
The full version of Hoard  is for sale now on the PlayStation Network for $14.99, and includes dozens of hours of gameplay and over 100 unique badges to be earned.