Hob Interview: Out of the Torchlight, Into Mystery

It’s amazing to see the journey that Runic Games has been on. Founded with such names as Max and Erich Schaefer, who also founded Diablo studio Blizzard North, Runic Games went on to achieve great success with the Torchlight franchise.  After Travis Baldree and Erich Schaefer left to found Double Damage Games, it seemed like Runic would be on the down-low for a while. Fortunately that doesn’t seem to be the case – the studio has Hob, an action adventure puzzler that encourages manipulating one’s environment and discovering secrets.

Runic Games founding member Wonder Russell spoke to GamingBolt about the gameplay in Hob and what players could look forward to. 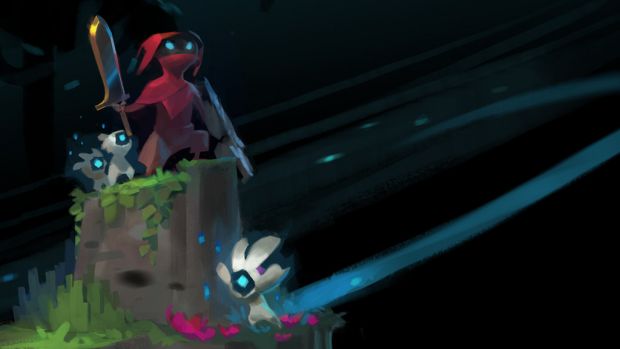 "Fans have pointed out that Hob has a Metroidvania-inspired feel; the way the world is gated has elements of classic exploration games we love, that also involve back-tracking through previously explored areas."

What inspired Hob’s mechanics and world? How did you go from a loot game like Torchlight to a more exploration based game?

Wonder Russell: Hob is a combination of all the games we love to play. We all enjoy playing puzzle-platformers that are a good balance of adventure and puzzles. We came up with a great story at the heart of Hob that is told through the action instead of dialogue, and it’s really exciting to develop. Besides that, we’ve been making the Torchlight franchise since 2008. That’s a long time to play in just one world, especially for a small team. Variety keeps us sharp as well as happy!

What are the various ways players can transform their arm in Hob?

Wonder Russell: The glove-arms in Hob pull double duty; they’re used for getting around the world as well as for combat. Every upgrade helps you unlock new playable areas and also defeat enemies in a smarter way than just dealing out melee damage while trying to stay alive.  They’re also very practical – without the glove, you wouldn’t be able to push or pull the building blocks of the world. So far we’ve shown off the magnet glove that can pull things to you, or pull you to an object much like a grappling hook. We’ve also shown how the glove can double as a shield in combat. We’ve got more coming… your character will have an arsenal of tools to engage with the world.

How do the transformations play into the world you can unlock and explore? Is there a Metroidvania style of progression there?

Wonder Russell: Fans have pointed out that Hob has a Metroidvania-inspired feel; the way the world is gated has elements of classic exploration games we love, that also involve back-tracking through previously explored areas. The world-shifting mechanic of Hob is intrinsic to the narrative. The more regions you can shift and unlock, the closer you get to the heart of the story. 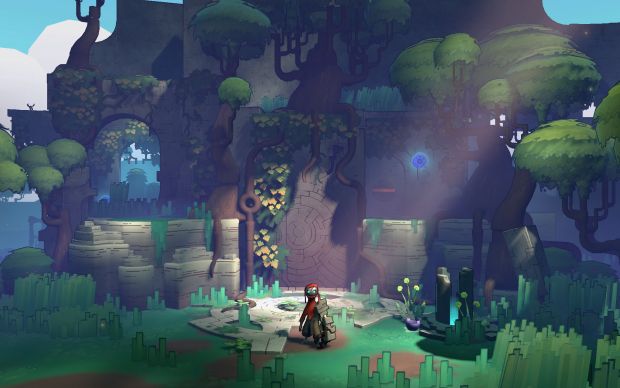 "Whole areas are inaccessible until you master the puzzles that keep them out of reach. But even in our earliest builds there were small secret bonuses and areas that are harder to find."

What kind of story can we expect with Hob? Is there a definitive “end” to the tale being told or are things kept relatively open and ambiguous for the most part?

Wonder Russell: Exploration in the world of Hob is an open experience and deliberately ambiguous, but don’t be lulled into thinking that’s all there is; a strong narrative is at work behind the scenes, revealed bit by bit as you explore. Ultimately, you will learn the secret about why you are there.

Is there a way to completely “solve” this Rubik’s Cube of a world? Or will there be plenty of secrets for even the most hard-core players to find?

Wonder Russell: Solving the world is a must! Whole areas are inaccessible until you master the puzzles that keep them out of reach. But even in our earliest builds there were small secret bonuses and areas that are harder to find. We watched a ton of people miss them at PAX Prime, though sometimes we’d point out ‘Hey, see that vine? Try jumping to it!’ We like games that reward exploration, and that’s what we’re doing with Hob.

What kind of playtime can we expect for Hob?

Wonder Russell: Hard to say at this point since we’re still in development.

What are your thoughts on bringing Hob to the PlayStation 4 along with PC?

Wonder Russell: Very excited. Sony has been an amazing partner so far. We went to our first PSX (PlayStation Experience) and had a great time. The response from the fans was incredible.

Wonder Russell: We have faced and continue to face constant challenges developing for two platforms at once. However, our programmers say developing for both has been a weird, fun sort of challenge! 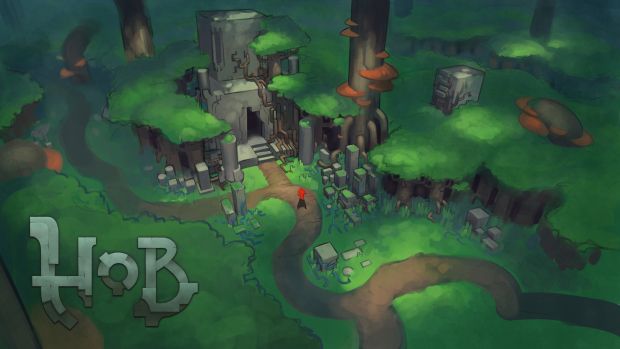 "This project has been an incredible journey and we can’t wait to share Hob with the world."

Will Hob ever be coming to the Xbox One? Are there plans to expand to other platforms?

Wonder Russell: We don’t have plans for any platform beyond PC and PS4 right now, but that doesn’t mean we’re not open to eventually having plans.

Wonder Russell: It will run like silk and cream down a freshly iced luge.

What can you tell us about the engine used for Hob?

Wonder Russell: Since our inception, we have been using an open-source engine called Ogre. We’ve made a ton of changes over the years and it’s definitely a highly customized engine at this point.

Wonder Russell: We began Hob with the explicit goal of stepping out of our comfort zone to create a new and innovative experience like nothing else we’ve done before. A story without dialogue, tightly knit combat and progression that act as a challenging puzzle in itself, and what we’re most excited about: a world that dramatically transforms and changes based on your interactions. This project has been an incredible journey and we can’t wait to share Hob with the world.