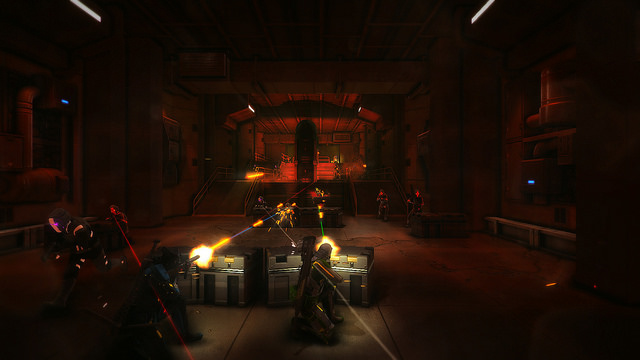 At their Gamescom presentation, Sony confirmed that Hollowpoint, Paradox’s highly tactical, four player co-operative action game featuring a blend of fast paced 2D platform shooter gameplay – directional aiming – with precision based 3D shooter gameplay – pin point reticle aiming – will be making its console exclusive debut on the PlayStation 4. And yes, I know that last sentence was a run on, but you know what, I don’t care.

‘Ruffian Games are an experienced console developer based in Dundee, Scotland. it’s great to branch out and work with a new partner like Paradox. We’re all massive fans of PS4, and releasing a game on Sony’s platform is an added bonus that is hugely exciting for Ruffian’s Hollowpoint team,’ said the team on the PlayStation Blog.

Stay tuned to GamingBolt for more of the latest and greatest coverage from Gamescom, and tell us if you wll buy Hollowpoint on the PS4 in the comments.