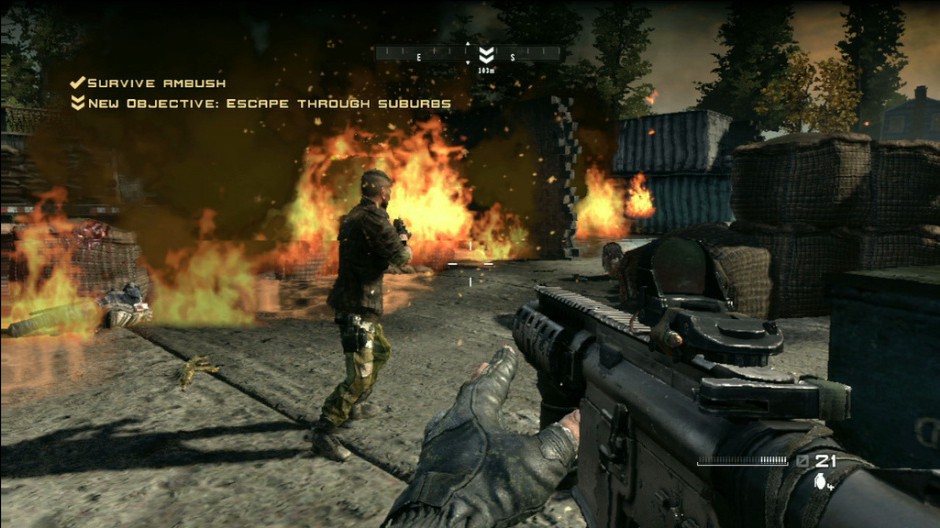 Homefront is still going strong, which on a side note is why we gave the game such a good review.  The latest DLC has been announced which will be entitled ‘The Rock’ suitably because of one of the maps being the infamous Alcatraz prison.  The map pack will include two maps for the Capture and Deathmatch modes.  Alcatraz which was once known as America’s most infamous prison system is now ground zero for some a close-quarters tactical gun fights.  You will get to see the Golden Gate Bridge as it is secured for large scale warfare and the realism of war happening either on the Spillways near homes or on the to storefront.  War will still rage on in the streets of the California in the Waterway.

The ‘Rock’ DLC be available on exclusively on the Xbox 360 for 400 MS Points (£3.43) first then is will be available before on the PC and Playstation 3 a little later.  In other Homefront news, the original developer of the game being Kaos Studios officially closing THQ Montreal is supporting the game fully making this not the first DLC pack for the game.  More importantly Homefront 2 is still planned to be developed.  I for one can’t wait.