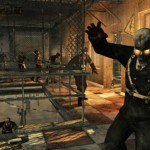 [HTML1] Check out the gameplay video from Treyarch's new DLC, showing off the new Moon map. This DLC only contains Zombie maps and will feature 5 of them. The map pack will launch first on the Xbox... Read More 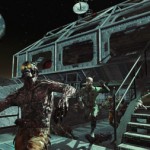 [caption id="" align="aligncenter" width="505" caption="New Map"][/caption] We have all been killing zombies on the ground, but now with the Call of Duty: Black Ops Rezurrection Map Pack coming out... Read More

Homefront is still going strong, which on a side note is why we gave the game such a good review.  The latest DLC has been announced which will be entitled 'The Rock' suitably because of one of the... Read More

The 'From the Ashes' downloadable content is coming to Killzone 3 on June 21st.  With Socom 4 out and other titles, Killzone 3 still remains a top multiplayer title for the Playstation 3 so I'm sur... Read More

[HTML1] Activision has released a new trailer for Call of Duty: Black Ops on PS3 and it shows off one of the maps in their map pack First Strike. The map pack released yesterday for the console an... Read More