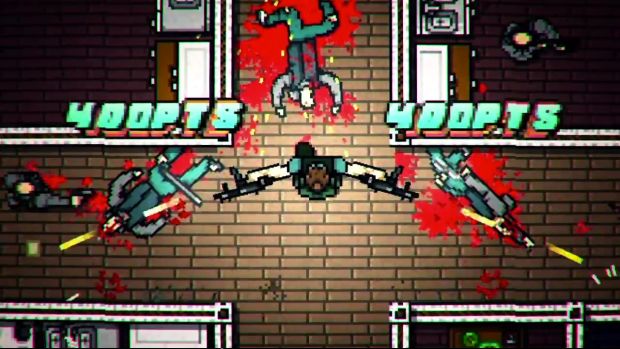 Dennaton Games finally provided an update for Hotline Miami 2: Wrong Number, the sequel to its ultraviolent stylish action title that had the entire industry raving. Originally slated to release in Q3/Q4 of this year, the developer has announced via the game’s official Twitter that it will be out later.

“Hotline Miami 2: Wrong Number is still getting some final tweaks and polish, expected to be ready for late 2014 or early 2015.”

However, it added that, “Your patience is appreciated and will ultimately be rewarded with everything you hoped for and nothing like what you expected.”

Hotline Miami 2 picks up directly after the first game from multiple perspectives. You’ll be controlling some new killers this time around, namely The Fans who take after Jacket’s escapades and commit brutal murders in the name of justice. Hotline Miami 2 will be out for PS3, PS4, PS Vita, PC, Linux and Mac OS X. Are you looking forward to it? Let us know below.